Three consumer concerns the packaging industry needs to know about

Tetra Pak's consumer research, carried out in mid-2020, found that they were most concerned about Covid-19 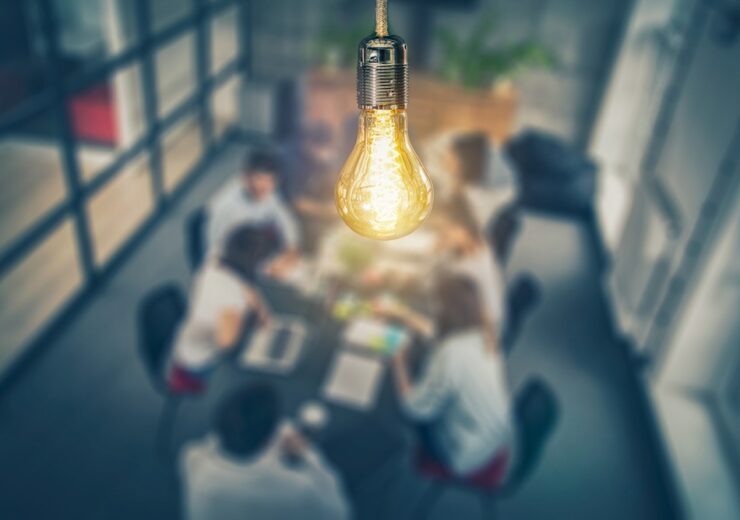 The Tetra Pak research, carried out in mid-2020, presented a novel but entirely unsurprising emergence as the most pressing issue, that being Covid-19 (Credit: Shutterstock/REDPIXEL.PL)

In November 2020, Swedish packaging industry giant Tetra Pak published its 13th annual consumer index, which is designed to give the company an understanding of people’s concerns.

Unsurprisingly, Covid-19 has caused a “strikingly different” consumer landscape when compared to its 2019 report, highlighting a dilemma between food safety and the environment.

The 2019 index found that the biggest consumer concern, by some margin, was the environment at 63%, followed by health at 46%.

This year’s research, carried out in mid-2020, presented the researchers with a novel but entirely unsurprising emergence as the most pressing issue, that being Covid-19.

The pandemic also pushed the environment down the list of global concerns – going from 63% in 2019 to 49% today.

In addition, worries about economic issues have risen up from 40% to 47%, which reflects the concern about the impact of Covid-19 on the economy.

Alongside this, it has sparked a significant rise in the global concern about food and future food supplies – cited by a combined total of 40% of people, compared with the 30% when merged as a single topic in 2019.

NS Packaging investigates three consumer concerns highlighted by the report, and what this means for the packaging industry as a whole.

The research revealed that 68% of consumers believe that food safety is a major concern for society, with 59% of respondents tending to worry about the food that they buy being hygienic and safe.

In addition to this, the report found that people now believe “improving food safety” should be the manufacturers’ number one priority.

It also discovered that many consumers now “think twice” about the hygiene and sanitation procedures involved in processing, transporting, and preparing their food.

Its social media research found high customer concern about limiting virus transmission through food handling and packaging, particularly at the start of Covid-19.

At this time, consumer tensions were caused by a prevalence of misinformation causing over-cautious behaviour.

More generally, consumers are less sure about the aspects of food safety they can’t control – with particular concern around how products are stored in stores or markets, as well as industrial production, packing and sourcing.

Speaking at a webinar hosted by Tetra Pak, the firm’s business insights and analytics head Gisele Gurgel added: “We asked consumers across the value chain what their concerns where and what they believe is going to become a threat during and after the Covid-19 crisis.

“Many now think twice before buying a product because they want to ensure these products are hygienic.

“And this is not involving only the food on the shelf but involving the whole chain, like where the product was processed and how it was transported to the shelf.

“Then there’s the part of the supply chain where they assume the responsibility of these products, how they store these products in their home and how they consume up to their expiry dates.”

According to the report, there’s also a concern around how the products are stored on the market, finding that 43% of consumers are really interested to know more about how things are being stored.

Additionally, 36% of consumers think about how the product is manipulated and where it’s coming from, meaning it’s about the transparency of information.

Consumers involved in the study have also called on manufacturers to limit the amount of food waste being generated, with 45% of respondents raising this as an issue.

According to a study conducted by the UN Food and Agriculture Organisation, one-third of food produced for human consumption goes to waste.

If just half of this was recovered, it would be enough to feed the world.

The issue has been growing for a long time, however this has been accelerated by the pandemic, which has highlighted waste and fragilities in the food supply chain.

Tetra Pak’s social media research shows the issue has been heavily discussed online, with consumers in the US expressing “despair” about food banks running out of food despite high levels of waste occurring throughout the supply chain.

They’re also reflecting on their own individual behaviour as well as wider habits of consumption, and have a growth in discussion around initiatives such as moves to ban restaurants throwing food away and local composting projects.

This concern has resulted in 77% of consumers seeing food waste as a concern – and is seen as one of the top three priorities for manufacturers.

Speaking at the webinar hosted by Tetra Pak, charity Hubbub’s CEO Trewin Restorick believes the “shock of seeing supermarket stores empty” made people “reevaluate food and think about where it comes from, how it gets to them, and how they make the most from the food they’re buying”.

He added: “Obviously if we face the severe recession that many people expect, that concern is going to stay and perhaps even grow as people are worried about budgets and are being forced to put healthy food on the table.

“So food waste is definitely a big concern, but it’s interesting that although a lot of food waste is generated in the home, only around half of the people believe they can make a positive difference themselves in reducing food waste.

“Why is that? My suspicion is we’ve lost a lot of our culinary skills, so people perhaps are worried about safety, they don’t know what to freeze, they’ve lost some cooking skills and are perhaps concerned about how they can use a range of leftovers.

“There’s however an interesting dynamic for businesses to consider, so perhaps they need to start thinking about not just the packaging they provide or their supply systems, but also how they can help their consumers to get the most value from their food.”

Researchers involved in putting together the report have then investigated how to combine these two issues with a concern that has been at the forefront of people’s minds over the past few years, that being sustainability.

Speaking at the Tetra Pak webinar, Daniel Esty – professor of Environmental Law and Policy at Yale University’s Law School – said: “Sustainability is a global force and it’s going to be one of the most critical underlying elements of life in the 21st century.

“It has in fact been called the sustainability imperative, and it’s something that societies, political systems and now the corporate world is reckoning with.

“And that’s why corporate sustainability has emerged as such an important factor in business strategy the world over.”

Out of the biggest issues for those involved in the research, 52% said using more sustainable packaging is a problem that businesses need to tackle now and in the future.

In addition to this, 49% of people see environmental issues as one of the global concerns on their minds.

The social media research points out the value of on-pack sustainability credentials, providing a shortcut to decision-making as an assurance that they are making a better choice.

Alongside this, it’s necessary for brands to back up sustainability claims and clarify what their certification entails to maintain transparency and consumers’ trust.

It also found that people want businesses to make sure their packaging is consistent with the sustainability agenda and is protecting nature, with 70% of the public considering packaging made from plant-based materials to be relevant to them and something they want to see more.

Esty added: “Consumers are actively choosing certain products, ones they believe will meet the sustainability imperative they think all of us have an obligation to pursue.

“We can see in the data that 57% of consumers are likely to avoid products that have a lot of packaging, where they don’t think the company in its signal by its packaging is responding to these sustainability expectations.”

Regarding all of the consumer concerns highlighted in the report, Restorick believes there’s an “opportunity” for companies in the packaging industry to start to talk to people about the benefits of their products.

He added: “Not only in terms of food safety, but reducing food waste and creating these more sustainable packages, which helped tackle the climate crisis and built more diverse biodiversity.

“I think there’s a real opportunity due to this fundamental mindset shift that we’ve seen for companies to create a new conversation with their suppliers and consumers about what sustainable packaging really is.”