What is Crown? Profiling the US-based metal packaging giant

Crown supplies a range of packaging products across its business - including aerosol cans, closures and capping, and food cans 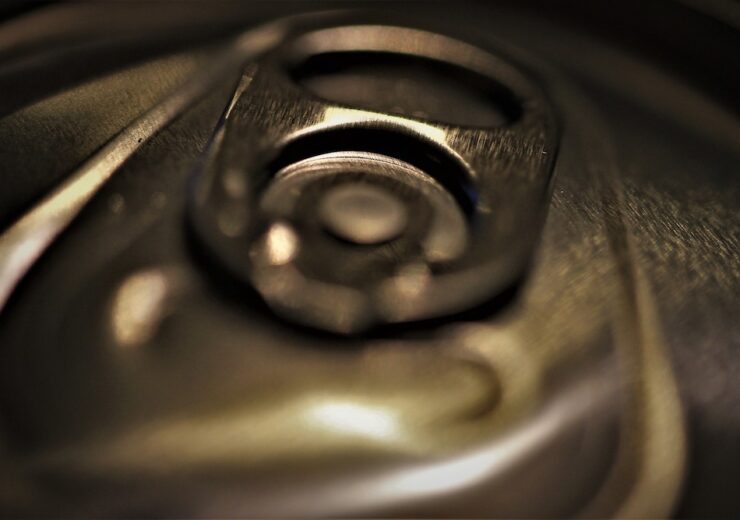 Crown is one of the world's biggest metal packaging producers (Credit: Pixabay)

Since being founded in 1892, Crown has grown into one of the biggest packaging companies in the world – reporting net sales of $11.6bn in 2019.

A major factor behind its size, which has operations in 47 countries, is due to it being a global leader in the metal packaging marketplace.

A significant part of the company’s operations is conducted through its World-Class Performance initiative, which is based on several guiding principles.

These principles include quality first – focusing on customer satisfaction through product and process quality – and serving its customers by building growth through close partnerships.

From the history of the company to how it’s looking to improve its sustainability credentials – we investigate what Crown is as a business.

Crown was founded as a manufacturing business in the US city of Baltimore in 1892 by William Painter, an Irish-born American who invented the crown bag for bottled carbonated beverages.

By the time Painter passed away 14 years later, it had greatly expanded its manufacturing base to include Europe, South America, and the Asia-Pacific region.

Over the course of the Second World War, Crown shifted its production to making war products, receiving a government citation for the development of a gas mask canister.

John Connelly took over as president of Crown during a difficult period for the firm in the 1950s, paring down the organisation and implementing stringent economies that helped the business recover.

By 1977, the company expanded its operations to become one of the world’s leading can and crown producers overseas, operating 60 plants aboard.

The beginning of the 21st century saw the firm complete a $3.2bn refinancing plan, forming Crown Holdings as a new public holding company.

In 2010, it launched the 360 End ahead of that year’s football World Cup tournament – this design allows the consumer to remove the entire lid, turning the can into a drink cup.

The following year, Crown published its inaugural sustainability report based upon fiscal years 2007 to 2010.

The 2010s saw the company make a series of acquisitions – which includes it buying Mexican aluminum cans and ends manufacturer EMPAQUE in 2015, and marketing-leading technology provider Signode Industrial Group Holding in 2018.

Also in 2018, Crown moved its global headquarters to Yardley – a borough of Bucks County in the US state of Pennsylvania.

What type of packaging does Crown manufacture?

Crown supplies different packaging products across its business – which include aerosol cans, beverage packaging, closures and capping, and food cans, as well as promotional and transit packaging.

These are used across a range of markets, including food beverage, general industrial, health and beauty and luxury goods.

The firm is also the leading producer of food cans and metal vacuum closures, as well as the second-largest manufacturer of beverage cans in the world.

It currently employs more than 33,000 people across 239 manufacturing plants and sales and services facilities in 47 countries – with its key research and development centres being based in the US village of Alsip and the UK town of Wantage.

Crown’s current CEO and president is Timothy J Donahue – a position that he has held since 2016, coming off the back of three years as its chief operating officer.

Twentyby30: How Crown is looking to make its packaging more sustainable

In July 2020, Crown launched its Twentyby30 initiative, which established 20 environmental, social and governance goals it’s aiming to achieve by or before 2030.

Speaking at the time, Donahue said: “It is our duty as a global manufacturer to serve as a steward to our environment, our communities, our customers and our own workforce.

“The Twentyby30 programme is a bold, comprehensive initiative that represents the next chapter of our sustainability journey.

“The programme’s ambitious goals, which touch all aspects of our business, will help us accelerate our progress over the next decade, allowing us to make the greatest impact possible while reducing our footprint.”

It’s also looking to reduce water usage in its operations by 20% and replenish 100% of the water consumed in its plants back to high scarcity risk watershed by 2025, as well as send zero waste to landfill by 2030.

Alongside this, it has committed to supporting the increase of metal packaging recycling rates in its major markets, maintain or improve its industry-wide average of recycled content in metal cans and transit packaging products, and increase the recycled content of the plastic strapping it makes by 10% globally.

It’s also looking to make all of its operations meet a new consolidated “One Crown Standard” by 2022.

This will see the company unify all existing standards around migration, toxicology and safety utilised in various geographical locations.

By 2025, it will screen all food contact materials for the presence of Chemicals of Concern, taking action to eliminate them where necessary.

What is the company doing to tackle Covid-19?

Towards the end of March 2020, Crown published a statement regarding Covid-19, stating that it was essential for the business to protect the safety and well-being of its employees.

It also said it had set up global task teams to actively monitor developments relating to the pandemic, and was taking the necessary actions to minimise risk for global team members and facilities.

Alongside this, the firm stated it would be adhering to the latest updates made by the US’ Centers for Disease Control and Prevention and the World Health Organisation, as well as the directive of local authorities.

According to the company’s second-quarter results published in July 2020 – which saw net sales drop from $3bn in the second quarter of 2019 to $2.6bn – Covid-19 has had an impact on sales unit volumes.

Speaking at the time, Donahue said: “Crown has taken a number of specific actions, including increased safety measures at our manufacturing locations to ensure that they can continue to meet evolving requirements in a safe and timely manner.

“The health and safety of our employees, customers and partners is our highest priority.

“To that end, in early March, we established a cross-functional Covid-19 response team, which meets daily to address the dynamic issues related to the pandemic.”