Revealed in May 2018, the Single-Use Plastics Directive is part of the EU's wider Plastics Strategy, which aims to make such packaging recyclable by 2030 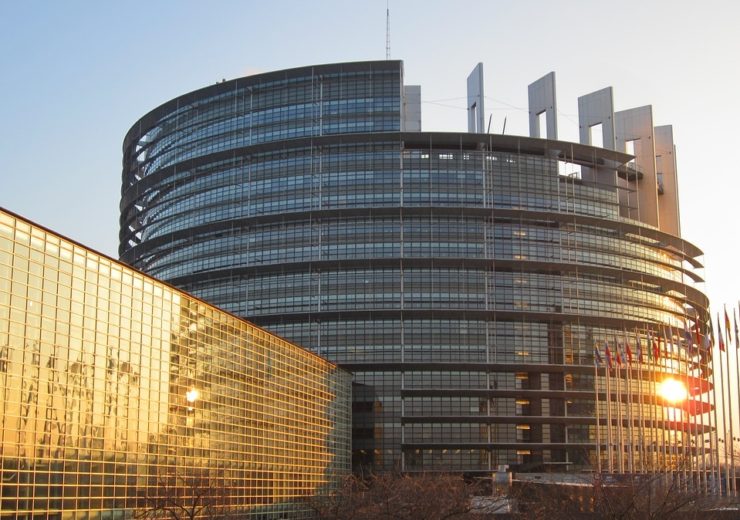 The EU Commission adopted the Single-Use Plastics Directive back in May 2019 (Credit: Pixabay)

In May 2019, the European Council formally adopted the Single-Use Plastics Directive, introducing new restrictions on certain products made from the material.

As part of the European Union (EU) Plastics Strategy, adopted in January 2018, the overall aim is to make all plastic packaging recyclable by 2030.

When first outlined in Strasbourg, first-vice president of the European Commission Frans Timmermans said: “If we don’t change the way we produce and use plastics, there will be more plastics than fish in our oceans by 2050.

“We must stop plastics getting into our water, our food and even our bodies.

“The only long-term solution is to reduce plastic waste by recycling and reusing more.

“This is a challenge that citizens, industry and governments must tackle together.

“With the EU Plastics Strategy we are also driving a new and more circular business model.

“We need to invest in innovative new technologies that keep our citizens and our environment safe whilst keeping our industry competitive.”

With the Single-Use Plastics Directive ranging from the implementation of a waste reporting system to clear definitions on all those involved in waste disposal, the regulations will have a seismic impact on the way extended producer responsibility (EPR) operates in Europe.

What does the Single-Use Plastics Directive propose?

Proposed in May 2018, the directive builds upon the EU’s existing waste legislation, setting strict rules for the top 10 most frequently found items polluting Europe’s beaches.

It also bans selected single-use plastic products where alternatives exist on the market, including cotton bud sticks, food and beverage containers made from expanded polystyrene and all oxo-degradable plastic, by 2021.

When this was announced in March, EU commissioner for environment, maritime affairs and fisheries Karmenu Vella said: “We should all be very proud of these new rules because they tackle marine plastic pollution at its source — one of the most called-for and supported EU initiatives among European citizens.

“After the favourable vote by the parliament today, our main task will be to ensure that these ambitious measures are quickly implemented in practice, which will be common work for public authorities, producers and consumers alike.”

Member states have also agreed to implement EPR schemes designed to cover the costs of the clean-up and management of litter by December 2024.

As well as this, EU countries have agreed to achieve a 90% collection target for plastic bottles by 2029, with new containers required to be made from at least 25% recycled content by 2025 and 30% by 2030.

As part of the of the Single-Use Plastics Directive, members states must implement an EPR scheme, which forces producers to pay varying amounts towards the disposal and management of certain plastic products.

These include containers of food for immediate consumption, packets and wrappers made from flexible material containing food, and beverage bottles with a capacity of up to 3-litres.

Alongside this, single-use beverage cups, lightweight plastic carrier bags, wet wipes and the majority of balloons must also be collected through EPR.

Although mandated for certain products by the Single-Use Plastics Directive, this system is commonly fully business regulated.

She said: “EUROPEN has been pleading for the right legislative framework for EPR.

“We realised the burden was on industry and at least, if we have to pay for recycling targets, we better make sure that there’s some harmonised legal framework in place that will help us increase its effectiveness and efficiency.

“So that was the main driver for us, as well as harmonisation, we have 28 member-states with different cultures, different set-ups.

“In order to get our sustainability goals, part of it is we need scale, we need volumes, we need our investments to pay off and we need to maximise the harmonisation.”

Outlined as part of the EPR rules in the Single-Use Plastics Directive, member-states must ensure producers cover the costs of gathering waste for the specific plastic items that are discarded in the public collection system.

This includes its infrastructure, operation and subsequent transport and treatment of waste.

Alongside this, nations that have signed-up to the agreement must define in a clear way the roles and responsibilities of all the relevant actors involved in the operation.

Also speaking the SPC Engage event in London, UK-based trade association Industry Council for Packaging and the Environment (INCPEN) chief executive Paul Vanston claimed this could have a serious impact on the current systems.

He said: “One of the things that needs to be done is to define a clear way for the roles and responsibilities of all the relevant actors involved.

Vanston also believes the need for a reporting system as part of the Single-Use Plastics Directive will have a significant effect on the UK.

He said: “The waste directive says there needs to be a reporting system in place.

“In the UK we already have two systems — for local you have non-statutory targets, they have what’s called wastage data flow with all the variables in.

“Producers have statutory targets, and they have the national packaging waste database.

“No surprises at all that those two systems were built independent from each other, and they don’t necessarily work with each other, and it’s very hard to know how we bring the two together.

“Details of tonnage and materials placed on the market was not collected, and that’s because we have two systems, so that’s going to be a major challenge bringing those systems together.”