The single-use plastics ban on straws and cutlery from the EU is, according to one policy advisor, a good step, but more needs to be done. 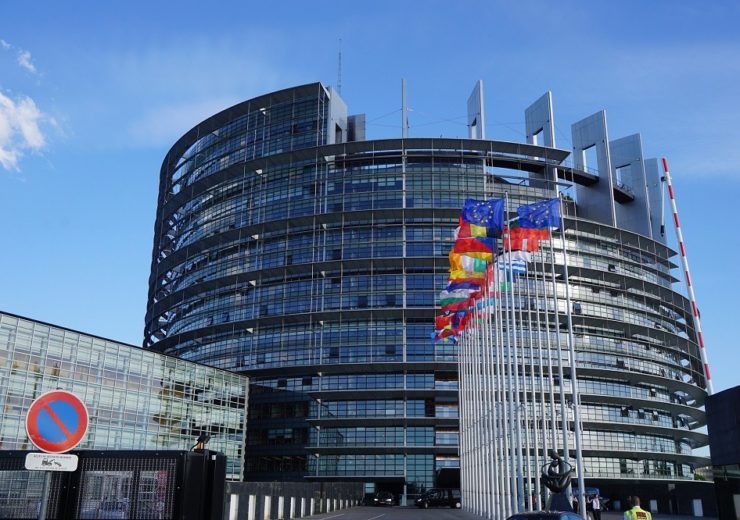 Plans by EU policymakers to ban single-use plastic (SUP) cutlery and straws is a step in the right direction, says a Greenpeace policy advisor.

The European Parliament voted to adopt the SUP directive at a meeting in Strasbourg, France earlier this week, with the motion passing by 560 votes to 35.

Greenpeace chemicals and pollution policy advisor, Kevin Stairs, has been working on the legislation alongside Brussels-based policy team Rethink Plastic, and said he is in favour of the bans.

He said: “The EU single-use plastic directive is a good step in the right direction and illustrates the growing trend away from single-use products.

“I’m especially in favour of the ban on SUPs, its reduction targets and alternative re-use business models, like Deposit Return Schemes (DRS).

What has been adopted?

The legislation approved by the members of the European Parliament included the announcement of a ban on all SUP cutlery, cotton buds, straws and stirrers by 2021, and a 90% plastic bottle collection target by 2029.

The laws will also introduce mandatory labelling on the negative environmental impact of plastic filters for cigarettes, plastic cups and wet wipes.

The directive forms part of the EU’s Plastic Strategy scheme, which launched last year with the aim of making all plastic packaging in the EU marketplace recyclable by 2030.

The EU Parliament’s first vice-president, Frans Timmermans, who is responsible for sustainable development in the Union, said: “We have taken an important step to reduce littering and plastic pollution in our oceans and seas.

“Europe is setting new and ambitious standards, paving the way for the rest of the world.”

Hans van Bochove, chairman of industry body The European Organization for Packaging and the Environment (EUROPEN), is calling for the EU to work closer with industry.

He explained: “Looking ahead, our collective priority must now be to ensure as much uniformity as possible in the implementation of the SUP policies, and resolve these legal uncertainties resulting from an unprecedentedly-rushed legislative procedure.

“The packaging value chain is committed to innovating for sustainability, which will require investments at scale.

“For this to happen, business needs clarity on the applicable rules and a coherent, long-term and stable EU policy framework.

“One single EU circular economy is preferable to 28 or 27 different ones.”

Plastics must be replaced with more sustainable alternatives, says Greenpeace

Although the passing of this legislation by the European Parliament and its goal to have all plastics in the Union recyclable by 2030 is a good step in the right direction, Stairs believes that more needs to be done to replace plastics with more sustainable alternatives.

He explained: “For multiple and continued-use plastic products, a material policy exercise is necessary.

“Many plastic products can, and should, be replaced with more sustainable alternatives.

“For the remainder of products that will be made of plastic, the material policy should be based on a finite set of polymers that are non-toxic and recyclable for long-lived and repairable products.

“As we know, there is too much diversity and hazardous additives in plastic today that renders recycling impossible, uneconomical and/or too contaminated.

“For non-SUP applications, a finite set of non-toxic polymers as material policy would provide the basis for recycling that would be supported by all, and would prevent much of the damage currently done to the environment.

“Far more, though, is needed than the EU’s SUP directive to solve the plastic pollution crisis, and create a viable, non-toxic circular economy within the plastics sector.”