Improvements including better communication, consistency and infrastructure could reduce the amount of waste going to landfills to 1% by 2030 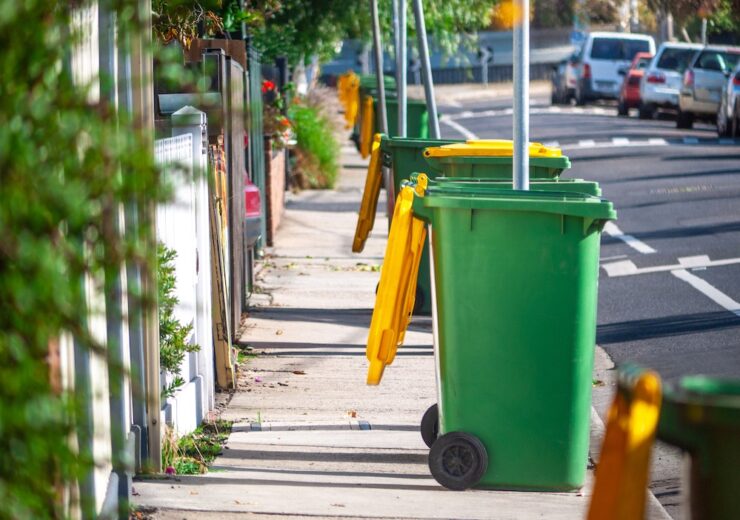 The British Plastics Federation's roadmap highlights how the UK recycling industry could expand over the next ten year (Credit: Shutterstock/Shuang Li)

At the start of 2021, the British Plastics Federation (BPF) launched a roadmap that focuses on how the UK can improve its recycling infrastructure up until 2030.

It highlights how the UK recycling industry could expand over the next ten years, more than tripling the amount of plastic waste recycled in UK facilities if the right drivers are in place.

The BPF’s Recycling Roadmap also looks at what the country needs to achieve if it’s to drastically reduce its reliance on exporting plastic waste for recycling and to reduce the amount going into landfills to 1% by 2030.

In addition to this, the report calls for there to be the same plastic waste collection schemes across all local authorities.

The BPF’s director-general Philip Law said: “The BPF Recycling Roadmap shows that with the right collaborative effort, we have the potential to be a leading light when it comes to rapidly developing the technology and infrastructure to recycle far more plastic.

“Drastically reducing our reliance on exporting plastic waste for recycling and the amount plastic waste going to landfill is achievable and this roadmap shows how.

“Most importantly, there needs to be significant investment in increasing UK recycling capacity.”

What could plastic waste look like under the roadmap’s 2030 vision?

Under the proposals set out by the roadmap, it’s estimated that, though the country would produce seven more tonnes of plastic waste by 2030, only 31% would be sent for energy from waste or to a landfill.

Key changes it sees as necessary in order to achieve this result includes technological advancements such as non-mechanical recycling, a legislative framework that’s supportive of domestic recycling in the UK and for kerbside film recycling to be established.

One area highlighted by the report – although not examined – is issues around legislation and enforcement.

The authors believe it’s “essential” that any legislation put in place does not have unintended consequences for the UK plastic recycling sector, and instead, there needs to be the right fiscal incentives in place to drive up recycling rates but in a sustainable way.

One legislative change highlighted by the roadmap is its introduction of an extended producer responsibility (EPR) scheme – where manufacturers and distributors are required to finance some or all of the collection and recycling of products they put onto the market.

It notes this may be a key catalyst in the majority of the drivers and changes to the system, providing a funding mechanism that can enable the UK plastics recycling industry to develop in the UK by 2030.

Constituency in kerbside plastics recycling needed across the UK  by 2030

A reform seen as a necessity in order to achieve the roadmap’s end goals is the need for consistent collection reform, which the government is expected to conduct in 2023 – with all local authorities needing to put it in place by 2028.

Therefore, by 2030 local authorities will be collecting both plastic bottles – including clear drinks and milk containers, detergent, shampoo and cleaning products – as well as PTT, including PET trays and PP tubs.

Because of this, collection methods used by councils will have started to be simplified to create less variation while allowing schemes that meet the needs of different property types and communities.

In order to better improve the impact that kerbside recycling can have, the authors of the roadmap believe film flexible recycling needs to be part of a core set of materials under consistent collections and in line with other materials in the review in 2023.

For all plastic sectors not collected via kerbside recycling, there needs to be a greater focus on the end of life, ensuring these valuable waste resource streams do not end up in landfill or other waste disposal routes.

The authors of the roadmap believe this could be incentivised through extending the level of producer responsibility to provide a regulatory driver to recycle and recover products in various markets – including toys, sports, leisure and construction.

How communication, jobs and design can be improved by 2030?

By 2030, according to the roadmap, the legislation will be in place for all products to be labelled for recycling that has a binary system with clear “yes” and “no” labels – which build on changes made by the On-Pack Recycling Label (OPRL) system.

In addition to this, national communication campaigns would have taken place targeting items known to have lower capture rates, which in turn should lead to higher levels of engagement.

Increases in investment through schemes such as EPR will also create a large number of additional jobs that would gradually be added over the time period up to 2030.

Not only that, investment in the recycling infrastructure would always generate revenue.

A report published by the circular economy non-governmental organisation the Ellen MacArthur Foundation found that improvement in product design and materials – alongside increased collections, recycling and improvements in underlying technologies – could create an additional €30bn ($36.1bn) of revenue across Europe.

Alongside this, an agreed methodology for life cycle assessments should be in place by 2030, allowing for fair and accurate comparisons to be made between products.

These will also be more widely used and form part of all product designs by 2030.

According to the roadmap, In 2020 there were already design-for-recyclability guidelines available and organisations were starting to collaborate to ensure consistency.

These guidelines should be produced in line with other legislative developments in the UK and made available to designers and manufacturers, ensuring that standards for designing and manufacturing in the circular economy are clear.