Companies that are a part of the new plastic waste coalition includes Henkel, Walmart, Unilever, Johnson and Johnson, The Coca-Cola Company and Tetra Pak 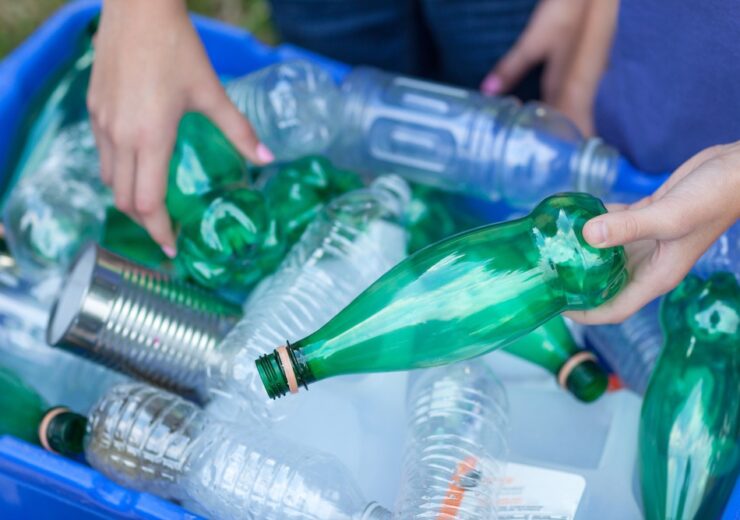 Focusing on key packaging design changes, these actions aim to reduce plastic waste through moves that will impact the quality and recyclability of plastic packaging (Credit: Shutterstock/spwidoff)

Some of the world’s biggest companies in consumer and packaging goods have come together to form a new coalition designed to tackle plastic waste.

Made up of 36 businesses including The Coca-Cola Company, PepsiCo, Amcor and Walmart, the Plastic Waste Coalition of Action from The Consumer Goods Forum (CGF) has announced moves to change the industry’s relationship with plastic packaging.

Focused on key packaging design changes and the development of a framework for optimal extended producer responsibility (EPR) programmes, these actions aim to reduce plastic waste by driving tangible moves that will impact the quality and recyclability of plastic packaging.

The development of the new coalition builds on the CGF’s 2018 endorsement of the Ellen MacArthur Foundation’s New Plastics Economy Global Commitment.

Unilever CEO Alan Jope said: “We must urgently take action to stop plastic waste and move to a circular model.

“This is the number one priority for us as a Coalition. No one business can achieve this on its own, which is why we’ve joined forces to drive change across our own industry and to hopefully set an example for other sectors.”

“As the companies that design, package, and sell the products, we must be a substantial part of the solution.

“As a coalition, we actively support impactful decisions, and thoughtful policies that reduce plastic waste.”

The coalition’s determination to drive progress towards a new plastics economy is embodied in its four main priorities.

The first of which sees it adopting plastic packaging design guidelines to reduce the amount of plastic used in packaging, while also increasing its value, quality and recyclability.

In addition, the coalition is looking to align on a framework for EPR programmes to support the improvement and development of waste management systems worldwide.

The group is also looking to support recycling innovations, and pilot new programmes in advanced and transitional markets to increase recycling rates.

Based upon its priorities, coalition members have finalised the first two of a series of “Golden Design Rules” for developing plastic packaging that accelerates progress towards their aim of using less and better plastic.

This aims to help reduce the complexity of the recycling process for different materials, which in turn increases their recycling rates.

These first two rules focus on making PET bottle recycling more valuable and removing problematic elements from packaging – such as carbon black, PVC and EPS – which complicate the recycling process.

Consumers will be able to see the impact of these as everyday products will be packaged in materials that can be recycled more easily.

The coalition members have committed to adopting these rules wherever possible by 2025.

They’ve also committed to reporting on their implementation of the rules through a process aligned with the Ellen MacArthur Foundation’s New Plastics Economy Global Commitment reporting.

Additionally, Coalition members have released a position paper, Building a Circular Economy for Packaging: A View from the Consumer Goods Industry on Optimal Extended Producer Responsibility, that provides a framework for the development of EPR programmes around the world.

“We know the public sector has an important role to play. A spirit of public-private partnership lies at the heart of our new guidance around optimising extended producer responsibility systems.”

Walmart CEO Doug McMillon added: “The continued and widespread use of plastic in our industry has brought into focus the need for swift action to reverse its negative effects on our planet and people – the industry has taken steps, but, so far, our work has not been enough.

“This work is critical to our own goal of becoming a regenerative company – one that restores, renews, and replenishes – and we’re eager to make progress together.”