Nudging consumers to improve their recycling: What is the On-Pack Recycling Label? 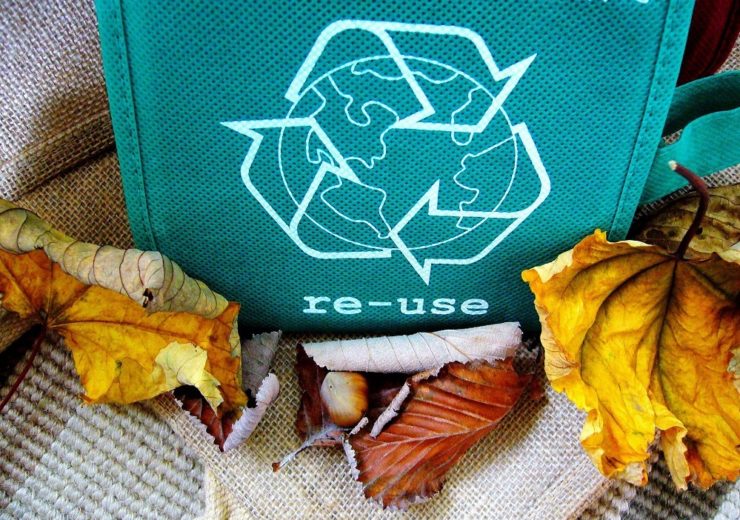 On-Pack Recycling Label currently has six sets of symbols which can be used on its packaging (Credit: Pixabay)

Some of the world’s biggest producers of consumer-focused products — such as Unilever, The Coca-Cola Company and Nestle — are all committed to enhancing the circular economy,  but for this to work, the rate of recycling needs to greatly improve.

Even in countries with the highest rates, such as Germany or Wales, residents only recycle between 50-60% of their recyclable waste.

No small part of this is due to confusion among consumers on what waste can and can’t be recycled.

Insurance comparison website Confused found 54% of British people believe the rules are so confusing that they don’t properly recycle — with 40% of the public thinking the process should be simplified.

Recycling labels make up one method being used to improve consumer understanding of what can and can’t be recycled.

First introduced in 2009, the UK’s On-Pack Recycling Label (OPRL) scheme was set-up to deliver a simple, consistent recycling message on consumer packaging across the nation.

Speaking at charity the Sustainable Packaging Coalition’s (SPC) Engage conference, the organisation’s chair and director Jane Bevis said: “Within the UK Plastics Pact, one of the targets is that by 2025, 75% of plastic packaging is recycled, and the only way that’s going to be achieved is by recruiting consumers to actually get that back into system for us.

“All the packaging materials are owned by corporates in one form or another, including local authorities, all the way around the value loop, apart from when, in the UK, we give them to 65 million people and cross our fingers that they’re going to come back to us.”

History of the On-Pack Recycling Label

The organisation was first set-up in March 2009 by trade association the British Retail Consortium (BRC), with the charity Waste and Resources Action Programme (WRAP) providing it with technical support.

Another supporter of the scheme when it was first founded was fellow trade association the Food and Drink Federation (FDF), following a consultation with its members.

Others committed to the idea at its inception included retailers such as Asda, Sainsbury’s and Waitrose, as well as food manufacturers including Weetabix Kellogg’s and Britvic.

Speaking at the time, then-environment minister Jane Kennedy said: “By standardising the information provided to shoppers, these new recycling labels make it easier for us to know what we can recycle and help us to recycle more.”

By November 2009, OPRL was found on more than 50,000 products, with former BRC director general Stephen Robertson hailing the vast support as a “vote of confidence” in the scheme.

Through OPRL, and with backing from the likes of chemical goods company Henkel, frozen foods business Birdseye and drinks manufacturer Innocent, the BRC launched a public awareness campaign a year later, with the aim of reducing the amount of recyclable packaging heading to landfill.

According to the organisation, the recycling labels it produces are trusted by three-in-four consumers and valued by 80% of local authorities.

How does the UK’s On-Pack Recycling Label scheme work?

The voluntary scheme initially had three types of symbols, but has since grown to six.

The first symbol on offer is the “widely recycled” label, displayed on an item which is recycled by 75% or more councils that offer it for kerbside collections.

For items recyclable by 75% or more councils but not necessarily collected from households, a label will tell the consumer to check their local kerbside recycling scheme.

A “check locally” label is found for items collected by 20% to 75% of councils as part of its kerbside scheme.

The “not currently recycled” label is found on materials collected by less than 20% of councils.

OPRL also offers the “recycle with carrier bags at larger stores — not at kerbside” label, which can used on items with particular packaging challenges, such as paint cans, where consumers can take it to a local council recycling centre.

In research conducted by the organisation, it found that on-pack labelling is one important channel communicating to consumers, used as just a “quick nudge”.

Bevis said: “A strong percentage of UK consumers usually check on-pack labels when they’re not sure and they just want to confirm to themselves they’re doing the right thing.

“They glance as their hand goes towards the bin, almost subliminally, with the symbol being something that they notice rather than actually read in full detail.

“That’s why we need to embed within consumers’ minds an automatic Pavlovian response to recycling labels.”