Based at the John Lewis store in Oxford, the trial will include the end of of 5p plastic bags being offered to the shop's customers 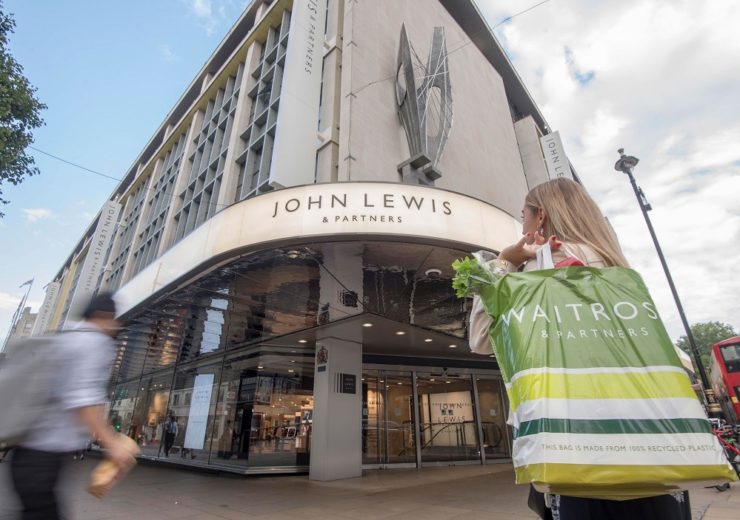 John Lewis will test eight ways that both the business and its consumers can use less plastic (Credit: John Lewis Partnership)

UK-based department store chain John Lewis has launched a pilot scheme to encourage a “reduce, re-use and return” mentality for packaging among its customers.

The firm will use its Oxford store to test eight ways the business and consumers can reduce their impact on the planet by preventing thousands of tonnes of plastic and packaging heading to landfill.

As part of this, the store will stop the sale of 5p plastic carrier bags to reduce the amount of waste it produces, with the retailer encouraging shoppers to bring a bag or buy a reusable one.

The department store estimates this could save 5,000 tonnes of plastic over the course of a year.

John Lewis’ head of sustainability Stephen Cawley said: “Our customers have told us they want us to help them reduce their impact on the planet and that reducing and recycling packaging is key for them.

“Our message that we want customers to take away just the product that they love and reduce and re-use the packaging that they don’t will be clearly communicated throughout the shop.

“We will listen to customer feedback on this blueprint before deciding what we should introduce to other shops.”

As part of the process, the Oxford shop will trial a reusable bag made from 100% recycled material for its Click & Collect products — meaning customers will be handed their orders without additional packaging.

Alongside this, John Lewis will test recyclable wrapping for china and glass products purchased in the store.

Loyalty card members who bring back empty beauty product packaging and second-hand clothing will be rewarded with gift vouchers.

As well as this, customers booking home deliveries through any of the chain’s stores will be offered the chance to reduce carbon emissions by selecting a “eco-delivery” slot timed for when a vehicle is due to be near their home.

The company has also announced that its beauty product recycle scheme named “BeautyCycle”, which was tested earlier this year, is being permanently introduced to 36 John Lewis shops with a beauty department.

These new trials are done as a part of moves from the organisation to become more eco-friendly, with the firm offering mattress and sofa take-back services, recycling approximately 2,000 used sofas and 55,000 mattresses in 2018.

Another John Lewis & Partners’ business, Waitrose, has also been making moves to ensure its stores are more sustainable — and it is currently testing its “Unpacked” scheme on two sites.

The trial, based at shops in Oxford and Cheltenham, will include a frozen fruit “pick and mix” initiative, where customers can bring their own containers.

The scheme also offers refill stations for drinks and washing up liquids, as well as a set of 28 “essential” items including pasta, couscous and lentils.

Waitrose & Partners head of corporate social responsibility Tor Harris said: “The reaction to Waitrose Unpacked has been incredible with the invaluable feedback from thousands of customers giving us the confidence that they are prepared to change how they shop with us.

“We are keen to take the Unpacked concept forward and these additional tests will help us achieve this, as well as understand its commercial viability.

“Through working with our customers and suppliers we will continue to learn and develop ideas which have potential to be rolled out more widely.”

From November, the scheme will also be launched at Waitrose stores in the Oxfordshire towns of Abingdon and Wallingford.