Dell has pledged that for every product a customer buys, it will reuse or recycle an equivalent product 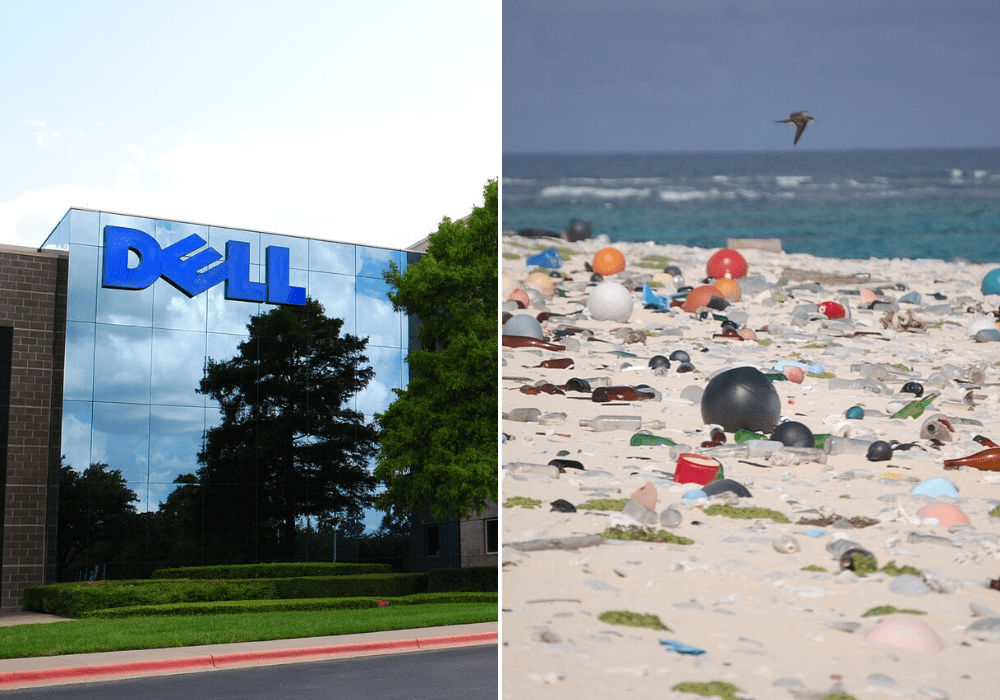 Dell Technologies has transformed the way it operates in recent years as increasing pressure mounts on firms to provide sustainable packaging strategies. James Murray speaks to Louise Koch about how the company aims to reach its ambitious sustainability targets over the coming decade.

For many years, the way items were packaged was rarely seen as an issue, but as the world looks to slash emissions by turning towards renewable, recyclable and reusable items to aid the environment, packaging will have a major role to play.

That is why some of the world’s biggest firms have committed to ensuring sustainable approaches have been placed at the forefront of their evolving business strategies.

One of those companies is US tech giant Dell, which has pledged that for every product a customer buys, it will reuse or recycle an equivalent product, with 100% of its packaging being made from recycled or renewable material by 2030.

Alongside that, its Ocean Plastic Programme is concentrating its efforts on helping break the cycle of plastics being dumped into the sea by keeping them in the economy.

How packaging is a major part of Dell’s sustainability strategy

Dell Technologies’ corporate sustainability director, Louise Koch, says the company has come a long way in the journey towards sustainability and is now taking its ambition to the next level.

“To be a big company operating on the world stage, you need to be part of society and do your thing to not only stop being part of the problem, but also look at how you can be part of the solution,” she adds.

“That is the part of the journey that we have been seeing in recent years in the field of sustainability — and also the growing expectations from stakeholders, our customers and team members.

“On a personal level, maybe 10 years ago, people thought that you were almost a hippie if you were working in sustainability and now you can’t run a business seriously and strategically without working with social and environmental factors.”

Packaging plays a key role in the Texas-headquartered firm’s model moving forward, as it became one of the first companies to set 2030 targets with its “moonshot” goals last year.

Alongside 100% of its packaging set to be made from recycled or renewable materials — the figure currently stands at 85% — Dell is aiming to cut its Scope 1 and 2 greenhouse gas emissions, which come via direct emissions from owned or controlled sources, by 50% by 2030.

Although Koch admits the goals are a “far stretch”, she believes they are “within reach” — and hopes they will “spark a lot of innovation, creativity and a new level of strategic roadmaps” for the company going forwards.

She claims it is already positively impacting its relationship with customers, its ability to be competitive and will “help attract and retain the talented team members needed” to operate in a “circular business model”.

As a major company in the computer technology sector, Koch recognises the responsibility of showing the way for other businesses and says “if you’re big, you have to be good” — quoting the fictional character from children’s books, Pippi Longstocking.

She believes it is also important to send out the right messages to Dell’s suppliers as well as entrepreneurs looking to provide alternatives to plastics or more closed-loop materials and other innovations.

What are ocean-bound plastics?

Ocean-bound plastic is waste that could end up in oceans, with risk areas being defined as anywhere within 200km of a coastline.

The goal is to prevent plastic from entering the sea, by creating an integrated land-based collection system that converts ocean-bound-plastic waste into recycled products.

Some scientific studies have suggested there are currently more than five trillion pieces of plastics in the oceans – equivalent to five shopping bags full of plastic stacked on every foot of every nation’s coastline around the world.

As much as eight million tonnes of plastic is believed to enter the ocean every single year, and research suggests that anyone consuming an average amount of seafood would ingest about 11,000 plastic particles a year.

How Dell plans to use ocean-bound plastics in its packaging

After speaking to environmental experts about the right approach to marine plastics, Koch says they were advised to focus on “turning off the tap” and stop the plastic before it enters the ocean and causes damage.

The first step was a pilot project in Haiti, where the company worked with community groups and entrepreneurs to collect the materials, to gain an insight into the material mix needed to turn it into the right quality standard of packaging.

Then for the packaging of Dell’s XPS 13 2-In-1 laptop, 25% of the plastics used were ocean-bound, while the remaining 75% was from post-consumer recycled plastics — an area where it has recovered more than two billion pounds of used electronics since 2007.

Koch says ocean plastics are now being used for other laptops, with a 50% split between ocean-bound and recycled material.

“The challenge here is to get the right mix and the right quality materials, because ocean-bound plastic is a very mixed source and some bits may have been on the beach or in rivers for months,” she adds.

“That means that the quality might have deteriorated, so it’s about testing and innovating to get the right functionality of the material.

“So that’s why we mix it with the recycled plastic because it is a more consistent material.”

The pilot project revealed that it comes as no extra cost to include ocean-bound plastics in Dell’s packaging — which Koch says made it a “no brainer” to scale-up in this area.

On the back of this, the company expanded to Indonesia — ensuring it was closer to its supply chains in Asia and some of the bigger pollution hotspots.

In a 2015 report by the non-profit Ocean Conservancy, it noted that 55% to 60% of plastic waste entering oceans comes from just five countries — China, Indonesia, the Philippines, Thailand and Vietnam.

This year, Dell is looking to use about eight tonnes of ocean-bound plastics for its packaging, with plans to increase this to about 80 tonnes by 2025.

Koch says the company recognised that it couldn’t stop the eight million tonnes of plastic entering the ocean every year, so it started up the NextWave Plastics consortium with the Lonely Whale Foundation.

Alongside 10 other companies, including Swedish retailer IKEA and rival US computer tech firm HP, the group has committed to using less plastic in their packaging and products, while aiming to recover 15,000 tonnes of marine plastic within five years.

Koch believes there are many drivers for businesses to get involved with ocean-bound plastics and for her and the team at Dell it just “feels good to part of the solution”.

She adds that to be able to implement it as part of the company’s core packaging process means it can use its business energy to create a “positive in packaging at scale”.

Other ways Dell is striving for sustainability in packaging

Ocean plastics are just a part of Dell’s efforts towards providing sustainable packaging to reach its ambitious 2030 goals.

Last year, it launched its “shipping container of the future” that can fit the contents of up to 40 boxes.

The steel container will be used to ship Dell’s data servers and is designed in a way so that it offers the same level of protection as the foam that typically sits inside cardboard boxes.

It enables the company to remove the need for these materials in shipments for these products, while saving 235kg in waste packaging every time it delivers a batch of 40 servers.

Elsewhere, Koch says about a third of the recycled plastics Dell uses in its products are closed-loop plastics — a system viewed as the backbone of a circular economy.

It looks to keep materials engaged in a circular way, while being recycled and reused rather than just being used once and then turned into waste.

For the company’s laptops, about 10% to 20% comes from recycled plastics, while bigger desktops are made with between 35% and 60%.

Dell is also exploring using carbon-fibre, which is a waste product from the aerospace industry, that it can use in laptops because it is a strong and light material – making it ideal for some products.

Koch says the company is also piloting closed-loop recycling of various metals and magnets as it looks to extend its environmental work.

“We have already come far and we are now taking it to the next level in our ambition,” she adds.

“We believe this is going to be a driver of innovation within Dell, but also in the broader ecosystem that we are part of.”