What is the NextWave Plastics consortium and which companies have joined it? 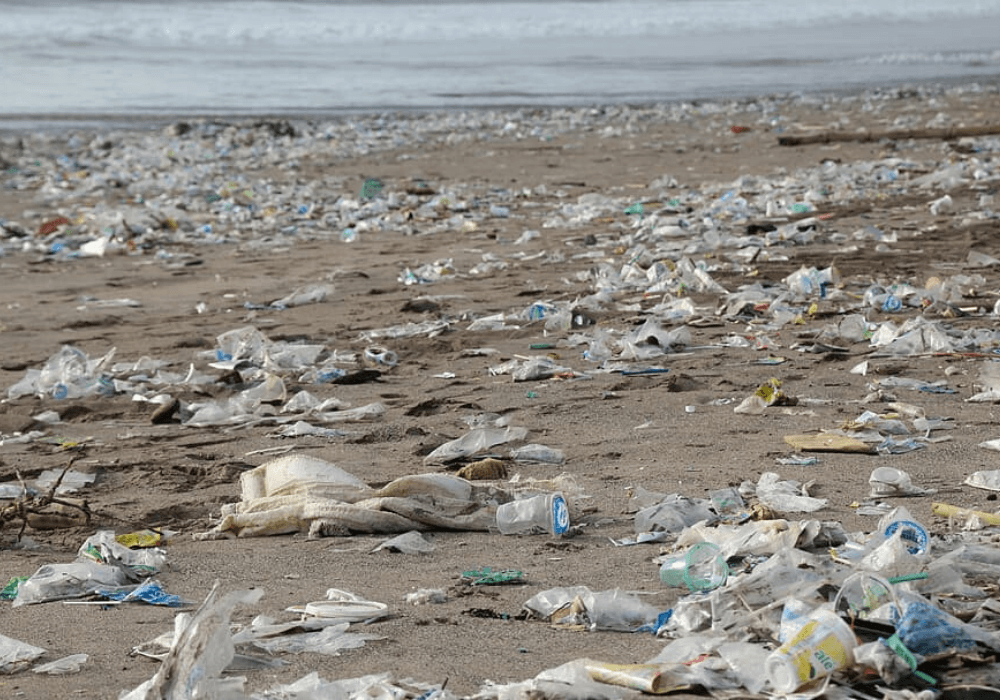 The NextWave Plastics group has committed to using less of the material in packaging and products (Credit: Pxfuel)

The NextWave Plastics consortium is an initiative aiming to keep waste materials out of the ocean by ensuring they remain in the economy.

Started by US tech firm Dell and non-profit organisation the Lonely Whale Foundation in 2017, the organisation is now 10 companies strong.

Some scientific studies have suggested there are currently more than five trillion pieces of plastics in the oceans – equivalent to five shopping bags full of plastic stacked on every foot of every nation’s coastline.

As much as eight million tonnes of plastic is believed to enter the ocean every year, and research suggests anyone consuming an average amount of seafood would ingest about 11,000 plastic particles a year.

The NextWave Plastics group has committed to using less plastic in their packaging and products, while aiming to recover 15,000 tonnes of marine plastic within five years.

It claims to be providing environmental and social benefit through the “creation of the first global network of ocean-bound plastic supply chains”.

Which companies make up the NextWave Plastics consortium?

US firm Dell is a multinational computer technology company that has established itself as one of the best-known businesses in the world.

The Texas-based tech giant has placed a heavy emphasis on sustainability over the past few years and launched its Oceans Plastic Programme in 2017.

It is looking to use about eight tonnes of ocean-bound plastics for its packaging, with plans to increase this to about 80 tonnes by 2025.

Dell has also pledged that for every product a customer buys, it will reuse or recycle an equivalent product, with 100% of its packaging being made from recycled or renewable material by 2030.

Dell’s US tech rival HP joined the consortium in 2018 as part of its bid to help scale up on the use of ocean-bound plastics.

Alongside some of its partners, HP developed a fully functioning ocean-bound plastics supply chain through collecting bottles in Haiti after joining the First Mile Coalition in 2016.

It claims to have recycled more than one billion pounds of ocean-bound plastics — which is about 35 million plastic bottles — in the Caribbean country.

In September 2019, HP launched its HP Elite Dragonfly notebook — the first computer to be made from 50% post-consumer recycled plastic and 5% ocean-bound plastics.

The multinational home furnishings retailer launched its Musselblomma collection, a set of products made from recycled plastic and PET plastic waste caught in nets in the Mediterranean Sea, at the beginning of 2020.

It is also committed to removing all single-use plastic products by the end of 2020 as part of its step towards becoming a circular business by 2030.

US multinational vehicle manufacturer GM is a founding member of the collaboration.

Despite increasing pressure to reduce emissions as part of the automation industry, the Detroit-headquartered firm is keen to help limit plastic pollution at scale.

Manufacturer Bureo was also one of the first companies to pledge its allegiance to the consortium in 2017.

Sustainability and preventing ocean plastic building up is at the core of the company’s model, as it makes skateboards from recycled fishing nets – one of the most harmful materials that can enter the sea.

Herman Miller is a US furniture company specialising in office equipment and home furnishings.

Sustainability and the environment have been at the forefront of its business model for several years, having set a target in 2004 to have a zero-operational footprint, and 100% renewable electrical energy — which it has already achieved.

Herman Miller has also set a 2023 deadline to have zero waste, a 50% reduction in its energy intensity and recover 113,000 tonnes of end-of-life product a year.

Commercial flooring manufacturer Interface has been a long-standing advocate of environmental work.

Before joining NextWave Plastics, the Georgia-based firm collaborated with environmental organisation Plastic Whale create a boat made from more than 7,000 plastic bottles fished from the canals of Amsterdam.

In 2019, Interface launched its Carbon Neutral Floors scheme, where every flooring created by the company is 100% carbon neutral.

The firm claims that when it designs and specs 1,000 square yards of flooring, it offsets the equivalent carbon emissions of nine round-trip flights between New York and Paris.

New-York-based Humanscale is a designer of ergonomic office furniture.

In partnership with Bureo, the company has sourced materials to make the first chair from recycled fishing nets.

It claims to use fewer parts, and more recyclable materials such as aluminium and steel in its products to limit their impact on the environment.

Trek is a US-based manufacturer of bicycles and related products.

Its office in Waterloo, Jefferson County, is 100% powered by electricity from green sources – made up of solar, wind, and biogas.

After previously burning up to 10.5 billion pounds of coal a year, Trek now claims it has completely eradicated its use.

Its “Bat Cage” water bottle holder is now made from recycled fishing nets, supplied by Bureo.

Solgaard provides premium, sustainable travel products around the globe from its headquarters in New York, US.

The firm has committed to removing all single-use plastics from its products and for every item it sells, the company claims to pull five pounds of plastic from the ocean.

That figure totalled 75,000 pounds in 2019, aided by its partnership with The Plastic Bank — a scheme that works with teams in the Philippines to create jobs for locals to pull plastic out of the ocean that can be used to produce goods.

Solgaard’s “Shore-Tex” backpack was made entirely from ocean-bound plastics as it looks to scale up its serving of sustainable products.