In 2016, the Co-op published its Tipping Point report, which sets out a series of targets focused on making its packaging more sustainable 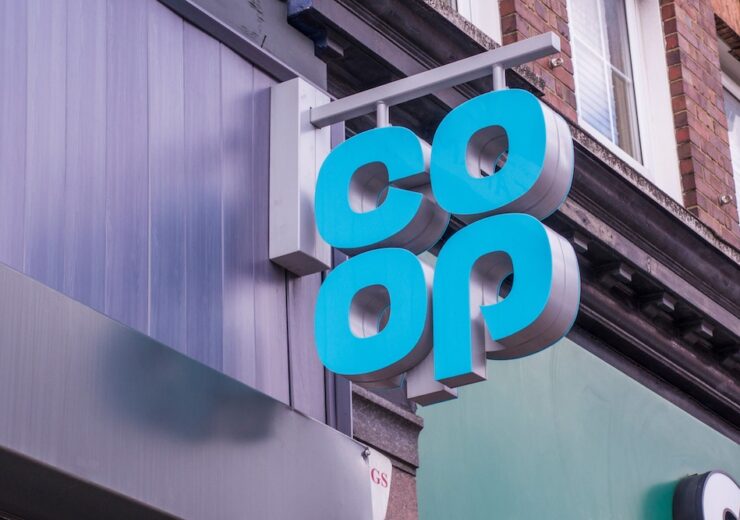 In 2018, the Co-op outlined a blueprint to ban single-use own-brand plastic products and reduce its overall use of plastic packaging by 2023 (Credit: Shutterstock/Willy Barton)

Over the past few years, supermarkets in the UK have increasingly been doing work to make its packaging more sustainable – including the Co-op.

Founded as a co-operative consumer society in 1844 by the Rochdale Pioneers, the firm is an employee-owned corporation – currently having more than 4.6 million active members, and owns about 2,600 local stores.

And the Co-op’s push to develop more sustainable packaging was driven, in part, by its staff’s desire for the company to become more environmentally-friendly.

Since then, the firm has made moves to tackle hidden plastic and unnecessary packaging and make its own-brand products more recyclable.

From its Tipping Point report to its plastic film recycling scheme, NS Packaging looks at the history and work the Co-op is doing to make its products more sustainable.

What was outlined in the Co-op’s Tipping Point report?

Its journey began back in 2013 when the company started to talk to local authorities about whether the materials it put on to the market at the time were easy to recycle.

Those authorities gave the supermarket chain a few different stakeholders to talk to, which included industry bodies such as the Chartered Institute of Waste Management, the Local Authority Recycling Advisory Council and the Waste Resources Action Programme.

Explaining how the company worked with these groups at Packaging Innovations’ 2020 Discovery Day, Co-op packaging technologist Rob Thompson said: “We set up a workshop with those guys and some of our key suppliers to try and iron out exactly what the problems were with the materials that we were putting onto the market.

“We then expanded that group to include some of the waste management companies and the recyclers, honing down exactly what we needed to do.

“After that, we began to present those ideas at external conferences, exhibitions and engage with other industry bodies like the British Plastics Federation.”

The work led to the Co-op’s 2016 Tipping Point report, which highlighted that two-thirds of the recyclable plastic packaging in Britain was not being recycled.

It also set out its ambition to make 80% of its packaging recyclable by 2020, and saw it call on other retailers to develop new packaging and work with local authorities to improve recycling levels.

Around the same time the report was published, it made a commitment to make 100% of its packaging recyclable by 2023.

A year later, the firm stated it wanted to make all of its packaging easy-to-recycle.

In 2018, the company outlined its blueprint to ban single-use own-brand plastic products and reduce its overall use of plastic packaging by 2023, also committing to stop using hard-to-recycle materials like black plastic.

Part of its Future of Food 2030 ambition, it said all own-brand black and dark plastic packaging, including black ready meals, would be eliminated by 2020.

Alongside this, it promised to use a minimum of 50% recycled plastic in bottles, pots, trays and punnets by 2021.

The following year, the firm rolled out compostable carrier bags to more than one thousand Co-op food stores.

This move saw around 60 million single-use plastic carrier bags removed and replaced with alternatives in towns, villages and cities across the UK.

The changes being made to the packaging that the Co-op is providing has also seen it make its milk bottle tops a bit lighter, making it easier for recycling machines to sort them.

Alongside this, it has made all of its pizza trays from cardboard – saving 200 tonnes of non-recyclable polystyrene from being used – while all of its cooked meat packaging is made with a single material.

What is the Co-op’s plastic recycling film scheme?

In September 2020, the Co-op launched a plastic film recycling trial, with the initiative forming part of a 50-store roll out around the company’s depo in the UK town of Andover in the south of England.

it’s part of its move to tackle the estimated 760,000 tonnes of plastic film that end up in UK waste streams every year, half of which originating from households.

Explaining how the scheme works, Thompson said: “What we’re asking people is to bring back any non-food waste contaminated flexible packaging.

“In customer language, it means clean switchable plastic, so we’re asking customers to ‘clean it, scrunch it and bin it’.

“And the examples of the packaging types include certain crisp bag types, snack bags, PE bread bags and biscuit wraps.

“We’re also working with UK recyclers on this, who can start to separate the material into six different waste streams.

“So it goes into either a clear PE, lightly coloured PE, dark coloured PE, mixed material or a residual plastic waste stream.”

Following the trial, the Co-op will conduct some composition analysis looking at the materials being returned to stores by its customers – assessing whether or not they are ones it’s targeting.

If the system is successful, the Co-op – which use more than 750 million pieces of plastic film annually –  will be rolled out to just over 1,500 stores across the country.