Morrisons to ban polystyrene – and replace with materials fit for recycling

Morrisons has announced it will be remove its polystyrene packaging by 2025, replacing it with materials fit for recycling 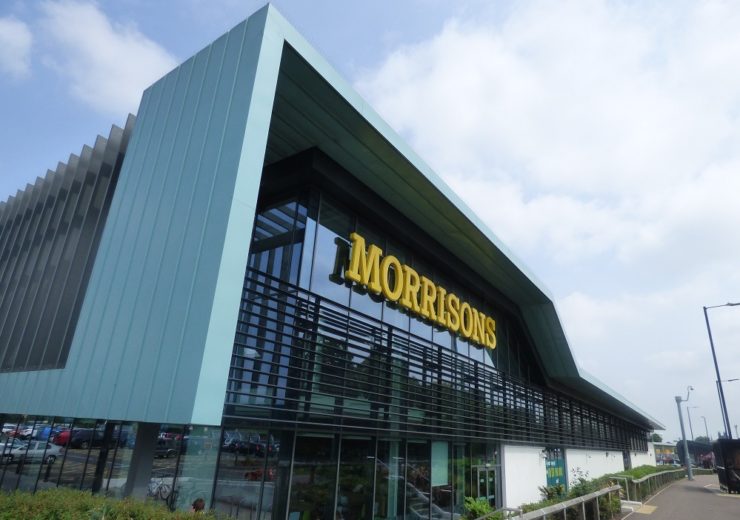 Supermarket giant Morrisons has announced that expanded polystyrene will be removed from all its own-brand food and drinks products – replacing them with recyclable materials.

It’s a move the company claims will prevent 600 tonnes of polystyrene from being disposed each year.

Morrisons packaging manager Natasha Cook said: “Polystyrene is a particularly difficult material to recycle – so we wanted to take it out of our products quickly.

“Taking plastic out of the environment remains one of our customers’ most pressing concerns so we continue to remove unnecessary plastic packaging, making it more recyclable.”

The firm uses the polystyrene as trays for its meat and fish products, as well as for its handmade pizzas.

The announcement from Morrisons comes after Tesco started its trial testing the use of plastic-free packaging for 45 types of fruit and vegetables, including apples, onions, mushrooms, peppers and avocados.

The trial is taking place at its stores in Swindon and Watford.

Alongside this, Asda announced it will start to sell products made from recycled water bottles and polyester.

The retailer’s clothing brand George will launch a range of products from its spring and summer 2019 range, including cushions made from recycled plastic bottles and blouses and dresses created with fabric from recycled polyester clothing.

The move is part of a larger ambition to create products that are made from only certified sustainable viscose and cotton by 2025.

According to a report released by environmental charity Greenpeace last week, Morrisons saved 3,766 tonnes of material from being wasted between the beginning of 2018 and 27 March this year – an amount only surpassed by Asda’s 6,500 tonnes.

These figures are above the average 2,217 tonnes of waste reduced by supermarkets across the country.

Along with the banning of polystyrene, the firm has committed to making 100% of its products either recyclable, reusable or compostable by 2025.

This commitment was made by signing the UK’s Plastics Pact, set up by Oxfordshire-based non-governmental organisation the Waste & Resources Action Programme.

Morrisons has also started selling 20p reusable bags in its stores, as well as using paper bags for all its loose fruit and vegetables instead of the plastic bags it formerly used.

In July 2018, it trialled the use of reverse vending machines for plastic bottles, a service that rewarded shoppers with a voucher worth 10p for every bottle deposited, so long as it was purchased in-store.

Greenpeace’s ocean plastics campaigner Elena Polisano says the supermarket is fulfilling a pledge it made last year, which will help to reduce the amount of throwaway plastic used.

She said: “The top 10 UK supermarkets produce a staggering 810,000 tonnes of plastic waste each year, so we need these retailers to urgently shift towards reducing throwaway plastic.

“By phasing out expanded polystyrene, Morrisons will fulfil a pledge it made last year.

“Swift action to remove unnecessary and non-recyclable plastic packaging from supermarket shelves should be a priority, which is why Greenpeace is calling on retailers to commit to remove them by 2020.”