The move is part of the club's "TSG is movement” strategy, which aims to connect growth with social value 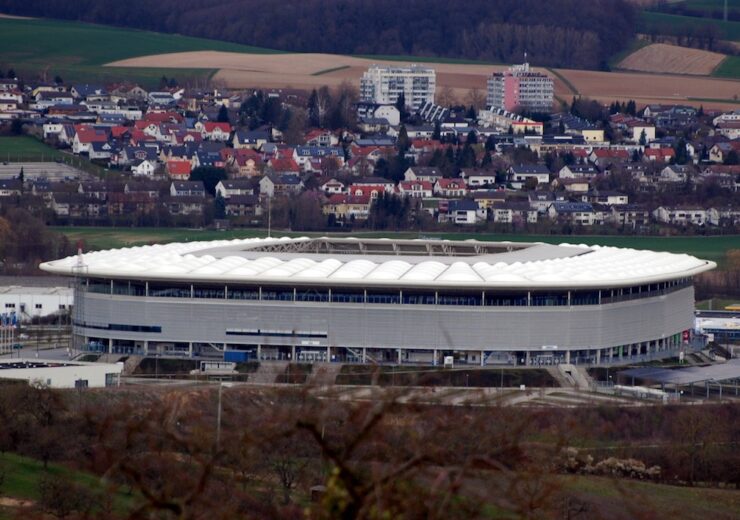 Football club Hoffenheim has launched a new kit made from recycled and reprocessed plastic.

More than 90% of the German side’s 2020/21 home jersey will be made up of polyester from recycled plastic bottles, with the rest of the jersey made from elastane for elasticity.

The move is part of the club’s “TSG is movement” strategy, which aims to connect growth with social value.

Launched in May 2018, the strategy has five key areas of focus — innovation, players and staff, youth and fans, the environment, and Africa.

Sustainability expert Stefan Wagner was hired to work alongside the club’s managing directors to develop the strategy for Hoffenheim.

Speaking at the time, Wagner said: “The philosophy behind ‘TSG is movement’ is based on connecting growth with social value.

“By presenting a strategy like this, which will always aim to work towards the benefit of society, TSG is really sending out a clear signal to the rest of professional football.”

Hoffenheim is not the first football club in Germany’s top flight to create a kit made from recycled plastic waste.

Worn during a home game against Hoffenheim, the waste was found in the coastal areas of the Maldives.

Speaking at the time, then Bayern Munich player Xabi Alonso said: “I’m a child of the beaches of Spain, so I’m really happy to wear a shirt entirely made from recycled ocean waste.

“It’s a great opportunity to raise awareness about the importance of protecting the oceans.”

A kit made from recycled ocean plastic was also worn by fellow Adidas-sponsored football club Real Madrid during a game in November 2016 against Sporting de Gijón.

Two years later, Bayern Munich partnered with Adidas again to launch a jersey made of recycled plastic, which was developed for its 2018/19 Champions League campaign.

Speaking at the time, then player Mats Hummels — who was at the time the club’s environment ambassador — said: “I think everyone in our society has become aware of the need to protect our planet.

“By 2050, the weight of plastic in the oceans could weigh more than the entire fish stock if we don’t manage to dispose of plastic better and ultimately reuse it.”

In recent times, more clubs have begun to use plastic waste to make kits.

At the beginning of July 2020, Premier League club Chelsea announced that its kit for the 2020/21 season has been constructed with 100% recycled polyester fabric from plastic bottles.

To make the kits, plastic bottles are collected, cleaned, and melted down to produce a high-quality yarn for manufacturing.

A couple of weeks later, fellow Premier League side Tottenham Hotspur launched its home and away shirts.

Both kits have been made with 100% recycled polyester fabric from plastic bottles, with Nike employing an identical manufacturing process that it used to create the Chelsea kits.

How sportswear manufacturers are looking to tackle plastic waste

Both the Chelsea and Tottenham Hotspur jerseys have been developed as part of kit manufacturer Nike’s commitment to sustainability.

Since 2010, the sportswear company has been using recycled polyester to produce football kits and footwear, diverting 7.5 billion plastic bottles from landfills and waterways.

These efforts are part of its commitment to creating a circular future in which the very concept of waste doesn’t exist.

It’s doing this by eliminating waste wherever it can, beginning by designing out waste from its products and optimising its manufacturing processes.

Nike is also a member of circular economy charity the Ellen MacArthur Foundation’s Circular Fibres Initiative, which aims to bring together key industry stakeholders to build a circular economy for textiles.

Another business working with the Ellen MacArthur Foundation is fellow sportswear giant Adidas.

Alongside its work with the charity, the German company has also committed to recycling more than 50% of its polyester products.

It’s part of Adidas’ aim to “end plastic waste” through innovation and partnerships.

By 2024, it has said it will have completely phased out the use of virgin plastics and polyester from its products.

It will also work with some of its sportswear partners in the US — including Major League Soccer — to transition to more sustainable uniforms.

It’s looking to achieve its sustainability aims through a “three-loop strategy” that focuses efforts on creating a range of sustainable product categories.

Outside of its kit manufacturing, the firm has also been using plastic waste in other projects.

At the start of 2020, Adidas announced it had built an American football field from 1.8 million recycled bottles.

It had collected the waste from remote islands, shorelines and beaches, with the goal of preventing plastic from making its way into the oceans.

The pitch was created for Miami Edison High School — which has over the years produced NFL stars Antonio Brown and Devonta Freeman.

Adidas’ director of football in North America, Cameron Collins, said at the time: “We believe that through sport we have the power to change lives, and this field is a demonstration of our taking action on that belief.

“More than a place for these young athletes to play, it’s a reminder of our collective responsibility to end plastic waste.”