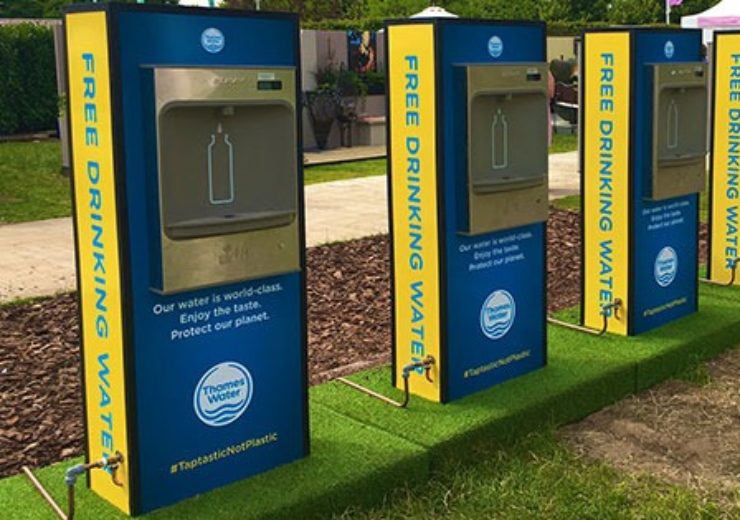 RideLondon has teamed up with Thames Water with the aim of becoming the largest mass-participation cycling event not to use single-use plastic water bottles.

For the first time, organisers will not provide any single-use plastic bottles to participants, with water instead being provided in bowsers – large water tanks – at drinks hubs across the route of its 19, 46 and 100-mile events.

Alongside this, there will be Thames Water fountains at the six FreeCycle Festival sites dotted across London, as well as at the Prudential RideLondon Cycling Show.

Both initiatives are designed to encourage people to bring their own refillable bottles.

The deal is part of RideLondon’s commitment to become a world leader in sustainable mass-participation events.

RideLondon’s event director Hugh Brasher said: “We are delighted to be partnering with Thames Water and we believe this makes Prudential RideLondon the largest mass-participation event to be single-use plastic water bottle-free.

“Cyclists have long championed a refill culture and Prudential RideLondon and the partnership with Thames Water can inspire more people to refill and radically reduce the number of single-use plastic water bottles used, not just on event weekend, but every day.”

In previous years, about 65,000 single-use plastic water bottles have been given out at RideLondon.

Thames Water’s chief operating officer Steve Spencer added: “London’s tap water is among the best in the world and through our partnership with Prudential RideLondon we are actively tackling plastic waste by providing tap water along the route.

“Our aim is to inspire even more people to refill with tap water on the go.

“By championing tap water and inspiring a refill culture, together we can help reduce plastic waste and care for London and our planet.”

Alongside stopping the distribution of single-use plastic water bottles, the event also set up the #LoveWhereYouRide campaign, which encourages riders to dispose of their rubbish responsibly.

All waste collected across the event will be sent for recycling or reused for energy, with a team of litter pickers assisting the post-event clear-up to ensure any waste is collected and disposed of correctly.

The professional riders racing in the main RideLondon-Surrey Classic, which was first ridden in 2011 as a preparatory event for the 2012 Olympic Games, will throw away their litter in designated “green zones” across the course.

Head of Greenpeace UK’s ocean plastics campaign Louise Edge believes that RideLondon’s effort to reduce plastic waste should be copied by businesses and government across the country.

She said: “UK adults each get through 150 plastic water bottles per year, which ultimately could end up polluting our oceans, going to landfill or getting incinerated.

“This year Glastonbury got rid of plastic bottles, and it’s great to see other events like the Prudential RideLondon cycling festival follow suit.

“Next, we need to see government and businesses supporting similar initiatives across the country to install more permanent water fountains, so everyone is able to ditch the plastic bottles for good.”