With Europe set to have the hottest June on record, we look at the continent's different refill schemes to keep people hydrated and environmental-friendly 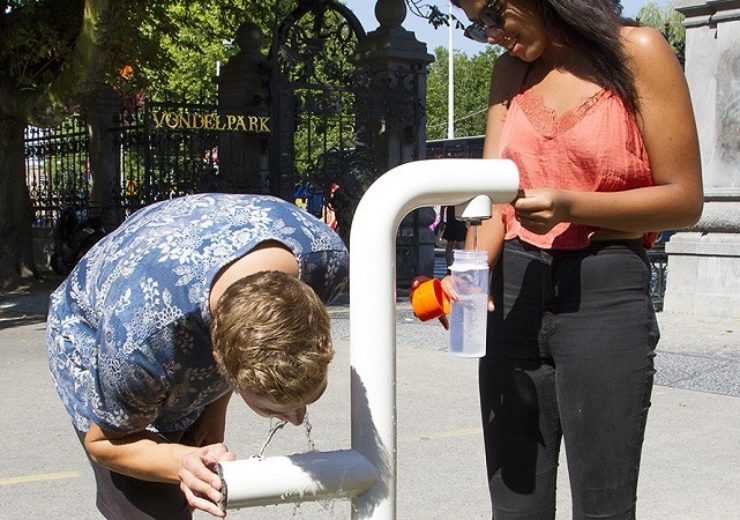 With Europe in the midst of a major heatwave, drinking plenty of liquids is crucial – which is why a steady stream of water refill schemes is encouraging.

Some businesses are offering members of the public locations to fill up their water bottles, while numerous tourist hotspots have on-street taps.

This week, some countries on the continent have recorded their highest ever June temperatures, with the mercury expected to top 40C in countries including Italy and Spain.

Although many nations offer strong on-the-go waste management, such as the deposit return scheme, more and more consumers are opting for reusable bottles.

According to market researcher GlobalData, almost one in five consumers purchased a reusable water bottle in 2018, with more than a quarter of these people aged between 16 and 24.

As the need for on-the-go refilling has increased, we take a look at three schemes from across Europe offering such a service.

The Netherlands: Join the Pipe

Join the Pipe was founded in 2009 by two friends in their native Netherlands, and was pitched as the “first community of water drinkers”.

The main goal of the organisation is to set up water pumps in impoverished areas of the world.

They do this by selling reusable water bottles to people, as well as taking donations.

Alongside water pumps in nations where there is a lack of drinkable water, Join the Pipe also offers facilities throughout the Netherlands, as part of the country’s more than 1,000 publicly-available drinking fountains.

It offers two outdoor water dispensing designs. One is a single bottle refill station and the other is a “double refill area”, with both a place to fill up a water bottle, as well as a drinking water fountain.

It has partnerships with a range of organisations including ING bank, football team AFC Ajax and international supermarket chain Lidl.

Founded by Natalie Fee in 2015, Refill is an initiative run by City to Sea, an organisation that runs campaigns to stop marine plastic pollution at source.

It has partnered with both local and national retailers, which have agreed to give free tap water to people.

Refill has an app that people can use to locate the places where this service is offered.

The campaign was trialled in London in 2018, with businesses and venues such as Costa Coffee and the Tate Modern art gallery giving out free water.

Speaking at the time, London Mayor Sadiq Khan said: “A free tap water scheme is long overdue in London and I welcome all retailers and businesses which have shown a strong commitment to reducing unnecessary plastic waste by joining the London Refill scheme.

The UK government launched a 25-year environment plan in January 2018, with the goal of achieving zero avoidable plastic waste by the end of 2042.

The scheme has since expanded into various places across the country, including Cardiff, Bristol, Southampton, Glasgow and the Isle of Man.

First started in Germany’s second largest city Hamburg in 2017 by founder Stephanie Wiermann, Refill Deutschland has since spread across the country and can now be found in the cities of Munich, Mainz and Berlin.

The not-for-profit organisation says its core principles are environmental protection and waste reduction.

It operates in a similar way to the UK’s Refill scheme, with businesses in areas where it is running offering members of the general public a place to refill their reusable water bottles, and are identified by a “refill station” sticker in an outlet’s window.