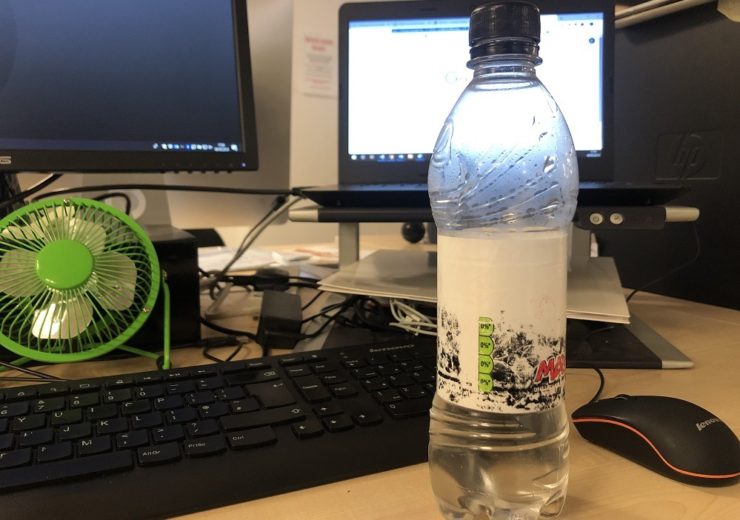 Drinking from old water bottles can be dangerous

Advanced Sustainable Developments is developing a new way to manufacture virgin-quality recycled plastic, which could be used in items like water bottles without the worries of degradation. Thomas Parker speaks to CEO Ahmed Detta.

From Coca-Cola to Nestlé, major companies from across the globe are working to use more recycled plastic.

The problem is that used materials degrade much quicker, potentially causing harm to consumers drinking out of an old water bottle for the tenth week, for example.

What the packaging industry really needs, in this case, is a way of taking that recycled PET and repurposing it to a standard that matches the original material quality.

This is something British company Advanced Sustainable Developments (ASD), claims to have achieved by developing recycled plastic pellets to the same level as virgin PET.

CEO Ahmed Detta says: “We are creating a product pure enough to go into recreating bottle or food packaging, so our pellets will be as pure as using virgin oil.

“A quarter of your typical water bottle pellets use oil-produced plastic.

“We aim to make that exact pellet from recycled material, therefore you can reuse it to make a bottle or a tupperware container.”

What is the problem with recycled plastic?

Due to the degradation of recycled plastic, some consider 100% use of re-processed packaging in food or drinks products to be dangerous.

This is because certain chemicals can be ingested by humans, reportedly causing problems for hormones and even in some cases causing cancer.

While most governments are pushing businesses to use more recycled content in their products, most are set at between 30% and 35%.

ASD is already in the process of developing factories to make virgin quality recycled PET a reality, resolving an issue that could transform the plastics industry.

ASD came into existence in 2016 after being founded by Ahmed, who was inspired after working in recycling while living Dubai ahead of his postgraduate degree in sustainable business at the University of Cambridge.

Mr Detta says: “I was seeing more and more challenges for both consumers and organisations at the lack of ability to have a recycling system that is transparent.

“That inspired me to look at a proposition that was going to resolve the need and is going to offer a long-term solution.

“Working out in the Middle East, I saw the reliance on bottled water, and how much packaging could be improved.

“It is such a transient community, without a huge cooking-at-home culture, and that opened my eyes to the opportunity.

“I then came back to the UK and did my postgraduate studies, and it was there that I started looking at future materials in manufacturing, and looking at which materials were going to be around in the long-term, versus what might be new trends.

“What I realised was that there will be two de facto materials that will be around for a very long time – PET for packaging and rubber for car tyres.

“That was my lightbulb moment, to focus on looking at plastics recycling, and PET in particular.”

The first project that ASD became involved in was the Abu Dhabi Environment Vision 2030 policy agenda.

First announced in 2012 at the request of the Abu Dhabi Executive Council, it identified five priority areas.

These include minimising the impact of climate change, efficient management and conservation of water resources, and enhanced value creation through optimised material flows and waste management.

On average, a typical resident of the UAE uses 450 plastic water bottles in a single year, and has the fourth-highest level of bottled water consumption in the world.

In an effort to help curb the effects of this, ASD is working to promote a culture of recycling in the region.

ASD have completed the feasibility for a PET recycling facility in Abu Dhabi and with its partners will look begin the development of an operational plant.

It was announced in April 2019 that ASD were in advanced talks to be the next business to become a part of Peel Environmental’s Protos project.

Based on the south bank of the Manchester Ship Canal in the North West of England, the Protos scheme aims to become a site for innovative sustainability companies to collaborate on the development of environmentally-friendly solutions to issues including energy and material waste.

ASD will set up a recycling facility on site, and work alongside hydro-electricity company Waste2Tricity.

Ahmed says: “We will provide Waste2Tricity with our scrap non-PET materials – so the caps and labels for processing – and in return we get electricity from it.

“We are very excited about working with it on the processing site because there will be a number of symbiotic businesses that are going to create the circular economy, and working together as partners we can tackle the bigger problem.”

What does Advanced Sustainable Developments aim to develop?

Ahmed explains: “Using a water bottle as an example, we firstly strip the bottle of its glue, its label and its cap, and that goes through a washing line technology we employ.

“The non-PET material sinks to the ground with the washing line, and all the PET material gets floated to the top, which gets segregated and shredded.

“We are left with clean bottles, which are then further shredded and turned into small flakes.

“These then get hot washed and cold washed to get maximum purity, before being put into an extruder, where they are melted into pellets.”

Alongside its projects in Abu Dhabi and Manchester, ASD hopes to expand into other regions across the UK and Europe.

Ahmed adds: “What we want to do is expand across the country. Obviously, there are locations where PET facilities already exist, so we would look to go to sites where recycling facilities are not readily available.

“The UK will be our primary expansion area, but we have also been approached to discuss Poland.

“One of the key points there is that it’s taken a lot of our waste and incinerated it, which has exposed a few problems, so we are looking at sites there.

“A lot of our buyers are based in Italy, and they have said they would really like to develop a facility in the future with us.”