Once fully operational, The Ocean Cleanup's device will be removing plastic from the ocean and taking it back to land for recycling 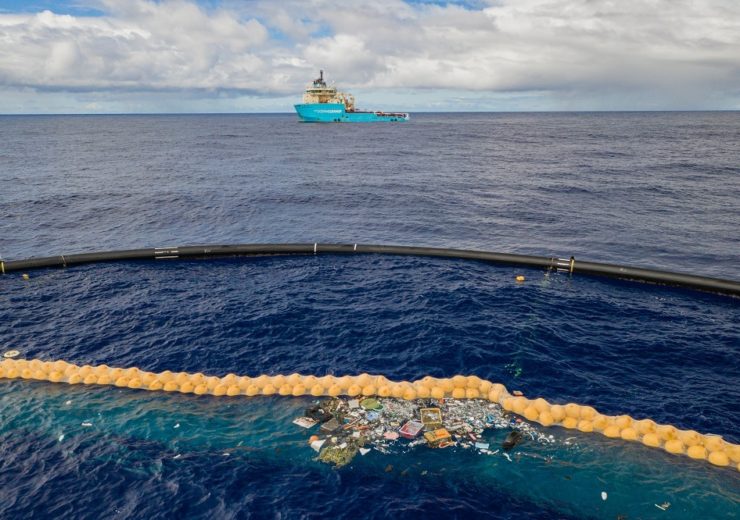 The Ocean Cleanup’s plastic-capturing device has successfully started removing debris from the sea for the first time.

Named System 001/B, the device is currently collecting rubbish in the Great Pacific Garbage Patch.

It’s the not-for-profit organisation second attempt to capture ocean debris, after its first system failed after four months at sea.

This latest pilot was launched in June from the Canadian city of Vancouver.

The Ocean Cleanup founder and CEO Boyan Slat said: “After beginning this journey seven years ago, this first year of testing in the unforgivable environment of the high seas strongly indicates that our vision is attainable and that the beginning of our mission to rid the ocean of plastic garbage, which has accumulated for decades, is within our sights.

“Our team has remained steadfast in its determination to solve immense technical challenges to arrive at this point.

“Though we still have much more work to do, I am eternally grateful for the team’s commitment and dedication to the mission and look forward to continuing to the next phase of development.”

Improvements made to the The Ocean Cleanup device

The aim of System 001/B was to trial modifications made to the device enabling it to work more effectively.

One of the primary complications found during the initial trial that needed addressing was a correction of speed differences between the system and the plastic.

The solution was to attach a parachute sea anchor allowing for faster-moving plastic debris to float into the system.

After solving this issue, the team discovered another problem of plastic going over the top of the device.

This was resolved by increasing the size of the cork line — which runs around the top of the system — which has minimised the amount of overtopping observed.

With the success of System 001/B, The Ocean Cleanup will begin to design is next device, System 002, a full scale system able to retain collected plastic for long periods of time.

When fully operational, the organisation will return debris to land for recycling, with the goal of reducing plastic pollution in the sea by 90% by 2040.

The success of the pilot confirmed it could catch and concentrate plastic using the natural forces of the ocean, a key principle behind the Cleanup concept presented by a 19-year-old Slat at a TEDx conference in October 2012.

The Dutchman set-up The Ocean Cleanup in 2013, after being inspired when coming across more plastic bags than fish during a diving trip in Greece.

It has developed what it describes as the first ever technological system to combat ocean plastic, using a 600-metre-long floating device on the surface of the sea.

The device also utilises a three-metre-deep skirt to capture smaller pieces of plastic into it, with winds and waves propelling the system forward.