Meet Dick Searle, who’s spent half a century in the packaging industry

Dick Searle has been at the heart of the packaging industry for more than 50 years. The current head of The Packaging Federation sits down with Thomas Parker to chronicle his career and give his thoughts on the industry's future 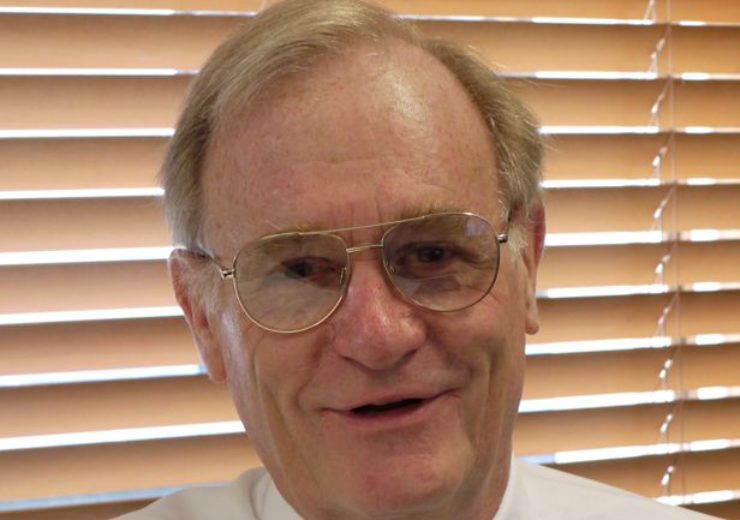 With more than 50 years’ experience in packaging, Dick Searle is one of the industry’s leading figures – and at the age of 74, there’s no sign of him slowing down.

From the moment he led a team of more than 300 people at a factory at the age of 23, it was clear he was someone with leadership potential.

And so it proved to be, going on to run some of the biggest packaging companies in the world before landing his current role as chief executive of The Packaging Federation.

The federation is a lobby group that represents the interests of about 25 major industry firms and also works alongside relevant trade associations such as the Foodservice Packaging Association and British Plastics Federation.

“Packaging is a fantastically important industry and it is a fundamental part of the natural infrastructure, so I was delighted to be asked to take it on.

“I did not expect to be doing it for this long in truth, but I have no intention of stopping.”

Dick’s career in packaging started after finishing three years at the University of Leicester, where he studied chemistry and biochemistry.

Recalling the early days with a hint of his signature dry sense of humour, he says: “I was expected to get a very good degree – it was just a question of which job I chose between the oil and chemical companies.

“And then my fiancée at the time said, ‘why don’t you apply for MetalBox, its head office is in Leicester?’

Despite the geographical confusion, Dick still joined the company – which at the time was the third biggest packaging company in the world, and the largest outside the United States – in 1967.

He spent three months at MetalBox’s Baker Street head office in London, before being sent up to Merseyside to work in his first factory job.

Dick spent seven years at the carton-folding plant, working his way up to become head of the finishing department – where he led the 300-strong team while still aged 23 – and eventually factory manager.

He was then offered the chance to take charge of the firm’s facility in Winsford, Cheshire – but encountered huge political strife.

Dick Searle’s time at the factory in Winsford

“In industrial relations terms, it was a hellhole,” he says.

“The town had been infiltrated by the extreme left, the international socialists.

“They had basically said that they were going to shut down every single business that went to Winsford.

“Much to our surprise, MetalBox set up a factory in the town anyway.

“It had opened in 1967, having three general managers – and the score was two nervous break-downs and an alcoholic.”

In 1974, Dick was summoned down to MetalBox’s head office to meet the then-chairman and chief executive Sir Alex Page.

There followed a frank exchange that went a little something like this:

Sir Alex: Right, I want you to go to Winsford.

Dick: Why the hell would I want to do that?

Sir Alex: Because I want it sorted out, and I think you have got the balls to do it.

Dick: I am bloody sure I have, but does the company?

Sir Alex: I’m glad you said that because I was going to say it anyway – I know my people, and no they won’t have the balls. So I am going to make it very clear that you have full reign to anything you want, provided you don’t cock up.

After Winsford, Dick was headhunted by Norwegian company Johnsen & Jorgensen, and was put in charge of the firm’s plastics business – rising to become the first ever managing director who wasn’t part of the firm’s founding family.

But his time at MetalBox wasn’t done, and he returned as head of acquisitions in the 1980s.

The first piece of business that he did in this role was to purchase France’s second-biggest canmaker.

This provoked another French firm, manufacturer Carnaud, to buyout MetalBox and create CarnaudMetalBox – a company that still stands today but now owned by US beverage packaging giant Crown Holdings.

After the takeover, Dick was put in charge of running CarnaudMetalBox’s worldwide metal closures packaging business.

“It was interesting because CarnaudMetalBox was very profitable, but metal closures was on the outside of its main business,” says Dick.

“It used metal bashing technology in this area but I had to weld that into the rest of the company.”

From his very first meeting with his new French bosses, he felt “palpable tension”.

He recalls: “I got seven general factory managers around the table, plus a couple of people that I had appointed, but they all had their own agenda.

“We were planning to have the meeting over the course of a day and a night.

“So off we went to the bar and within two hours everyone was the best of friends, and the rest, as they say, is history.”

Not quite the happy ending this quip might suggest, though, as Dick still decided to leave CarnaudMetalBox because he didn’t enjoy working with his new employers.

He joined carton manufacturer DRG – now ES&A Robinson – as the head of strategy, developing its presence in Europe by helping to set up Riverwood International, which later became European operation of US firm Graphic Packaging International.

In 1994, Dick was approached to become chief executive at Blagden Industries, a firm set up in 1862 as a chemical merchanting operation that became one of the largest UK manufacturers of steel drums.

Realising the company was losing £2m a year and on the verge of going bust, he sold some of its subsidiaries to steady the ship.

Over a period of time, he also created a “closed-loop” business, in which Blagden would sell steel drums to customers and then recondition them once they were finished with.

Dick believes his leadership effectively made the steel drum business profitable again – but, as ever, nothing was straightforward and he left in 1999.

He adds: “I turned it around and made it into a chemical company, had a major disagreement with the non-executive directors about the future of the company and got fired.”

After a four-year stint as CEO of flexible packaging developer Britton Group from 2000 to 2004, Dick decided to go off into the sunset and enjoy retirement.

Or so he thought.

What does The Packaging Federation do?

Just two years after leaving Britton to enjoy the fruits of his career and help his son set up an estate agency that continues today, Dick was tempted back into industry to lead The Packaging Federation in 2006.

The federation presents itself as the unified voice of the industry, consisting of about 25 companies that are members by invitation only.

“It is a political lobbyist in the broadest sense of the word,” explains Dick.

“It’s like conducting an orchestra because we have got the sector trade associations, which are all affected by different things.

“We meet several times a year – my agendas are ludicrously long because they are mainly checklists for all the things that are out there and they seem to be getting longer, which is a bit frightening.”

Dick Searle on Brexit and the food packaging industry

One of the key issues that Dick has been tackling in recent years is Brexit.

The June 2016 vote coincided with Ian Wright’s appointment as director-general of the Food and Drink Federation (FDF), and Dick persuaded him to join forces with the federation to maximise their influence.

Dick was invited to join the FDF’s Brexit roundtable – which features civil servant from various government departments and agencies – and is its only non-food and drink representative.

He says: “In a sense, it is a talking shop that’s now morphing very quickly into a point of information for members and the government.”

The other issue that Dick helps to tackle is the “hysteria” regarding the way the packaging industry is perceived by the public.

“When I started this job just over 12 years ago, I wrote to the chief executives of all of the major retailers,” he says.

“I was asking for a meeting to discuss how they where going to take steps to explain to consumers how packaging is used.

“Some bothered to respond, and those who did immediately delegated it to their packaging departments.

“But this is completely missing the point and some didn’t even have the courtesy to reply.

“The reason we’ve got so much hysteria now about packaging is that the people whose business model depends on it have manifestly failed to actually explain what it is.

“So we have really driven ourselves into a ludicrous corner – one that it is going to be very difficult to get out of.”

Where does Dick Searle see the packaging industry going?

Looking to the future, Dick doesn’t expect the volume of materials used in packaging to grow – but much of this will depend on how much is used by customers.

He adds: “We have moved into a society where convenience and availability is everything, you can buy anything you want 24/7, and that is only possible with modern packaging.

“Societal norms, and the way in which society functions, is one of the big issues and the industry will have to respond to it – but the one thing that I can say about my industry is that it will respond because it always does.”