Developed in collaboration with JASMTEC, the AI-based system has been created to increase the sophistication of measuring techniques for microplastics 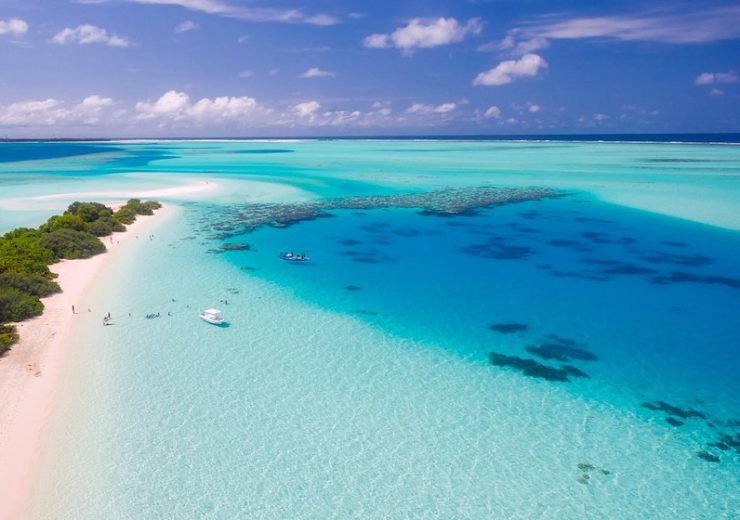 Japanese technology and electronics company NEC has developed an AI-based system that can measure the number of microplastics in the world’s oceans.

Created in collaboration with the Japan Agency for Marine-Earth Science and Technology (JAMSTEC), the software can automatically detect microplastics from seawater and sediment samples at high speed using AI-based image recognition techniques.

The aim of the development is to increase the sophistication of microplastic measurement techniques and evaluate the environmental impact of marine plastic waste.

Dr Masashi Tsuchiya, the deputy leader of the marine plastic research group at JAMSTEC, said: “It is expected that by establishing and popularising this measurement method, and by clarifying the actual situation of microplastic pollution, we will be able to contribute to the formulation of appropriate emission regulations.”

Over the past few years, there have been growing concerns around the impact of microplastics — plastic particles of 5mm or less — in the marine environment.

There are not only worries about their impact on the ecosystem but also about their effect on the human body through the food chain.

To collect samples it’s common practice to scoop seawater and sediment with a fine mesh, then use a microscope to pick and analyse each microplastic manually — a method that is not only time-consuming and labour-intensive, but also underestimates the volume of particles that pass through the mesh.

To address this, JAMSTEC has engaged in research and development of technologies that can automatically detect and analyse ocean microplastic.

NEC provided the organisation with a system that can detect microplastics at high speed and accuracy.

It achieves this by using imaging recognition technology based upon the company’s RAPID Machine-Learning system, which incorporates the deep-learning technology in NEC’s technology portfolio.

This allows a video to be taken of microplastics with a fluorescence microscope while following at an optimum speed for detection, with the software automatically extracting the image data for microplastic that appears in the videos.

By utilising AI-based image recognition technology, it’s possible to automatically sort and aggregate sizes and shapes of microplastics at a processing speed of 60 per minute.

NEC’s 1st government and public solution division’s senior manager, Yosuke Taria, said: “NEC has engaged in research and development on a coastal disaster simulation system utilising the ‘Earth simulator’ JAMSTEC supercomputer, and we will continue to strive for realisation of a sustainable society through ‘environmental management’ with AI and other advanced technologies.”

How AI is being used to track plastics in the ocean

Elsewhere AI-driven technology is also being used to find plastic pollution in the ocean.

To develop the approach, scientists analysed data from the European Space Agency’s Sentinel-2 satellite and demonstrated that aggregated patches of plastics floating in coastal waters can be detected by such space hardware.

Using the method, they found that plastic particles were distinguishable from naturally occurring floating materials, with an average accuracy of 86% across four case study sites.

To do this, the team at PML ran satellite data of coastal waters through an algorithm tuned to highlighting objects floating on the ocean surface, creating the Floating Debris Index (FDI) for the Sentinel-2.

The next stage of the process was to identify floating plastics in the images.

It did this through a collaboration with the University of the Aegean in Greece, which shared information on deployed plastics used for its own study into plastic litter.

This enabled the team at PML to know what the Sentinel-2 satellite was seeing through the FDI and build an optical signature for floating plastics.

Once the plastics signatures were established, the team began conducting the same process for pieces of natural debris that are most likely to be mixed in with plastic patches.

With the algorithm developed, the team began searching for marine plastic patches, finding them near Canada, Scotland, Ghana, and Vietnam.

Across the four study sites, suspected plastics were successfully classified as plastics with an overall accuracy of 86%, with less accurate classifications being as a result of pixels not being sufficiently full with floating debris.

Dr Lauren Biermann, an Earth observation scientist at Plymouth Marine Laboratory and the lead author of the study, said at the time: “Plastic pollution is a global issue. This method will hopefully provide a stepping stone for satellites and drones to be used to tackle the marine plastics problem at the end of the product life cycle.

“However, we will only ever make meaningful progress if we also tackle the source and reduce the amount of plastics produced.”