From Stora Enso to WestRock, NS Packaging looks at the top five biggest paper and board packaging companies in the world by revenue 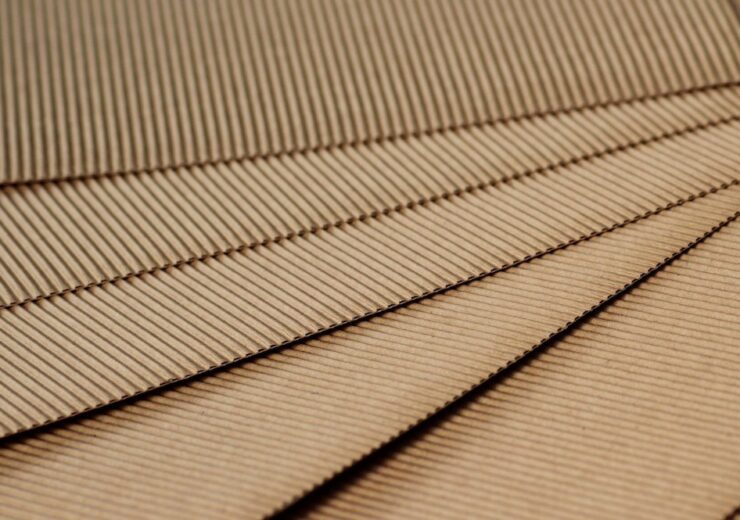 The top five businesses involved in the paper and board packaging industry generated a combined total of $80.5bn in revenue in 2019 (Credit: Pixabay)

As one of the older forms of packaging in mainstream use, it’s unsurprising that paper and board packaging manufacturing companies dominate the industry.

It’s thought that the use of paper as packaging can date as far back as the first or second century BC, with it being used to wrap food in China.

However, it wasn’t until the 17th century that cardboard packaging was invented in China, with it first being commercially produced in England in 1817.

Around the turn of the 20th century, shipping cartons of faced corrugated paperboard began to replace wooden crates and boxes used for trade.

And, with the rise in importance of environmental sustainability for consumers, paper and board packaging has grown in interest around the world.

NS Packaging looks at the five biggest paper and board packaging companies from across the globe by revenue.

Top five biggest paper and board packaging companies by revenue

One of the world’s biggest packaging companies, International Paper has been leading the way in the paper and board packaging industry since it was formed in a merger between 20 pulp and paper mills in the north-east of the US in 1898.

Set-up as the International Paper Company, it was initially founded in the town of Corinth in New York.

The firm’s current headquarters is, however, an 18-hour drive away from its original home, in the city of Memphis in the state of Tennessee.

It currently employs 53,000 people across 150 countries, and is a developer of containerboard, corrugated, pulp and paper packaging.

It’s also a global leader in cellulose fibres, and is one of the world’s leading providers for fluff, papergrade and specialty pulp used in a variety of everyday products that consumers depend on.

In addition to this, the firm collects, consumes and markets more than six million tonnes of all paper recovered annually in the US, making it one of North America’s largest recyclers of recovered office paper and corrugated boxes.

The company, which recorded revenues of $22.3bn in 2019, is currently run by CEO Mark Sutton, who has been in charge of International Paper since 2014.

The world’s second-biggest company in the industry by revenue, fellow US-based paper packaging business WestRock came into existence after a merger between RockTenn and MeadWestvaco in 2015.

It’s involved in the manufacturing of pulp-based products, which includes corrugated containers, containerboard, paperboard and cartons.

In addition to this, the firm is involved in automated packaging manufacturing in the corrugated and solid-fibre space, as well as owning and operating a range of recycling collection and processing sites.

Currently, the business employs 51,100 people, spread across more than 320 factories, design centres, research labs and sales offices around the world.

WestRock’s current CEO is Steven Voorhees, who has been at the top of the Atlanta-based firm since the merger.

According to its 2019 annual report, the business recorded net sales of $18.2bn.

Two years later, it established paper mills in the village of Oji, with the company being renamed after the location in 1893.

In 2012, the firm began trading under the name Oji Holdings – with it being named the third-largest business in the global forest, paper and packaging industry that same year.

The company is most well-known as a producer of paper for printing, writing and packaging, with it also manufacturing containers made from paper products, and chemicals used in the production of paper and paper packaging equipment.

Oji Holdings, which according to GlobalData employs 36,810 people, is currently run by its president and CEO Mataoshi Kaku – who was appointed to the role in March 2019.

Tetra Pak was founded in the Swedish city of Lund by Ruben Rausing in 1951, starting off as a subsidiary of Akerlund and Rausing.

A year later, the first Tetra Pak machine for tetrahedron-shaped cartons – a product the firm is most famous for – began the packing of cream in 100ml cartons, before establishing itself as a business in its own right.

Tetra Pak as a company once again was turned into a subsidiary when the parent company became Tetra Laval, following on from its acquisition of Alfa Laval – one of the world’s largest suppliers of equipment and plants to the food industry – in 1993.

Tetra Pak is most well-known for both inventing and being the leading supplier of tetrahedron beverage packaging.

Formed in a pyramid shape, it’s best known for being on the top of milk cartons to give easy access to consumers, who need only to tear it open.

Tetra Pak – which currently employs 25,555 people across 30 packaging material factories – is currently run by Adolfo Orive, who has been in that position since 2019.

As a business, it’s most predominantly known as pulp, paper and corrugated packaging manufacturer – but is also involved in wooden construction and biomaterials.

The firm is active in sectors such as building, retail, food and beverages, manufacturing, publishing, pharmaceutical, cosmetics, confectionery, hygiene and textiles.

Its head office is based in the Finnish capital of Helsinki and currently employs 26,000 across more than 50 sites in countries including Brazil, Belgium and Poland.

Stora Enso’s current CEO is Swede Annica Bresky, who is in charge of a company that – according to its 2019 annual report – recorded net sales of $11.8bn.

What is the DS Smith ‘Box to Box in 14 Days’ process and how does it work?