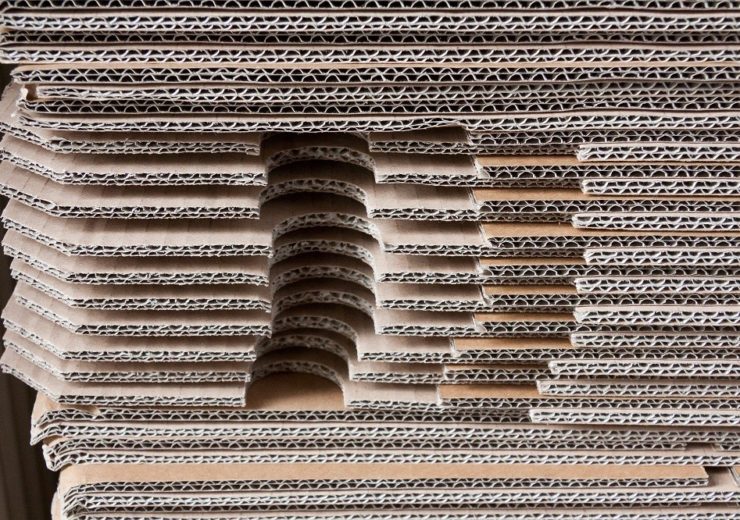 A drop in demand for used cardboard boxes from Europe for Chinese paper production companies could lead to “waste mountains”, according to a packaging industry expert.

Packaging research consultancy NOA Ltd believes Chinese companies will increase their investment into paper production in North and South America because of higher quality paper availability and new firms being set up in the regions.

This will lead to a 0.7% drop in annual growth for demand of old corrugated containers (OCC) from Europe, according to the company’s new 2019 Strategic European Corrugated Report, which forecasts the market from 2018 to 2028.

The NOA’s managing director Neil Osment said this could result in China turning away cardboard waste from Europe, leaving it to landfills.

“In three or four years’ time, Europe may have a much-reduced demand for its OCC – could we see waste paper mountains?,” he said. “It’s a definite prospect.”

“Our research indicates that the rate of growth in demand for European corrugated paper will drop its current rate of 2.5% per annum down to 1.8% per annum for the next five years.

“This makes the prospect of waste mountains a real possibility.”

When China started to implement bans on importing foreign waste in the early part of 2018, companies in the country experienced a reduction in the amount of waste material available for them to re-use.

To counteract this, Chinese paper businesses such as Nine Dragons Paper have heavily invested in mills and paper production in North and South America.

Mr Osment said: “This investment in US papermills and the OCC supply process has given the Chinese a new source of OCC, and because they are now in charge of the supply chain, they can guarantee its quality.

“At the same time, investment in South American forests – where trees grow at a much faster rate than in North America and Europe – has secured a good source of virgin paper for China.”

China to turn away from European corrugated paper production – again

Despite the waste import bans, Chinese companies have began to import used cardboard boxes from Europe again this year.

This is because they are able to access more recycled materials from the continent than a few years ago as more goes to landfill.

NOA says OCC recycling rates have dropped from 82% to 78% in recent years – although it did not state the dates – due to greater responsibility being handed to consumers, rather than businesses, to recycle boxes amid the rise of e-commerce.

But according to NOA, with Chinese investment in fast-growing South American forests on the rise – coupled with the sewing up of the US OCC supply chain – it’s likely that China will again turn away European boxes in the future.

To help counteract the risk of the used material piling up, Mr Osment recommended that businesses in Europe speed up the move away from plastic packaging.

He said: “Our advice is for retailers and brand owners to accelerate the process for moving away from plastic packaging and into paper, so an alternative market for OCC is secured.”

China announced in July 2017 that it would ban the import of 24 types of solid waste, which included types of plastic and paper scraps.

The government began implementing these policies over the course of 2018, which caused a hit on recycling systems that used the importing of waste material by China to its advantage.

This included the South Korean privately-owned recycling system, which was financed mainly by exporting waste to the economic superpower.

As a result, Korean recycling businesses were unable to make money when the ban came in and had to lay off staff, meaning waste started to pile up on its streets across the country.

The problems in the East Asian state lasted for two weeks before the government agreed to provide financial help to recycling firms.

Speaking at the time, former South Korean Environment Secretary Kim Eun Kyung said: “To resolve the plastic waste crisis, society as a whole needs to change its ways of production, consumption, recycling and even its culture.”

This has not been the only country to have already felt the effects of China’s foreign waste import ban.

Between 1992 and 2017, it’s been estimated that China imported 72% of all plastic waste produced in the world.

During this period, countries like Germany and the US exported over 70% of their waste to China.