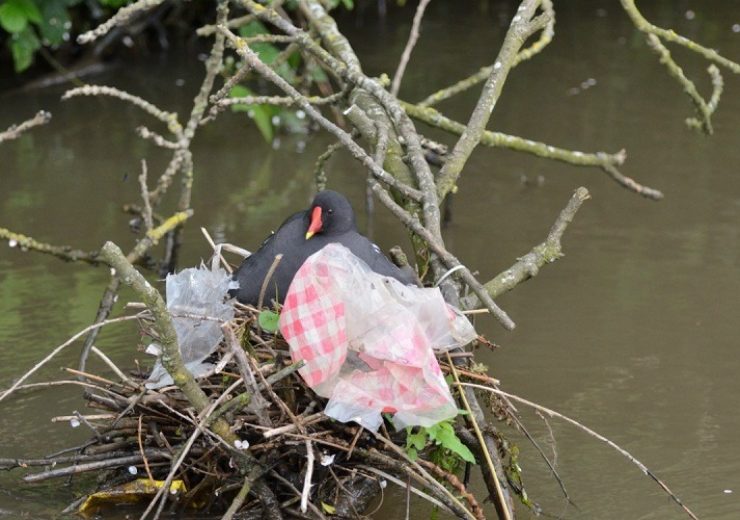 More than a thousand items of plastic litter from waterways in the UK is entering the sea every day, according to a new report.

The not-for-profit is calling on visitors to canals and rivers to pick up one piece of plastic each time they visit.

Canal & River Trust chief executive Richard Parry said: “We know that life is better by water and more people than ever appreciate the benefits of spending time alongside our waterways, right at the heart of thousands of communities across the country.

“Plastic and litter-free canals are beautiful, inspiring places for people to enjoy, whether for everyday use or a one-off visit, whilst also being hugely important habitats for some of the nation’s much-loved and endangered species.

“Help us tackle a global issue by taking action on your doorstep today.”

The Canal & River Trust conducted the study between December 2018 and January 2019, and it was the charity’s first look into plastic and litter in the waterways of the UK.

They took a snapshot of the quantity of plastics and litter in 15 representative locations along the UK’s 2,000 miles of rivers and canals.

In its one-month study, it found that plastic litter accounted for 59% of litter found in the UK’s waterways, with a further 29% made up of recyclable paper, card, metal and glass.

According to the research, the amount of waste found doesn’t relate to the surrounding population, levels of deprivation in the area or how much a towpath is used.

Instead, a considerable amount of plastic and litter ends up in these places from buildings in the surrounding areas, and being dropped from bridges.

What is the Canal & River Trust doing to tackle the waste problem?

The Canal & River Trust is hoping to tackle the problem through a three-pronged approach, firstly by increasing the awareness of the problems that plastics cause.

To do this, it says it will continue to collect and publicise data to show people the scale of the problem, as well as creating “plastic-free zones” in targeted problem areas across the waterway system.

Secondly, it’s going to change the products that it uses across the trust, ensuring that all of its cafés and shops are not adding to the plastic problem.

It’s encouraging the use of high-recycled content products throughout the trust to help support the market demand.

Finally, it’s going to collect more plastics and litter by using new technology to collect floating plastic and prevent it from continuing its journey into the sea, as well as by increasing the number of “offside” litter collections, removing waste from canal banks.

Peter Birch, national environmental policy advisor at Canal & River Trust, said: “We are on a mission to eradicate plastic from our vast network of canals and rivers – helping us all to live in better, more beautiful neighbourhoods, whilst tackling a global issue, and making life better by water.

“Devastatingly, despite being vital green corridors in the nation’s town and cities, our canals and rivers can inadvertently act as ‘plastic highways’, transporting rubbish from where we live out to sea.

“Not only is this a huge problem for wildlife, which can be harmed, it also detracts from these special and important wellbeing places in our towns and cities.

“We believe everyone deserves – and can help create – beauty on their doorstep, and by taking action locally, they will also be helping to tackle a global issue.”

The Canal & River Trust’s campaign has sparked interest from environmental charities and campaign group around the world.

Friends of the Earth plastic campaigner Emma Priestland said: “This study highlights the need for tougher action on the plastic pollution that contaminates our waterways and harms our wildlife.

“And it’s not just larger plastic litter that’s the problem – earlier this year research by Friends of the Earth and Bangor University found tiny bits of micro plastic pollution in all ten of the lakes it surveyed in England, Wales and Scotland.

“Local communities can certainly help by picking up plastic waste – but if we really want to tackle the pollution crisis, we need new legislation to phase out the use of all but the most essential plastic.”

Fiona Nicholls, plastic campaigner for Greenpeace UK, said: “Beach and riverbank clean-ups can bring communities together and enable them to witness the plastic pollution crisis first hand, but this isn’t where the responsibility should solely lie.

“With plastic production set to quadruple by 2050, corporations and the government are in a position to drastically cut how much plastic gets made in the first place, and subsequently how much gets into our waterways heading out to sea.”