Brits spend £13.6bn on lunch on the go, according to Hubbub - but it creates waste packaging including sandwich containers, packaged snacks and napkins 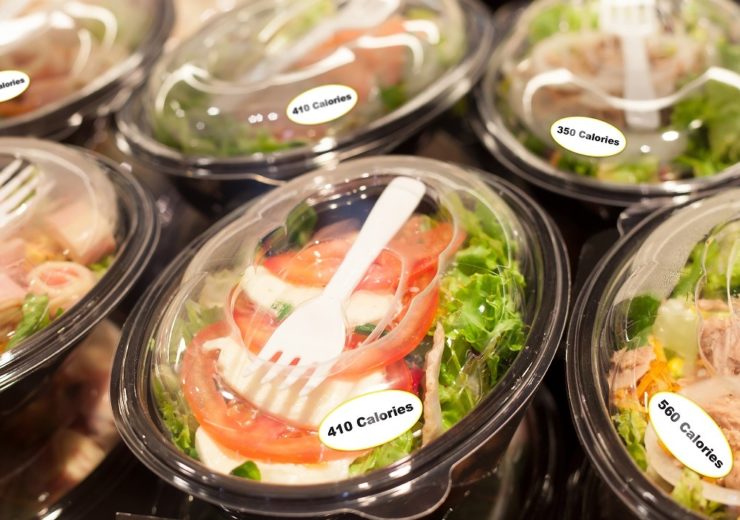 British workers’ “lunch on the go” habit is generating 10.7 billion items of packaging waste annually, according to a UK environmental charity.

Hubbub surveyed 1,200 full and part-time British workers and found they used an average of four items of packaging for each lunch they purchased.

Alongside this, 64% of those asked said they buy lunch on the go more now than they did five years ago – spending £13.6bn annually.

Hubbub CEO Trewin Restorick said: “‘Lunch-on-the-go’ items create huge levels of waste, and unfortunately much of this isn’t recyclable as it’s made from mixed materials or isn’t recycled due to contamination from food residue.

“By planning lunches in advance and using up items in your fridge, you can massively reduce the amount of packaging you use while saving money by cutting down on food waste.

“If you do buy lunch on the go, don’t be shy – take along your own container to your favourite lunch spot.”

In September 2018, Hubbub partnered with Norfolk Recycles and Suffolk Recycles to launch the #FoodSavvy campaign.

It was set up in a bid to reduce the food and packaging waste in the East Anglia region, with the average worker in the region spending £388 eating “lunch on the go” and using 276 items of lunch packaging annually.

In March 2019, businesses in the Norfolk and Suffolk area – including Aviva, AXA and BT – took part in the #FoodSavvy Lunch Club trial, which challenged a total of 50 employees to go for a month without using single-use packaging at lunchtime.

Of the employees that took part, 83% said it helped to reduce the amount of single-use plastics they used, with participants reducing their usage of the material by 54% on average.

Food waste was reduced by about 52% per person and 67% said the trial had helped them save money.

The campaign is now encouraging the rest of East Anglia to get involved and rethink their own lunch habits, and is inviting other businesses and employees to take part.

“The #FoodSavvy Lunch Club really made me think hard about the food I waste and, in particular, the huge amount of plastic used in the food I buy and eat.

“I’ve made a number of small but really effective changes to the way I shop and carry food around that has significantly reduced my use of wasteful plastic.”

Norfolk County Council’s cabinet member for waste Andy Grant said: “We know that people are becoming more interested in reducing their impact on the environment.

“By tackling the increasing amount of single-use plastic food waste at lunchtime, we can not only reduce our environmental footprint, but also save money.

“By starting a lunch club in your workplace, or by encouraging local eateries to offer a discount for reusables, we can all make a real difference.”

Martin Kersh, executive director of the Foodservice Packaging Association (FPA), says that the Hubbub report highlights the UK’s need for a waste management system that works for consumption on the go.

He said: “The Hubbub report recognises an issue the FPA has raised for many years, namely the UK needs a waste management system for all our consumption on the go as a matter of urgency.

“When the UK’s kerbside waste management system was established we consumed very little on the go.

“While this thriving sector has grown and developed our facilities for on-the-go waste management have barely changed.

“Defra’s waste consistency and extended producer responsibility consultations must become the springboard for creating a UK-wide on-the-go waste management system consistent with that at home.

“Wherever we live, work and play, the public should have consistency in how they dispose of packaging and food.

“Some of the issues highlighted by Hubbub, such as contamination, apply equally whether the items are disposed of at home or on the go.

“As retailers are highlighting, there are big hygiene and food safety issues with the public using their own containers and the possibility of increasing food waste and so potentially reversing the progress the hospitality sector has made in reducing it.

“Increasing the amount of damaged and unfit-to-eat food would exert a far greater negative environmental impact than the savings made.

We also need to recognise that the UK’s growth in the lunch-to-go sector contributes billions of pounds to the local economy, employs hundreds of thousands of people and provides an important social amenity to people and their busy lifestyles.”