Waste crime in UK is being run by ‘mafia’, says Environment Agency chief

Environment Agency chairwoman Emma Howard Boyd spoke about the issue with waste crime in the UK and its links to modern slavery, as well as the agency's work in reducing plastic pollution 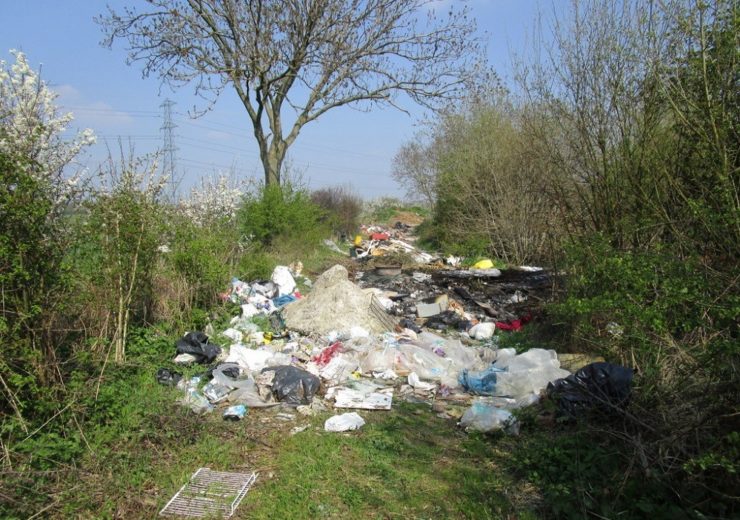 Fly tipping is one of the biggest waste crimes in the UK (Credit: geograph Jonathan Thacker - https://www.geograph.org.uk/photo/4438874)

Waste crime in the UK is becoming increasingly organised as gangsters take control, says one of the country’s top environmental officials.

Emma Howard Boyd, chairwoman of non-departmental public body the Environment Agency (EA), reiterated a point previously made by the organisation’s CEO, James Bevan, who compared waste criminals to the mafia.

The National Crime Agency is said to be aware of 20 organised crime groups linked to waste crime – with many of these also operating in other rackets such as drugs, prostitution and weapons.

But the EA and other organisations are seeking to clamp down on their activities – which can involve forcibly taking land on which to dispose of household and toxic waste – by targeting them through landfill tax fraud prosecution.

“It involves illegal exports, fly-tipping and the burning of waste, as well as tax avoidance.

“In 2017/18, local authorities dealt with nearly 100,000 incidents of fly-tipping in England, and the cost to councils for clearing that up is about £58m.

“The combined cost of fly-tipping to private landowners is estimated at somewhere between £50 and £150m a year.

“But, during the same period, we identified over 850 more. For every one we were closing, we found more than one new site.”

Modern slavery used by waste criminals in the UK

She said: “It is no coincidence that organised waste crime is also deeply implicated in the incidence of modern slavery in the UK.”

On Anti-Slavery Day in October last year, the EA announced it would work with anti-slavery charity Hope for Justice to train the agency’s frontline teams to help spot the signs of exploitation.

The EA’s director of regulated industry Marie Fallon said at the time: “Modern slavery is an abhorrent crime that often goes unseen.

“While the majority of the waste businesses we regulate are well-run, there are a concerning number of operators who delve into criminal practices which harm the environment, local communities and their own work force.”

On the same day, Hope for Justice released figures that revealed two-thirds of victims of modern slavery reported to the organisation worked within the waste industry.

Sara Squires, UK training manager for the not-for-profit, said: “It’s fantastic to see such strong backing for these efforts from the Environment Agency.

“I know from first-hand experience that good-quality training leads to an improved response.

“More than half of referrals to Hope for Justice of potential victims of modern slavery come from organisations we have trained, and many of those referrals lead directly to rescues.

“Better understanding among frontline agencies of the indicators of exploitation and the best ways to respond will change the landscape of anti-slavery efforts in the UK, by increasing prosecutions, deterring traffickers and supporting survivors.”

Alongside speaking to the roundtable about waste crime, Ms Howard Boyd discussed what kind of action has been taken when it comes to the EA’s efforts to tackle plastic pollution.

She said: “The Environment Agency is expanding the evidence base to better understand the sources, scale and impact of plastics pollution.

“We’re working with partners – like water companies – to understand micro-plastics in the water environment so that we can take better action.

“We’re looking at the issue of plastics in soil and working on farm assurance schemes with WRAP, the NFU (National Farmers’ Union), and the Renewable Energy Association, to address both the plastic waste produced by agriculture, and how we can reduce plastic contamination in the bio-waste which is spread on farmland.”

Ms Howard Boyd also commented on the recent environmental activism that has been taken by young people.

She specifically spoke about Greta Thunberg, the 16-year-old Swede who was a leading figure in the Global Climate Strike for Future protest last month, conducted by an estimated 1.4 million school children, spanning more than 40 countries.

“A new generation of school age international activists are demanding action for the future of the planet.

“They want their parents, teachers and politicians to take responsibility.

“Please don’t waste this moment. We must not let them down.”