Les Maraîchers d'Ar-mor, a cooperative in the French region of Brittany, uses the technology to pack its white beans, the so-called "Cocos de Paimpol", in trays under modified atmosphere, enabling the shelf life and quality of the product to be preserved for as long as possible 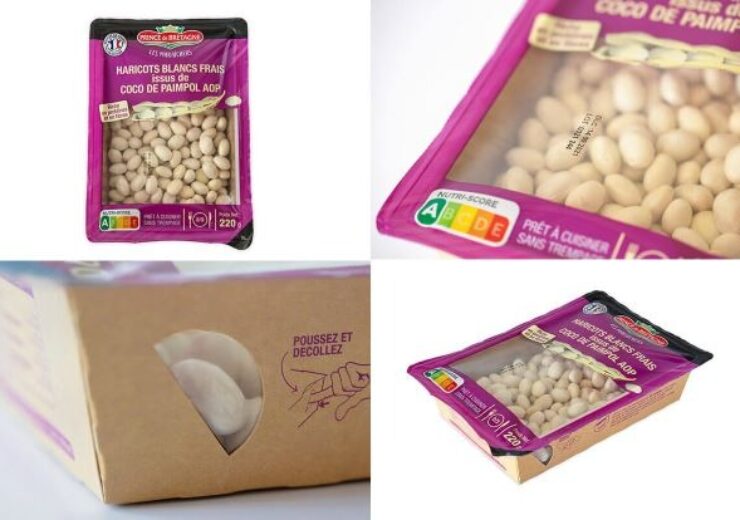 Fruit and vegetables continue to live after harvesting. If the product is to remain fresh and appetising in the pack up to the point of consumption, the metabolic processes must be controlled by an innovative method.

Thanks to the FreshSAFE packag-ing system from MULTIVAC, there is a method of producing equilibrium atmosphere (EMAP) packs, which optimises the oxygen content in the packs in a continuous, natural and sustainable way. Les Maraîchers d’Ar-mor, a cooperative in the French region of Brittany, uses the technology to pack its white beans, the so-called “Cocos de Paimpol”, in trays under modified atmosphere, enabling the shelf life and quality of the product to be preserved for as long as possible.

Les Maraîchers d’Armor is a cooperative situated in the heart of the vegetable growing area of Les Côtes d’Armor. More than 420 gardeners, operating in the north west corner of Brittany, cultivate over 80 types of vegetables as well as strawberries and other fruits, and the annual production quantity is around 175,000 tons. In conjunction with two other cooperatives in Brittany, the prod-ucts are marketed under the well-known label of “Prince de Bretagne”.

Around 200 producers concentrate on the cultivation and propagation of white beans, which are marketed under the name of “Cocos de Paimpol”. These yellow and violet-flecked pulses with their egg-shaped seeds and deli-cately melting “bite” find their ideal growing conditions in the area between Paimpol and Tréguier. In 1998 the “Cocos de Paimpol” was the first fresh vege-table and the first Breton product to receive a special designation of origin, and several years later this became a protected product name.

“In order to be able to satisfy the demand from consumers for a ready to cook, “all-in-one” product, the idea was conceived in 2020 of packaging the Paimpol beans under modified atmosphere,” explains Florian Josselin, who is responsi-ble for new product innovations at the cooperative. “The challenge was to find a reliable packaging concept for a semi-dry product, which alters extremely rapidly after harvesting.”

The solution: FreshSAFE. This process involves pre-perforated films, or films perforated mechanically on the MULTIVAC packaging machine itself, which en-sure that a controlled oxygen permeability is achieved, and this can be matched exactly to the specific respiration characteristics of the particular fresh product. The objective is always to maintain the most beneficial concentration of oxygen and carbon dioxide for the particular product. This equilibrium at-mosphere (EMAP) is achieved through the interaction between the respiration of the product and the required permeability of the film. The FreshSAFE pack-aging system can be produced on thermoforming packaging machines and traysealers as well as chamber machines.

At Les Maraîchers d‘Armor the T 600 is used, the smallest fully automatic MUL-TIVAC traysealer that can be integrated into a line. This versatile and scalable model is suitable for packing small and medium-sized batches very flexibly, and it is particularly easy to operate thanks to its IPC06 machine control with touchscreen. The T 600 is equipped with the MULTIVAC FreshSAFE microperfo-ration system, which automatically perforates the upper web during the pack-aging process. Thanks to the cost-effective needle perforation system, all cur-rent upper webs can be perforated to the individual permeability that is re-quired.

In order to meet the requirements of Les Maraîchers d‘ Armor, the packaging line also included a TDS 300 denester from TVI, as well as a MDC drag chain infeed system and direct web printer from MULTIVAC. The packs themselves consist of a board tray and a transparent upper web, so that the consumer can see the freshness of the product at a glance.

Due to the FreshSAFE microperforation system, the product retains all its sen-sory characteristics in the pack. It remains appetising as well as fresh, and its shelf life is significantly longer than products packed in other types of packag-ing. This means that there is considerably more leeway in the supply chain, and this gives processors like Les Maraîchers d’Armor a better opportunity to market their high-quality but delicate natural products.