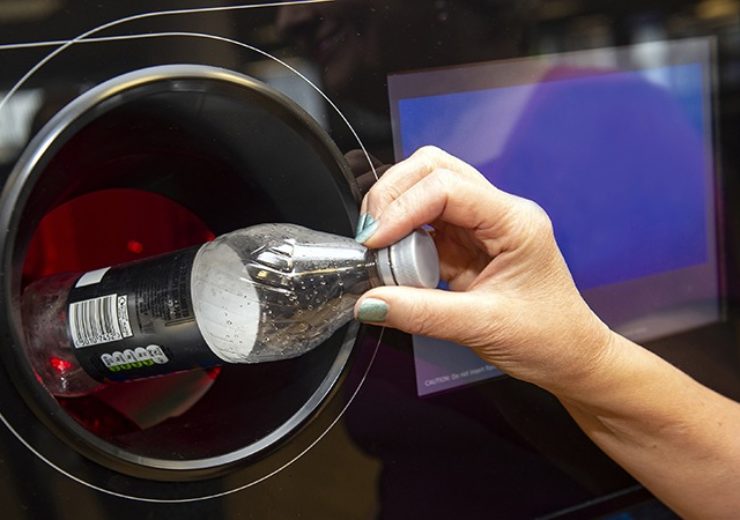 A deposit return scheme (DRS) in Scotland could reduce plastic bottle littering by 90% in the country, according to new figures released by Zero Waste Scotland.

The non-governmental organisation predicts there will be almost 31,000 fewer plastic bottles dropped on the floor each day – saving more than 11 million every year from polluting the environment.

It also found people in Scotland use 694 million plastic bottles every year, with nearly 12.5 million being littered.

The Scottish government has proposed to introduce a DRS – which works by adding a levy to plastic drinks bottles that can be claimed back by consumers who return them to a specified location for recycling – with legislation due to be brought to its parliament later on this year.

“Our new figures reveal just how big a difference that will make in reducing litter all across Scotland,” she explained.

“From our beaches to the parks in our cities, there will be fewer bottles and cans spoiling our beautiful country.

“Scotland’s DRS will give people a 20p incentive to do the right thing with their empty bottles and cans – take them back for recycling, rather than risk them ending up on our streets or in our rivers.

“Litter isn’t just an eyesore – it also pollutes our environment and seas.

“And for every bottle littered, more plastic has to be created, generating more planet-damaging emissions.

“When you take back your empty bottles to be recycled, you’ll not just be getting your 20p back – you’ll be doing your bit in the fight against the climate emergency.”

Zero Waste Scotland – which is funded by the Scottish government – first trialed a DRS in 2013.

The organisation then did various studies into its feasibility, before conducting a consultation around the system in 2017.

In September of the same year, Scotland’s First Minister Nicola Sturgeon announced her support for a Scottish DRS.

Speaking at the time, she said: “To succeed, Scotland must lead change, not trail in its wake.

“We must aspire to be the inventor and the manufacturer of the digital, high tech and low carbon innovations that will shape the future, not just a consumer of them.

“To encourage others to see Scotland as the place to research, design and manufacture their innovations – for us to become a laboratory for the rest of the world in the digital and low carbon technologies we want to champion – we must also become early adopters of them.

“We must be bold in our ambitions.”

In June 2018, the Scottish government opened a public consultation on how DRS would look in the country.

It found that there was widespread agreement that a well-run and appropriately-targeted system could improve the environment and change people’s attitudes towards recycling and littering.

A key point raised was it should include the widest possible range of materials, although it found organisations were more likely to favour a limited set of materials, such as PET plastic, metal cans and glass.

In April 2019, the Scottish government announced it would set up a Deposit Return Scheme Implementation Advisory Group, unveiling how the scheme would look in practice in May of the same year.

DRS in the country would include drinks containers made from PET plastic, aluminium and steel cans, with a 20p levy placed on them.

That 20p per-item would be returned via two methods of collection, either by a reverse vending machine or over-the-counter.

Scotland’s Environment Secretary Roseanna Cunningham said: “Scotland was the first part of the UK to commit to a DRS as part of our wider efforts to prevent discarded drinks containers from ending up in our streets and seas.

“It is also now the first to outline its design – one that is ambitious in scale and scope, and which gives the people of Scotland a clear and straightforward way to do their bit for the environment.

“There is a global climate emergency and people across Scotland have been calling, rightly, for more ambition to tackle it and safeguard our planet for future generations.

“I am therefore delighted to confirm that I intend to implement a system covering PET – the most common form of plastic packaging – aluminium and steel cans, and glass, with a deposit refund set at 20p.

“Supported by international evidence our plans for Scotland’s DRS are gathering pace with widespread consensus demonstrating that a well-run, appropriately-targeted scheme could improve the environment, change attitudes to recycling and litter, and support a more circular economy.”

Dr Richard Dixon, director of environmental charity Friends of the Earth Scotland, believes that a DRS will make a huge difference to recycling in the nation.

“This analysis shows the huge benefit that the new DRS will bring,” he said.

“The number of bottles and cans that are carelessly chucked away every year is mind-boggling and the new scheme will reduce waste, clean up the countryside and reduce climate emissions.

“The DRS is going to make a huge difference and it can’t come soon enough.”

Derek Robertson, chief executive of environmental charity Keep Scotland Beautiful, said: “All our evidence shows clearly that litter levels have been increasing and are at the highest levels for a decade, and we welcome the part that a DRS can play in reducing the plague of plastic bottles and cans littering our streets and open spaces.

“We need a strong, proven evidence base to support the right implementation decisions, and ensure that DRS maximises its impact on litter and makes us all live more sustainability – we need to reduce bottle and can use as well as recycle those we must use more effectively.

“However, implementation decisions will be crucial – we must get the detail right.”