Save Our Seas 2.0 Act won’t save our seas, says environmental charity

The legislation brought forward for the Save Our Seas Act 2.0 is the first update to the bill since it was first introduced in October last year 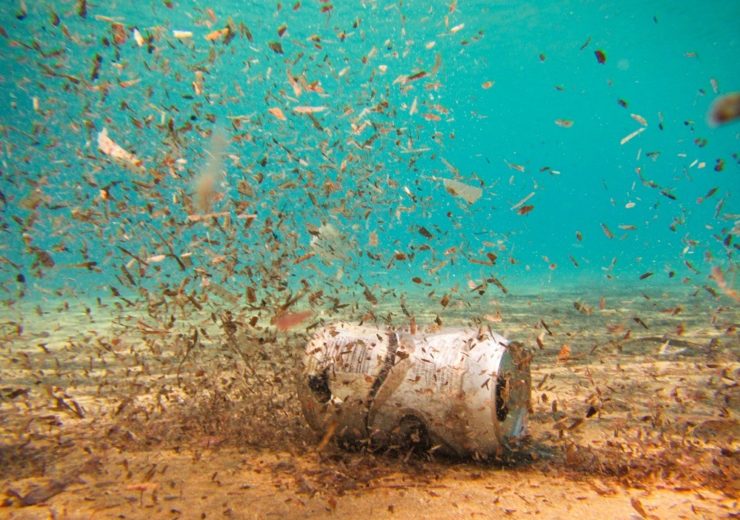 Pollution on the seabed (Credit: Needpix)

The Save Our Seas Act won’t work on a broader scale as it doesn’t address the root cause of the problem, according to Greenpeace USA’s oceans campaign director John Hocevar.

Brought to US’ House of Representatives by Democratic Congresswoman for Oregon Suzanne Bonamici and Republican Congressman for Alaska Don Young, the act is designed to strengthen efforts to remove and prevent marine debris.

The co-chairs of the House Oceans Caucus believe the bipartisan legislation will specifically address the issues of plastic in the ocean, by improving the domestic clean-up and responses to the problem.

If passed, it would build upon the initial Save Our Seas Act, which was signed into law in October last year, but questions remain over whether it will actually work.

Mr Hocevar said: “The Save Our Seas Act 2.0 is light on action and won’t save our seas.

“We won’t solve plastic pollution until we recognise that we have to stop making so much of it in the first place, especially single-use plastic.

“This bill uses taxpayer money to focus on what to do with plastic after it has been made, instead of holding corporations responsible for what they produce and sell.

“The petrochemical and plastic industries enthusiastically support this bill, which is an indication that it isn’t exactly pushing the envelope.”

What is the Save Our Seas 2.0 Act proposing to do?

As part of the Save Our Seas 2.0 Act, the House of Representatives would establish a Marine Debris Response Trust Fund for the National Oceanic and Atmospheric Administration to be used when responding to marine debris events.

It would also authorise a prize competition to advance innovation in the removal and prevention of plastic waste.

Another part of the bill is to direct the Environmental Protection Agency to develop a strategy to improve waste management and recycling infrastructure as well as harmonise collection and protocols.

Moreover, the house would direct federal agencies to work with foreign countries to improve capacity and operation of its waste management systems.

Ms Bonamici said: “Our ocean is an immense natural resource, but the marine life and habitats it sustains are threatened by the pervasive and destructive plastics and debris that litter its waters and shores.

“Marine debris is entirely preventable, and I am grateful to be keeping up the momentum on this issue by introducing the Save Our Seas 2.0 Act with my friend from Alaska and House Oceans Caucus Co-Chair Don Young.

“This bill will accelerate efforts to eliminate marine debris in our ocean and increase investments in infrastructure to reduce the creation and pollution of plastic waste on a global scale.”

Mr Young added: “Alaska is home to more coastline than any other state in the Union, and healthy oceans are essential to Alaska’s economy and way of life.

“Save Our Seas 2.0 builds on our successes combating marine debris through bolstering plastics research and funding needed for infrastructure improvements.

“I am pleased to once again partner with my friend and House Oceans Caucus co-chair Congresswoman Suzanne Bonamici to ensure our oceans stay healthy and productive for future generations to enjoy.”

The US public wants to solve the plastics problem, says Hocevar

Mr Hocevar believes people in the US want to solve the plastic pollution problem, and also hopes that the good intentions behind the Save Our Seas Act will lead to further legislation surrounding the countries plastic footprint.

He said: “Plastic pollution is not a partisan issue – no one wants to be eating, drinking, and breathing plastic, or to see more whales, turtles and albatrosses killed by plastic trash.

“The public wants to solve this problem, which is why we are seeing new laws in cities and states across the country that involve phasing out plastic bags, straws, packaging and other throwaway items.

“We hope the good intentions behind this bill will quickly lead to federal legislation that focuses on reducing our nation’s plastic footprint, instead of just pretending we can recycle our way out of this problem.

“There is no market and no value for most of the post-consumer plastic produced today.

“We need to invest in new ways to get products to people that do not rely on throwaway packaging, particularly if it is made from plastic that will remain in the environment long after we are gone.”