What is RPC Group? Profiling the plastics firm set to be bought for £5bn

Compelo Packaging's Thomas Parker takes a look at the history of RPC Group, the plastic packaging firm that is about to be bought by Berry Global 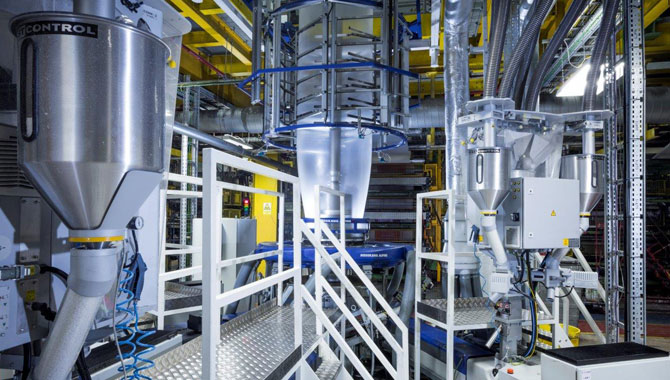 Over almost half a century, RPC Group has been through numerous guises – splitting off from its founder and then growing so big to take over that same company.

Now, its storied history could take another turn after the UK plastics producer agreed to be bought by US-based Berry Global for £5bn.

Once it goes through, the UK firm will become a part of one of the biggest packaging companies in the world, with Berry placed 399th on the 2018 Fortune 500 list, recording revenues of $7.87bn (£6bn) for the year to September 2018.

The firm is involved in a wide range of markets, including healthcare, foodservice and beverages.

Here we take a look at the history of RPC Group, the Northamptonshire company that has produced plastics for glue producer Pritt and cream cheese developer Philadelphia.

History of the RPC Group

The history of RPC Group can be traced back to Danish firm Superfos, which was founded in 1892.

It was a company with a highly diverse portfolio, meaning it wasn’t until 1964 that the Scandinavian business entered the packaging market.

In 1973, Superfos built a plastic production site in the East Midlands town of Oakham, turning it into one of the UK’s largest developers during the decade.

Ten years after establishing the plant in the town, it was sold to paper and packaging firm Reed International, now information and analytics company RELX.

The takeover led to major investment into the site, mass producing Paintainer containers, a paint storage product developed by the company.

Under this ownership, it expanded its production capabilities with the building of plants in Corby, Northamptonshire and Blackburn, Lancashire.

It also purchased two facilities in the Northamptonshire towns of Raunds and Rushden.

In a management buyout in 1988, Reed International spun off its paper and packaging divisions to form a new company called Reedpack.

In 1990, the business was bought by Swedish paper and packaging group Svenska Cellulosa.

The company then sold in its five facilities in a new management buyout led by Mr Marsh in 1991, with the company adopting the name RPC Containers.

During the 1990s, it established itself as one of the UK’s leading plastics packaging producers and entered the European market, purchasing Continental Plastics Europe for £63m.

By the end of the decade, RPC Group had factories in Germany, Belgium, the Netherlands, Spain, Poland, Hungary and Italy, becoming Europe’s biggest rigid plastic packaging producer by the start of the 21st century.

In 2000, the firm purchased German injection moulding group Wiko, which gave it a company sales office in the United States.

This purchase increased the group’s turnover to more than £1bn.

In 2017, it expanded into South Africa, buying moulded and thermoformed plastic packaging business Astrapak for £79m.

The current chief executive of the company is Dr Pim Vervaat, who took over the role from Mr Marsh in 2013.

Announcing the deal agreement last week, Berry Global Group chief executive and chairman Tom Salmon said: “We are incredibly excited about the opportunity to welcome the team and global capabilities of RPC to the Berry organisation.

“We’re impressed by the depth of talent and resources embedded within RPC, and are looking forward to the opportunity to strengthen our combined expertise this team has to offer.”

“Both companies are highly complementary in terms of product portfolio, customer base, polymer conversion technologies and geographic footprint.”