Can Coca-Cola crack the non-alcoholic adult drinks market with new brand Bar None?

With Coca-Cola entering the non-alcoholic adult drinks market with Bar None, Compelo Packaging reporter Thomas Parker analyses the rise of the market and the packaging design it's gone for 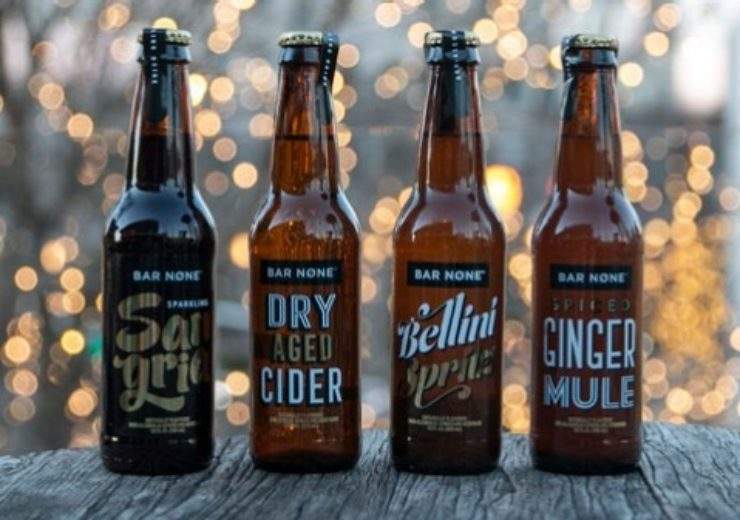 New brand of non-alcoholic drink Bar None, made by Coca-Cola

Despite its reputation as a soft drink giant, Coca-Cola has decided to enter the non-alcoholic adult drinks market with its new brand Bar None – and will hope the classic label design will drive it to take its latest rivals.

Under development by one of the conglomerate’s subsidiaries, also called Bar None, the new drink typifies what’s becoming an ever-more prevalent trend.

Department of Health (DoH) statistics suggest there is a changing sentiment towards alcohol, as non-alcoholic drinks sales increased by 20% between July 2016 and July 2017 in the UK, while 20.9% of the country’s population don’t drink at all.

Meanwhile, consumer analyst at data intelligence firm GlobalData Jonathan Davison argues the move will be a success, given the new drink’s packaging and its aesthetic.

Here we break down Coca-Cola’s decision, and whether the design will survive in the market.

The idea for Bar None was first dreamed up by the venturing and emerging brands division of Coca-Cola when the team was talking about not wanting to drink as often.

Sabrina Tandon – a member of that team who is now Bar None’s CEO – said: “We wanted something we could look forward to enjoying as much as an alcoholic drink.”

The bottle style the Coca-Cola subsidiary is using doesn’t look massively original, being a traditional brown long-necked glass bottle that we would usually see on bottled ciders and lagers.

According to the Society for Historical Archaeology, this design is called an export style and dates back to the 1870s.

Pat Freeland-Small, consumer psychologist and former international marketing director at lager brand Foster’s, argues there is a technical reason for the company’s decision.

He says: “Beer reacts to sunlight, and brown glass gives the strongest protection against that skunky flavour that occurs when beer is light-struck.”

According to online craft beer shop Beer Cartel, the first mass production of non-alcoholic beer was during the US’ prohibition period where beers with more than 0.5% of alcohol were banned.

So to get around the law, breweries like Anheuser-Busch, Miller and Schlitz made what was coined “near beer”, which was just on the 0.5% limiter.

Thanks to the rise in prominence of campaigns like Dry January, there has been a substantial increase in the popularity of non-alcoholic beverages.

Traditional heavyweights like Bremen-based brewers Beck’s and the Dutch lager giant Heineken have entered the market with their respective alcohol-free Heineken 0.0 and Beck’s Blue brands.

So vast is the market now, craft beer makers have entered – BrewDog has its 0.5% Nanny State drink – while micro-breweries like Big Drop Brewing have been set up to target the area specifically.

It would appear there is enough room for everyone, though, as the aforementioned DoH statistics on non-alcoholic drinks sales highlight.

And according to a report released by the Office for National Statistics in May 2017, 20.9% of the UK adult population don’t drink at all.

Mr Davison says: “Coca-Cola claims to be a ‘first mover’ in the alcohol alternatives space with this launch – while it is now unquestionably the biggest name to get involved, in truth, it joins a legion of smaller competitors already established in the sector.

“This is arguably reflected in its packaging design which is noticeably similar to other brands – compare Bar None bottles to adult soft drinks brand Lo Bros, for example, and you’ll recognise very similar design characteristics and influences.”

Bar None hired a graphic designer to develop the brand’s packaging and visual identity, and CEO Ms Tandon confirmed there will be different marketing techniques for the drink, depending on the channel.

GlobalData analyst Mr Davison believes it is a perfect look for a drink tailored for adults.

“Its glass packaging appeals to the premium market, the unique typography design gives each flavour variant their own identity and even the dark-coloured bottles ensure the brand won’t look out of place alongside similar beverages,” he says.

“Bar None’s design is one of its distinctive selling points – nevertheless it gives an impression of a new brand almost trying to fit in rather than stand out.”

Mr Freeland-Small adds: “The product development research has probably spotted an opportunity for a product that lets beer and cider drinkers to opt into the social session drinking scene without the unwanted effects of alcohol.”