What is Refill? The UK’s on-the-go water bottle revolution

Founded by Natalie Fee in 2015, Refill is an initiative run by City to Sea, an organisation that oversees campaigns to stop marine plastic pollution at source 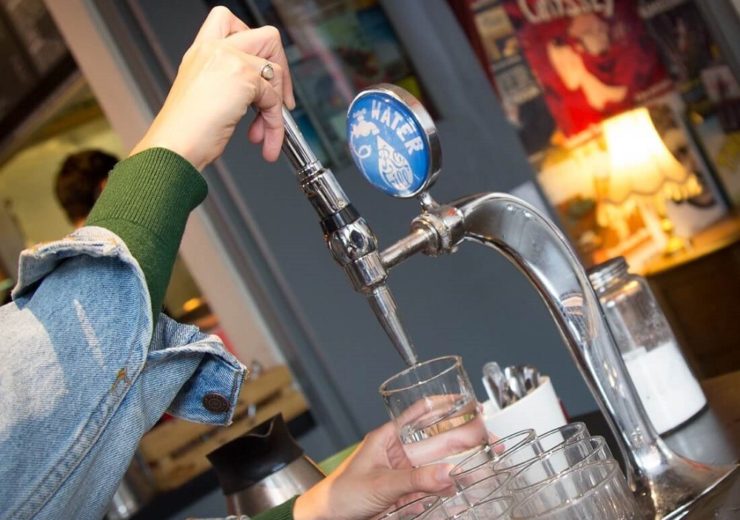 Restaurants and cafes can partner with Refill and provide the public with free water bottle refills (Credit: Refill)

Launched in 2015, Refill is a system that allows consumers to reuse their own water bottles.

The Refill scheme has coincided with a wider rise in the sale of reusable drinks containers.

According to market analyst GlobalData, almost one in five consumers purchased a reusable water bottle in 2018, with more than a quarter of those aged between 16 and 24.

More than half of those who purchased said they wanted to get one because it would reduce the amount of plastic they use.

Reducing plastic was one of the prime motivating factors behind charity City to Sea’s decision to set up Refill.

The idea is simple, a business — such as a restaurant or a cafe — partners with the organisation and agrees to provide free water refills in its stores.

Refill — which was set up by City to Sea founder Natalie Fee — has developed an app that people can use to locate where this service is offered.

Its first public test was in Bristol, with the scheme launched in October 2015 by a flash “flask” mob in the city.

At the time, Bristol was the holder of the European Green Capital award.

Fee said: “We’re fortunate to have high-quality tap water here in Bristol and we hope Refill Bristol will help Bristolians fall back in love with it — by popping into one of Bristol’s excellent cafes and bars and staying hydrated for free.”

A few months later, the organisation was asked to be part of the city’s “It Doesn’t Stop Here Campaign” alongside Bristol Water.

In March 2018, London Mayor Sadiq Khan announced the scheme would be trialled in the capital.

Speaking at the time, Khan said: “A free tap water scheme is long overdue in London and I welcome all retailers and businesses which have shown a strong commitment to reducing unnecessary plastic waste by joining the London Refill scheme.

The trial involved major chains such as Starbucks, Pret A Manger and Leon, as well as attractions in the capital including the Tate Modern art gallery and the National Theatre.

The Mayor of London and Thames Water also came together to install a network of more than 100 drinks fountains in the city.

Following the success of these trials, Refill has expanded the scheme across the country — with more than 20,000 businesses in the UK currently partnered with the oraganisation.

What is Refill’s 50 Fountains Challenge?

Towards the end of 2019, City to Sea and Refill, alongside food and farming charity Sustain, launched the 50 Fountains Challenge.

This campaign calls upon communities and organisations to provide 50 public drinking fountains across their areas.

Celebrity chef Hugh Fearnley-Whittingstall, a supporter of the challenge, said: “Accessible free drinking water for people on-the-go is a no brainer when it comes to kicking some single-use-plastic out of our lives.

“And if it means you choose water to quench your thirst instead of a sugary drink, your body will thank you for it, too.

“The guidelines and tool kit set up by Sustain and City to Sea are helpful and clear.

“I look forward to a time when buying bottled water is no longer the easier thing to do.”

As part of the campaign, the London borough of Southwark has pledged to install 10 more drinking water fountains over the next three years, increasing the amount it has from 40 to 50.

Businesses offering free water bottle refills to the general public are given “refill station” stickers, allowing consumers to identify operators of the scheme.

Since its initial trial in Hamburg, the scheme has spread across Germany and can now be found in the cities of Munich, Mainz and Berlin.