The BBC War on Plastic with Hugh and Anita documentary looked at how much single-use plastic was found in UK households, the cost of unpackaged food and where some of the country’s recycling goes to 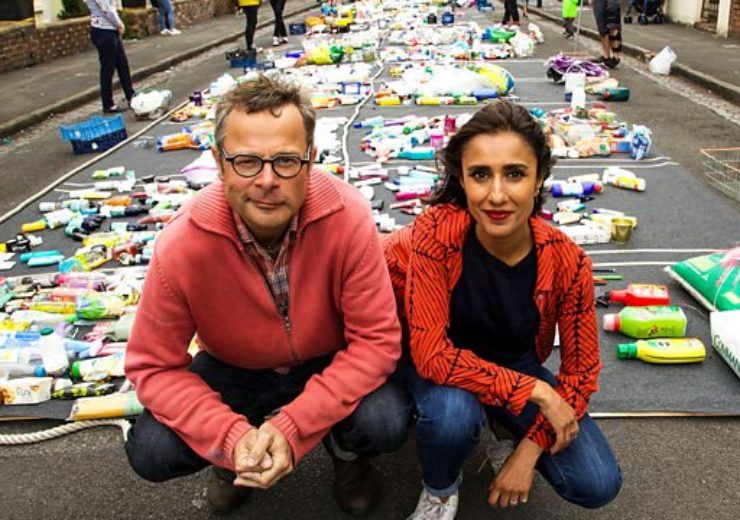 War on Plastic with Hugh and Anita Episode 1 (Credit: BBC)

From the UK’s single-plastic packaging dilemma to it using South-East Asian nations as a waste dumping ground, there was plenty to ponder in a new BBC documentary about the “war on plastic”.

War on Plastic with Hugh and Anita is a three-part documentary series hosted by celebrity chef and journalist Hugh Fearnley-Whittingstall alongside TV presenter Anita Rani.

The show attempts to shed light on the UK’s plastics problem and how to solve it.

In the first episode, shown on Monday, the pair found out how much single-use plastic was found in households, the cost of unpackaged food and where some of the country’s recycling goes to.

Households in the UK have 19.5 billion pieces of single-use plastic

To kick-off the episode, Hugh and Anita travelled to a street in Bristol to discover how much single-use plastic packaging is used by typical households across Britain.

They invited residents to bring all their property’s disposable plastic items and split it into three distinct categories – items found in the kitchen, the bathroom and the rest of the house.

Among the 20 participating households, they counted 15,774 pieces of single-use plastic.

When scaled up to factor in all the households in Britain – about 27 million – the hosts estimated the total use of single-use plastic items in the country to be 19.5 billion pieces.

The documentary team challenged the residents to reduce their consumption of the material.

But the locals found that unpackaged items – such as apples or meat – were up to £1 more expensive when compared to packaged equivalents.

When looking at the average food shop used by the government to judge inflation, it found that in the country’s two biggest supermarket chains – Tesco and Sainsbury’s – there was a 43% and 19% increase in price respectively with loose items in comparison to packaged ones.

Bottled water is 500-times the price of tap water

Another issue the broadcasting team documented was the consumption of plastic water bottles.

Last year, UK consumers purchased eight billion plastic water bottles, with reasons given for this being the belief these drinks taste better and are healthier.

Hugh debunked the first of these myths by running an experiment in which he handed out bottled tap water under the fake brand name Tapineau, with all those who drank it not believing it was water from the tap.

The second myth was debunked by Darren Reynolds, professor of health and environment at the University of the West of England.

He said the two key minerals found in water that people believe are good for them – calcium and magnesium – are found at similar levels in both tap water and bottled water.

Professor Reynolds then went on to explain that, if we take a very conservative estimate, buying bottled water is 500-times more expensive than using water from the tap.

One of the most striking parts of the documentary was the revelation that 665,330 tonnes of recycled plastic is exported abroad each year.

Hugh travelled to Malaysia – a nation that imported 129,000 tonnes of plastic waste from the UK in 2018, the highest rate in the world – to discover the scale of the problem.

He was taken to a former illegal plastic processing factory outside the town of Jenjarom by CK Lee, one of the founders of a local environmental group that helped close the site down.

Mr Lee explained the owners of the facility used to take and process all the materials they wanted, and then dump items they didn’t want onto giant plastic waste piles.

Investigating the plant, the pair found a Tesco and M&S carrier bag, recycling bags and Carlsberg drinks packaging, all from the UK.

He added: “The UK, being a leader in humanity, human decency and environmental protection, please keep up with the good work – but please don’t dump what you do not want in our backyard.

“You are rich, you have resources. We are a developing nation. Stop exporting your plastic waste to our country.”

Hugh asked: “What kind of chain is this a part of? When we put this in our recycling, back in the UK, we think we’re doing the right thing.

“I do my recycling, and I feel good about it. At least, I used to.

“I don’t feel so good now. I feel embarrassed, I feel ashamed. I feel angry. I feel I’ve been lied to. And I really want to know who is responsible for this horrendous mess.

“Is it our local councils? Is it our government? Is it our supermarkets? Is it the manufacturers of these goods? They’re all in it together.

“We’re all part of this problem, and now have to stop.”