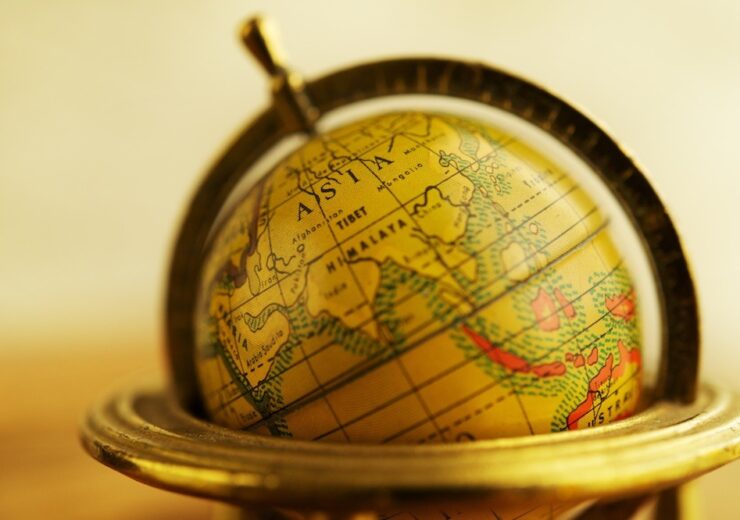 Four of the top five biggest packaging companies in the Asia Pacific region are based in Asia (Credit: Shutterstock/Nejron Photo)

Home to some of the fastest-growing consumer markets in the world, companies within the Asia-Pacific region – including packaging – have an opportunity to continue to establish themselves as some of the largest in their marketplaces.

The region is already where some of the giants of the packaging industry are based, including two of the top five biggest throughout the world.

Generating a combined total of $51.7bn. in revenue, NS Packaging explores the top five biggest packaging companies based in the Asia-Pacific region by rvenue.

Founded as Shoshi Kaisha in 1873 by industrialist Shibusawa Eiichi, Japanese-based Oji Holdings gained the name it currently has 20 years later due to where it established its first paper mills, that being in the village of Oji.

In the midst of a period of rapid industrial growth in the 1930s, it merged with Japan’s two other paper producing giants Fuji Paper and Karafuto Industry – with the new coalition creating a firm that supplied Japan with 78% of its paper needs.

In 2012, it became a pure holding company, with it also becoming the third-largest business in the global forest, paper and packaging industry that same year.

The firm is most well-known as a producer of paper for printing, writing and packaging – as well as manufacturing containers made from paper products, as well as chemicals used in the production of paper packaging equipment.

According to analytics company GlobalData, Oji Holdings currently employs 36,810 people based on production sites and forestry operations in locations such as Australia, Brazil and Germany.

The firm’s CEO and president Masatoshi Kaku is in charge of a business that, according to its 2019 annual report, recorded net sales of $14.3bn.

Currently the world’s fifth-biggest packaging company in the world by revenue, Australian-based Amcor is run by its CEO Ron Delia and according to its 2020 annual report recorded net sales of $12.5bn.

The firm was founded by Samuel Ramsden, a Yorkshireman who arrived in Australia and started the business under the name of the Australian Paper Manufacturers in 1860 – establishing the state of Victoria’s first paper mill that same year.

During the 1970s and 1980s, the firm began to add a diverse range of packaging interests to its traditional papermaking activities – with business partnerships and strategic acquisitions expanded and diversified its activities.

Due to the company’s continuing diversification, it was renamed as Amcor in 1986 – with it demerging its paper business from its packaging business at the turn of the 21st century.

In 2010, the firm rebranded with a combination of green and blue colours in its logo, chosen to signify its commitment to sustainable practices.

Nine years later, it acquired Bemis Company in an all-stock combination – combining together to create a global leader in consumer packaging.

Nippon Paper was founded in 1993 in Japan when Sanyo-Kokusaku Pulp and Jujo Paper came together in a merger.

Prior to the merger, the two companies date back to 1949 when Jujo Paper was set up, while Sanyo-Kukusaku was set up in 1972.

The firm is predominantly involved in the paper packaging business, manufacturing products such as wrapping paper, paperboard, linerboard as well as packaging for household, health care and kitchen products.

It’s also a developer of cartons, filling machines and maintenance services through its paper-pak business, and is working to commercialise cellulose nanofiber – which it says will open up new possibilities for wood resources.

Based in the Japanese capital of Tokyo, Nippon Paper – according to GlobalData – currently employs 12,943 people.

The firm’s president Toru Nozawa has run a company that, according to its latest annual report, generated $9.6bn in revenues in 2019-2020.

The environmentally-friendly recovered paper-based manufacturing group was founded in 1995, with it being successfully listed on the main board of the Hong Stock Exchange in March 2006 – with it setting up a joint venture in Vietnam two years later.

The group acquired two fully-integrated pulp and paper mills in the US in 2019 – one based in Wisconsin and the other in Maine.

At the same time, the company purchased a recycled pulp mill in West Virginia.

A year later it made several packaging mill acquisitions to produce corrugated sheets and boxes in China, with it also purchasing a pulp and paper mill in Malaysia.

Currently based in Hong Kong, the firm is a manufacturer of containerboard, high corrugated medium and coated duplex board, and is able to operate as a “one-stop-shop” for a range of packaging paperboard products.

Its ultimate goal is to become the largest and best recycled-based paper developer in the world and, according to GlobalData, Nine Dragons Paper currently employs 18,500 people across 19 operation bases.

The two main figures at the top are its chairwoman, nicknamed “the Queen of Trash” and China’s Paper Queen”, Cheung Yan and its deputy chairman and CEO Liu Ming Chung.

The world’s second-largest glass packaging manufacturer, Japanese business Toyo Seikan was founded in 1917 in the city of Osaka as Toyo Seikan Kaisha with a factory in the city being established in the same year.

In 1949, Toyo Seikan was listed on the Tokyo Stock Exchange, with the firm beginning manufacturing beer cans nine years later.

By 2013, the business was transferred to a holding company structure with its name changed to Toyo Seikan Group Holdings.

The company predominantly manufactures glass products – using the material to create soft drink and alcoholic beverage packaging, as well as various types of glass tableware for restaurants and households.

According to GlobalData, the firm employs 19,307 people who are based across sites in Asia, Europe, North America and South America, with it currently run by its president Ichio Ostuka and in 2019 achieved net sales of $7.6bn.