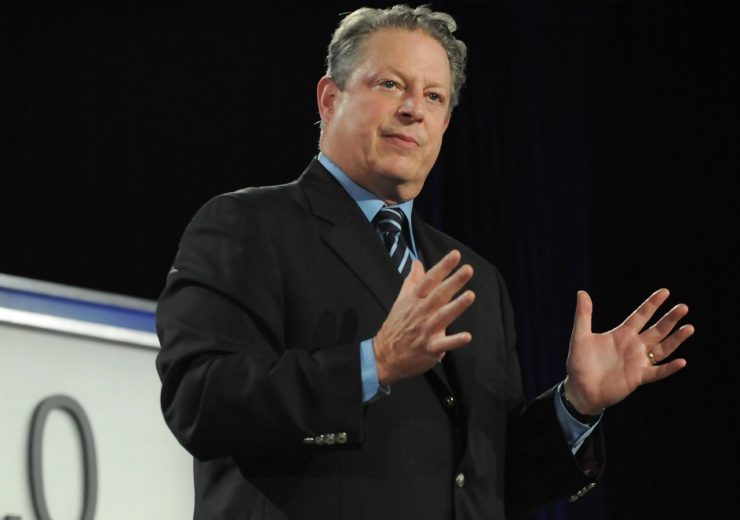 For eight years, Al Gore served as vice-president of the US (Credit: Flickr/JD Lasica/https://www.flickr.com/photos/jdlasica/)

The former vice-president of the US – who is currently the chairman of not-for-profit The Climate Reality Project – believes this can only happen through pressure from citizens.

Gore has been campaigning on the climate change crisis for more than decade, producing an Oscar award-winning documentary on the subject.

Speaking in Davos, he said: “The price paid for a plastic bag or plastic bottle does not reflect the true cost to society for what’s being purchased.

“And in so many ways we are seeing the aggressive monetising of the global commons.

“To deal with this, governments have to step in, in order to impose a more accurate cost for plastic.

“That can only happen if there is a sufficient awareness among citizens, and sufficient pressure from citizens on governments.”

Plastic reduction policies will be brought in ‘jurisdiction by jurisdiction’, Al Gore tells the WEF

In recent months, policymakers from across the globe have been implementing legislation designed to tackle the single-use plastic pollution problem.

Earlier this week, the Chinese government announced how it would reduce its use of the material over the next five years.

By the end of this year, all the country’s major cities – such as Beijing and Shanghai  – will ban single-use plastic bags, with the law being introduced to every city and town by 2022.

Alongside this, hotels have been informed they must not offer free single-use plastic items by 2025.

Gore – who commended the announcement from China – said citizens can influence legislative changes through political means.

He said: “It will involve, for the most part, regulatory measures and laws being passed – jurisdiction by jurisdiction.

“Of course individuals can help, but in a debate like this its important not to leave people feeling that it’s up to them individually.

“What they do matters, but what they do as citizens and voters in political systems that are considering measures is what will actually be effective.”

In November 2019, a UN Environment Programme report found that south-east Asia was behind the rest of the world when it came to policies looking to tackle plastic packaging.

According to the report, more than half of the land-based plastic pollution in the world’s ocean originates from five countries – four of which are in south-east Asia.

Jurisdictions in the region have been pushing forward with legislative changes designed to reduce their plastic footprint.

An area that has made a radical move to reduce its impact is the Indonesian island of Bali, which enacted a ban on single-use plastic products in June 2019.

One campaign group heavily involved in pushing for this result was Bye Bye Plastic Bags, which was co-founded by teenager Melati Wijsen in 2013.

She has seen become a alumni member of the World’s Ocean Day Youth Advisory Council of the United Nations, and was named as one of TIME magazine’s list of most influential teens in the world.

Speaking at the WEF, Wijsen said: “Are we really doing enough? Considering the time crunch that we are in, a ticking time clock has started.

“It’s not something that we can wait for the 2050 targets, we need to see stronger goals happening right now.”

Japanese food and beverage manufacturer Suntory – owner of brands such as Ribena and Lucozade – has made a commitment to make 100% of its PET bottles from recycled or plant-derived materials by 2030.

The organisation also aims to use no virgin petroleum-based materials in its products.

Suntory’s CEO Tak Niinami believes that, for the moment, recyclable PET bottles are the best products to use.

Speaking at the WEF, he said: “What we have to do as an industry is to find alternatives, we have to pursue that activity.