Almost 150 companies have signed up to the UK Plastics Pact, including McDonald's, Coca-Cola and John Lewis 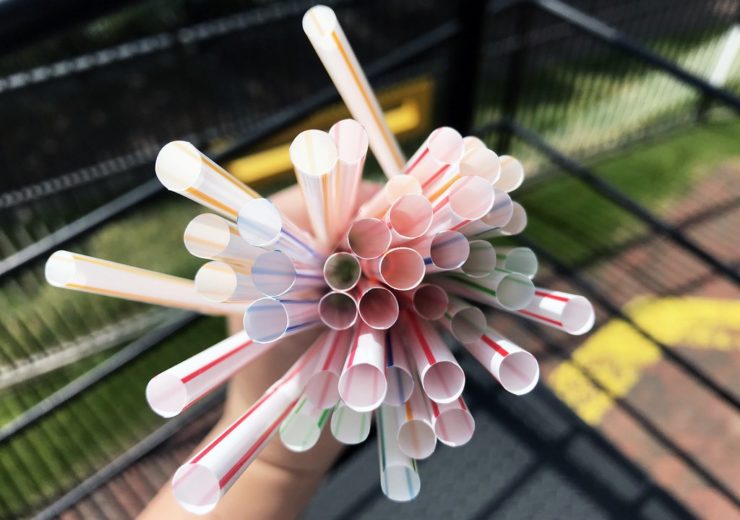 Straws are among the single-use plastic items already removed by members of the UK Plastics Pact, according to its new report (Credit: Flickr/www.chemist-4-u.com)

One billion “problematic and unnecessary” single-use plastic items will be eliminated by the end of next year by members of the UK Plastics Pact, according to a new report.

Companies that have signed up to the Pact – which include Coca-Cola, Tesco and Unilever – are over halfway towards making all their packaging recyclable and a third of the way towards an average 30% recycled content in their plastic packaging.

Meanwhile, the UK has passed the halfway mark for recycling 70% of their plastic packaging.

Environmental charity WRAP, which set up the scheme last year, published the results in its first annual report.

But it warned that “highly complex challenges” remain, including developing a recycling system for films and flexible packaging.

WRAP CEO Marcus Gover said: “The way that we make, use and dispose of plastic is transforming, and I am proud of the progress that the Pact has made so far.

“But there is no magic wand – we’re unpicking a highly complex and well-established system, and making sure that we don’t simply displace the environmental cost elsewhere.

“We can’t gamble with the climate in our desire to tackle plastic pollution.”

What is the UK Plastics Pact?

WRAP, which works with businesses, communities and individuals to achieve a circular economy in which items are produced with the intention of being reused, established the UK Plastics Pact alongside fellow charity the Ellen MacArthur Foundation in April 2018.

It aims to create ambitious targets for companies governments and non-governmental organisations to reduce plastic packaging and build a new recycling system for the material.

Other countries like the Netherlands and France have launched similar pacts in the past year, while WRAP is supporting new schemes in Chile, Malaysia and South Africa.

In June, the Pact published a list of eight single-use plastic items that it pledged to remove by 2020 – including plastic stirrers, disposable plastic tableware, polystyrene and PVC packaging – as well as a further 19 items that would be prioritised for action to remove by 2025.

UK Plastics Pact report: What has it achieved so far?

More broadly, the UK Plastics Pact has four key targets it wants to hit by 2025 in order to achieve a circular economy for plastics and a reduction in virgin plastic production.

The new report sets out what has been achieved within each area so far.

The Pact said that members are on track to remove 1.1 billion items of single-use plastic between 2018 and the end of 2020, with several items like straws and cotton buds already eliminated by most of those companies.

Supermarkets have removed 3,400 tonnes of plastic packaging from goods – the equivalent of 272 London buses – and 137.5 million plastic stickers from fruit and vegetables.

It highlighted how Morrisons now sells 127 items of loose fresh produce in 60 stores, with more to follow next year.

All plastic packaging to be reusable, recyclable or compostable

But supermarkets have removed 19,000 tonnes of non-recyclable black plastic in the past year – the equivalent of 1.5 billion ready meal trays.

Morrisons and the Co-op were commended for eliminating black plastic – which can’t be recycled due to difficulties in scanning them at waste management sites – completely from their own-brand products.

By the end of 2020, all members will aim to have removed 21,000 tonnes of unrecyclable PVC and polystyrene from their packaging, while there has also been an increase in reusable packaging.

The Pact said a key challenge will be in developing a recycling system for plastic films, such as bread tags and crisp packets.

These account for a quarter of consumer plastic packaging but only 4% is recycled.

In a bid to increase the amount of plastic packaging that is effectively recycled or reused from 44% to 70%, members like waste management giants Biffa and Viridor have announced investment into new processing plants.

Major brands including Pepsi, Evian and Innocent Drinks have modified their on-pack labelling to make it clearer to consumers about whether products can be recycled, while all supermarkets have signed up to a new system with similar targets.

These stores have also begun providing plastic recycling collection points in store for stretchy film plastic, such as frozen food bags, carrier bags and bread bags that can’t be recycled from home.

In 2018, the average amount of recycled content in plastic packaging sold by Pact members was 10%.

Actions by companies to increase this amount have included launching water bottles that use 100% recycled content, such as Coca-Cola’s Glaceau Smartwater and Highland Spring’s Eco Bottle.

What next after UK Plastics Pact report?

The progress made by UK Plastics Pact members will be further complemented by government policies announced this year.

These target greater consistency in recycling collections, a tax on plastic packaging that doesn’t meet a minimum of 30% recycled content and extended producer responsibility – in which manufacturers must carry some or all of the financial burden for recycling.

Gover added: “Our Pact members have shown that they’re committed to this challenge and our new report demonstrates the breadth of action so far on tackling plastic waste.

“These aren’t token gestures – changes like these require a huge amount of investment and innovation. It shows that our members are working collaboratively towards the same goal.

“These will be our top priorities as we work urgently towards a world where plastic is valued and doesn’t pollute the environment.”