The new Surfers Against Sewage study comes after the UK's largest ever survey of packaging pollution on beaches and rivers, conducted by more than 45,000 people 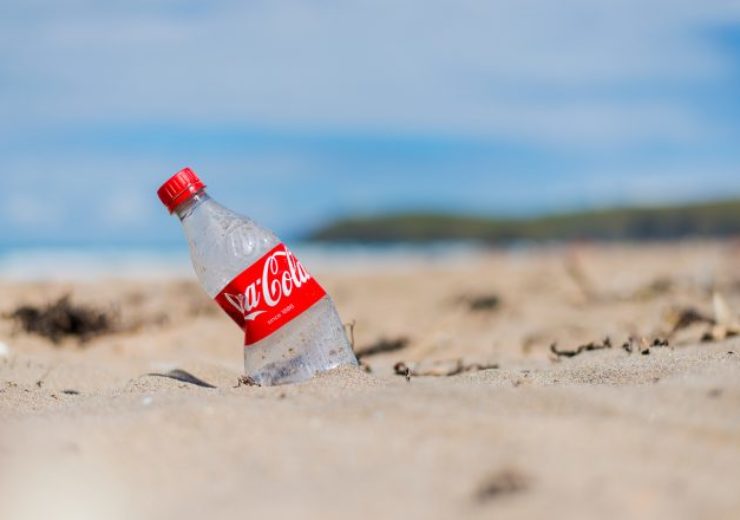 Waste products from just a handful of companies account for more than half of packaging pollution found on UK beaches, a new study has found.

Coca-Cola and PespiCo have been named as the two worst offenders by ocean conservation charity Surfers Against Sewage (SAS), making up 25% of the waste found.

Hugo Tagholm, chief executive of SAS, said: “Our survey clearly shows that big business is responsible for the scourge of plastic and packaging pollution.

“Just ten companies were responsible for over half of the packaging pollution recorded.

“Unsurprisingly, the high street brands had headline appearances with Coca-Cola, PepsiCo, Nestle and McDonald’s all gracing the top ten.

“These companies must invest more in the redesign of packaging, alternative ways of product delivery and ramping up packaging re-use to truly turn the tide on the plastic pollution that is sweeping our world.”

The Analysis of Branded Items found on UK Beaches report is based on the UK’s largest ever nationwide survey of packaging pollution found on beaches and rivers.

It was conducted by more than 45,000 volunteers during the SAS’s Big Spring Beach Clean series, which took place between 6 and 14 April this year.

The study was submitted to the UK government’s consultation into plastic packaging and extended producer responsibility (EPR), which closed earlier this week.

Under the current guidelines, set out by the government in 2014, producers that handle over 50 tonnes of packaging annually and have an annual turnover of more than £2m, should be accountable for the cost and system dealing with the packaging they create and sell.

According to the report, companies are paying less than 10% of the cost dealing with its waste.

The result is that the cost of this waste is then left in the hands of local councils and taxpayers.

The report claims that every company in the top 50 polluters list – responsible for 91.6% of the branded items – have an annual turnover far greater than the £2m threshold.

The charity wants the government to put stricter rulings in place, saying it is critical that new EPR regulations ensure transparency.

Mr Tagholm said: “Producers must offer full transparency and disclosure on the amount and type of packaging they use in order that new extended producer regulation can be truly effective.

“Our environment is in peril and plastic pollution is a clear indicator that business as usual just won’t do.

“This not a littering issue – business needs to provide radical and responsible new systems that drastically reduce their impact on our oceans, forests and nature at large.

“People and planet need these companies to change how they do business.

“At the moment, the cost of this waste is left in the hands of local councils, tax payers and, finally the environment.”

What the Coca-Cola, Nestle and PepsiCo are doing about plastic pollution

Three the companies featured in the top five – PespiCo, Coca-Cola and Nestlé – have signed up to the Ellen MacArthur Foundation’s New Plastics Economy.

The initiative set up by the circular economy charity commits all the 105 firms that have signed up to making 100% of their plastic packaging either reusable, recyclable or compostable by 2025.

Alongside this commitment, both Coca-Cola and Nestlé released figures on how much plastic packaging they use – three million and 1.7 million metric tonnes a year respectively.

In January 2018, McDonald’s set out its own targets, aiming to make 100% of its packaging sold to consumers come from renewable, recycled or environmentally-certified sources by 2025.

Francesca Debiase, McDonald’s chief supply chain and sustainability officer, said at the time: “Our customers have told us that packaging waste is the top environmental issue they would like us to address.

“Our ambition is to make changes our customers want and to use less packaging, sourced responsibly and designed to be taken care of after use, working at and beyond our restaurants to increase recycling and help create cleaner communities.”

On the same day the SAS released its beach pollution report, Mondelēz International unveiled the progress it’s made towards its 2025 eco strategy.

The firm also reaffirmed its commitment to make all of its packaging recyclable by 2025.

Mondelēz International CEO and chairman Dirk Van de Put said: “We believe that consumers should not have to choose between snacking and eating right, or to worry about the impact their snacking choices have on the world and their communities.

“Our company is playing a significant role in making snacking both sustainable and mindful by creating a future where people and the planet thrive, and evolving our portfolio to inspire mindful snacking habits.”