The 1.0-litre bottle’s high recyclate content of 35% has a very positive effect on its overall eco-balance 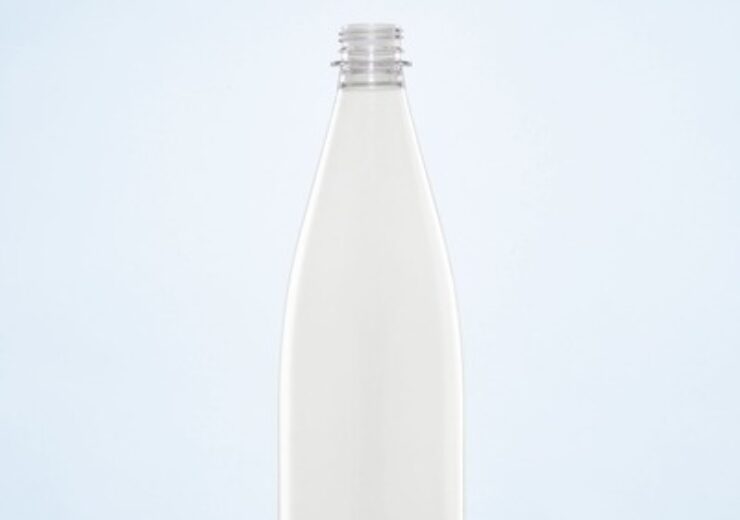 “Reduce, reuse, recycle”: for the KHS Group these three pillars of sustainability are a composite part of its corporate philosophy. The manufacturer of filling and packaging technology consistently focuses on resource-saving, recycling-friendly systems and solutions. Together with Austrian packaging expert ALPLA KHS has now developed a returnable PET container that at 55 grams is extremely light. The 1.0-liter bottle’s high recyclate content of 35% also has a very positive effect on its overall ecobalance.

For decades the KHS Group has been heralded as a technological leader in returnable container systems, chiefly driven by its great innovative strength and striving to develop sustainable, future-proof plant engineering. The various partnerships it has formed with innovative figures in the industry have proved a further recipe for success. Together with ALPLA KHS has now developed a returnable PET bottle that is impressive with its low weight and high recyclate content. With this development the engineering company adheres to its maxim of “reduce and recycle”, states Arne Wiese, Bottles & Shapes product manager at the KHS Group. “We aimed to produce a returnable container system that’s as environmentally friendly as possible. Two parameters are of prime importance here: low weight and a high percentage of recyclate.”

Environmentally friendly: returnable bottle’s low weight convincing
By optimizing the bottle base and neck the packaging experts managed to considerably cut down on weight compared to conventional returnable PET containers. At 55 grams, on average the 1.0-liter bottle is ten grams lighter than its standard counterparts. Compared to glass containers it clocks up just a tenth of the weight on the scales. “This optimization means that the amount of material used is much lower. At the same time, fuel consumption and thus also CO2 emissions drop during transportation,” Wiese explains. Both have a positive effect on the bottle’s ecobalance.

Despite less use of materials the returnable system is ideal for a high circulation. The PET bottle has good resistance to caustic, meaning that its quality and appearance are maintained even after numerous washing cycles.

Sustainable: packaging system with high recyclate content
The aspects of easy recyclability and the use of recyclate also played a major role in the bottle’s development. The environmentally-friendly returnable container is not only fully recyclable and thus remains in the recycling loop; its high recyclate content is also compelling. “We’ve had outstanding test results with preforms made of up to 35% recycled materials; preforms containing 50% recyclate are also feasible for some brands,” states Wiese. The PET system devised by KHS and ALPLA therefore more than satisfies the European Commission’s requirement that one-way PET bottles comprise 30% recyclate by 2030.

The optimized preforms can be blown on all KHS stretch blow molders for returnable containers. These include the particularly resource-saving InnoPET Blomax Series V. The new packaging system is suitable for all types of beverage in the returnable container segment. “We’re convinced that we can place our ecofriendly PET bottle on the market quickly and successfully. Our aim is to implement the market launch in close cooperation with bottling companies,” Wiese concludes.

FrieslandCampina to use 100% recycled PET bottles from February 2021