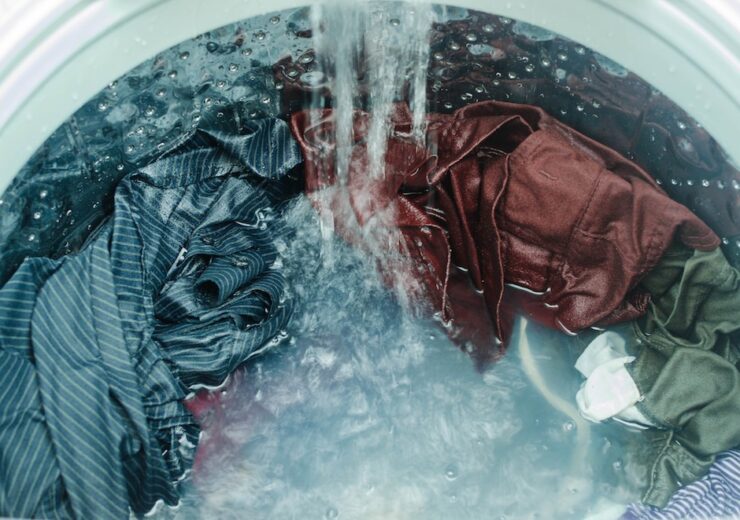 Xampla is looking to use its technology for melamine-formaldehyde capsules, which are typically used to release fragrances on clothes during the day (Credit: Shutterstock/Werayuth Tes)

At the start of 2021, plastics innovator Xampla announced it had closed a £6.2m ($8.4m) seed finance round led by Horizons Ventures, which in the past has backed the likes of Zoom and Facebook. Off the back of this latest investment in the University of Cambridge spin-out, NS Packaging investigates the history of the start-up.

Since the early 2010s, an issue that has been of ever-increasing concern has been the problem of microplastics.

The term – used to describe plastic debris that is smaller than five millimetres in diameter or particles that are as small as ten nanometres – was first coined in a 2004 study named Lost at Sea: Where Is All the Plastic?

So prevalent is it that it’s estimated, on the world’s surface waters alone, there are more than five trillion microplastics present.

According to research body The Joint Group of Experts on Scientific Aspects of Marine Environmental Protection (GESAMP), most microplastics are produced from litter that degrades on beaches.

The process starts when larger items are hit with UV irradiation, before being submerged in the sea, which causes fragmentation to occur extremely slowly.

One company looking to address this problem is Xampla, which has created the “world’s first” plant protein material for commercial use.

Explaining the concept behind the business to NS Packaging, it’s CEO Simon Hombersley said: “The first generation of bio-based materials that are on the market now, whether it’s for microplastics applications or for packaging, are good but compromised.

“And the compromise they have to make is they require synthetic chemical additions to deliver decent performance.

“Ours is the next generation of bio-based material because, from a scientific point of view, proteins perform better than polysaccharides.

“And the breakthrough that our team has made is in how to make useful practical materials from cheap, widely available, scalable plant proteins.”

The firm was founded in 2018 at the University of Cambridge by academic Professor Tuomas Knowles, although the technology has been in development for about 15 years.

Hombersley explained: “Tuomas is a leading protein professor, and he over the last 15 years has been looking at how spiders make silk.

And as part of that investigation, he realised you couldn’t naturally synthesise silk because it was not cost-competitive, but he could learn from how a spider makes silk and uses other protein materials – namely plant proteins – to make items in a similar way.”

In March 2019, the professor was named academic entrepreneur of the year by Business Weekly, having founded both Xampla as well as Fluidic Analytics – a company that assesses protein interactions – and kinetics drug discovery business Wren Therapeutics.

Three months later, Xampla was one of 25 shortlisted companies from more than 1,100 businesses assessed for the €500,000 ($607,370) Green Challenge Prize, one of the largest annual competitions for sustainable entrepreneurship.

Speaking at the time, Cambridge Enterprise investment director Dr Elaine Loukes said: “Xampla has come up with a remarkable alternative to plastic.

“The fabrication process mimics those used by nature and the product is entirely made from natural materials.

“We are very pleased to be supporting a company with the potential for tremendous beneficial impact.”

In October 2020, Xampla became the UK’s first university spin to be accredited B Corp status – becoming a part of a group of for-profit businesses that are committed to creating a material that has a positive impact on society and the environment through their operations.

On the same day the firm achieved this status Jeff Seabright, a former executive director of the White House’s task force on climate change and former chief sustainability officer of Unilever, was appointed its chairman.

Speaking at the time, Seabright said: “We’ve known we’ve had a plastic crisis for a long time. But the biggest problem with plastic is also its biggest strength.

“Its durability is great when you are protecting your product and a nightmare afterwards. The great conundrum has been to find a product that is cheap and durable without lasting forever on our planet.

“Xampla is the most exciting innovation I have worked on. It has the potential to have a positive impact on a global scale and is a groundbreaking solution for industries in desperate need of natural alternatives to plastic.”

In January 2021 the University of Cambridge spin-out announced it had closed a £6.2m ($8.4m) seed finance round with Horizons Ventures – an investor in some of the world’s most innovative companies including Facebook, Zoom and Spotify.

How does the University of Cambridge spin-out’s technology work?

When it comes to finding alternatives to fossil fuel plastics, there are two building block substances from nature that could potentially be used – these being polysaccharides and proteins.

“The core science reason for this is because those are easy to work with and turn into other materials.

“But because of the natural performance characteristics of polysaccharides, they lack strength and performance.

“To get something useful from polysaccharides, what the first generation of bio-based material developers had to do is add a synthetic addition or do chemical cross-linking.

“This is fine but it impacts its genuine biodegradability and that’s why we have such complex end-of-life situations such as industrial composting because they are no pure bio-based materials.”

Proteins on the other hand are performance materials – with spider silk being the most obvious example of this in nature.

Hombersley added: “And that’s what the scientific breakthrough is here, scientists at Cambridge have worked out how to engineer plant proteins into useful new structures – that’s a first and no else is doing it in the world.”

The first application the Xampla technology is being utilised for is that of microcapsules, a hidden microplastic application in many home care and personal care products.

Hombersley explained: “What we’re specifically looking at is microencapsulation of various ingredients in personal and home care, in particular fragrance.

“Now these are materials are typically melamine-formaldehyde microcapsules and at the moment those are in your washing up powder or liquid capsules for clothes.

“They are very sophisticated fragrance capsules that are designed to cling on to the fabric of your shirt.

“These are designed so that, once the shirt comes out the washing and is dried, a fragrance is released during the day when you’re wearing the shirt.

“Then when the shirt goes back into the washing machine at the end of the day, the old melamine-formaldehyde microcapsules are rinsed out and new ones go in.

“And that’s a perfectly standard way all these home care applications deliver fragrance in their products.

“Now some those melamine-formaldehyde capsules are being banned under the EU microplastics ban.

“So that’s why we’re focusing on that as we want to work with microcapsule manufacturers, suppliers or customers to give them a solution to that regulatory ban.”

In addition to this, Xampla is looking to move into the flexible film packaging field at some point in the near future.