According to one of packaging company Sealed Air's sustainability directors, the misuse of recycling terms is causing consumer confusion 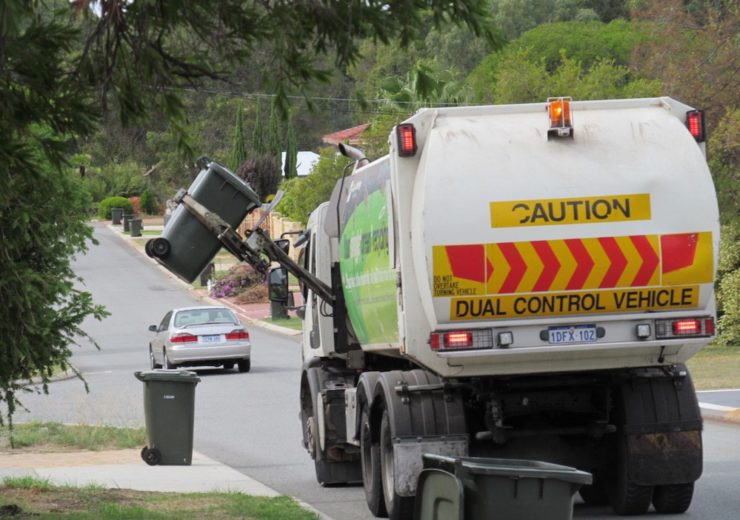 Since the turn of the 21st century, almost all developed nations have introduced some sort of formal recycling system. Yet, despite this, consumers still appear to be confused as to how to recycle properly. Dan Healey, a sustainability director at packaging company Sealed Air, says improved communication is the best way to tackle the problem.

In September 2018, the World Bank predicted that by 2005, the two billion tonnes of waste produced globally each year would increase by 70%.

While factors such as population increase was seen as part of the problem, waste mismanagement from several individual nations was predicted to be the largest contributing factor.

Of these countries, research carried out by risks consultancy Verisk Maplecroft in June 2019 found the US generated more man-made waste per person than any other.

When conversations occur about the benefits of different packaging materials, fibre-based manufacturers talk about the recyclability of their material, the impact it has on the circular economy, and how it would help to increase recycling rates.

On the other hand, when plastics businesses are involved in these discussions, they talk about how well the material protects the products inside.

And, while many of the points raised bring environmental benefits, these conversations lead to consumer confusion, according to packaging company Sealed Air’s product care division’s director of sustainability, Dan Healey.

Speaking at a web conference hosted by non-governmental organisation the Sustainable Packaging Coalition, he said: “For consumers, all these conversations are being processed as noise, so it’s hard for them to interpret what’s real and what’s not.

“Factor in all the greenwashing that’s out there, it makes for a lot of confusion.

“The real question is, do how we link to some of the issues that consumers care about with these conversations?

“Now if you look over the last 18 to 24 months, the two topics that seem to always come up around consumers and sustainability are ocean plastic and global warming.

“I’ve seen it time and time again… and there are more and more consumer surveys that are being published that echo this.

“When we talk about circularity, you can see the direct link to ocean plastic — the more circular something is, the less likely it’s going to end up in the ocean or landfills.

“On the other side of the coin, there are other attributes to environmental sustainability such as protection, damage prevention, efficiency, and resource optimisation.

“When you factor all those things in, just like how circularity can quantify the degree to which something is likely to become waste, you can use something like carbon footprint to quantify the impact towards global warming.

“So the more efficient a given packaging solution is, the less likely it is to generate a carbon footprint, and the less impact is going to have on global warming.”

A major factor behind low US recycling rates is consumer confusion around what can and can’t be recycled.

According to a 2019 study commissioned by waste management firm Covanta, 62% of Americans worry their lack of knowledge is causing them to recycle incorrectly.

Of the 2,000 respondents, 22% said they didn’t have enough information regarding recycling, while 18% said they don’t understand what can and can’t be recycled.

According to Healey, there’s also a lot of confusion on the manufacturing side as well, which is particularly prevalent when it comes to the use of terms such as recyclability, circularity, and sustainability.

He explained: “A lot of times people think if you do one, you do them all.

“So if a product is recyclable, a manufacturer ticks the box and then you can start using the word circular, and you can start talking about sustainable packaging.

“Certainly one leads to the other, but as a hierarchy.

It’s ‘next to impossible’ for environmentally-conscious consumers to find products made from recycled content, says Sealed Air sustainability boss

Of the three terms commonly misused by brands, Healey believes the most important area to focus on is recyclability.

Since modern recycling first came about during the 1970s, it has become a mainstay of environmental standards across the world — with most developed countries having formal recycling programmes.

Despite this, some research suggests adults are not recycling all recyclable materials.

According to a 2020 survey commissioned by packaging firm Hi-Cone, two-thirds of adults are not recycling all of their plastic waste.

Of the 5,500 people spoken to in Mexico, Spain, the UK, and US, 80% said if they had more facilities or guidance they’d recycle more frequently.

Healey believes this is because there’s a disconnect between what someone buys and what goes into the recycling bin.

He added: “So long as that disconnect continues, we are going to continue hearing about the challenges of a broken recycling system and continue to have these notoriously low recycle rates.

“That applies to companies like us who are making the packaging, to the brands and retailers who are purchasing it, and it even applies to the consumers who are buying it.

“How can I as an environmentally-conscious consumer search for, seek out and prioritise products made from recycled content.

“I’d argue it’s next to impossible right now, because they either don’t know to look for it, or the information is not being presented.

“Until that connection starts to take place, I think it’s going to be hard to move the needle on recyclability.”

Whether it’s setting out clear sustainability goals or signing up to global commitments such as the Ellen MacArthur Foundation’s New Plastics Economy Global Commitment,  many companies have made efforts to become more sustainable.

Despite this — according to a 2018 survey published by consultancy Futerra — 88% of consumers still want more help from brands to live sustainably.

Speaking to more than 1,000 people in the US and UK, the research found that 43% of respondents say brands make it harder to be environmentally-friendly and ethical in their daily lives.

Healey believes that communication is the key to getting consumers to understand what companies do to make products sustainable.

He said: “When an environmentally-conscious consumer holds a piece of plastic packaging in their hands without any other message to communicate to them why it was there, all their thoughts go towards what they’ve heard about single-use plastic.

“They think about all the statistics that they’re bombarded with on plastic bags and straws, and immediately start to think the person who made this decision must not have given any thought to its the environmental consequences.

“The unfortunate reality is that’s the exact opposite.

“In many cases, some of the key companies are actually doing this correctly, but where there seems to be a gap is making consumers realise that.

“So what I’m starting to see is some of the leaders in this space dedicate some of their real estate — whether it’s physically on the product, in the store or on their websites — as to why this packaging actually exists.

“Another important point to this is, now that the consumer has this packaging, making sure they know how to dispose of it.

“As businesses, we can’t just hang our hats on people checking the product’s recyclability on the box.”