Innovations made by businesses include PowerHouse Energy's DMG technology, which is turning unrecyclable plastic into hydrogen power 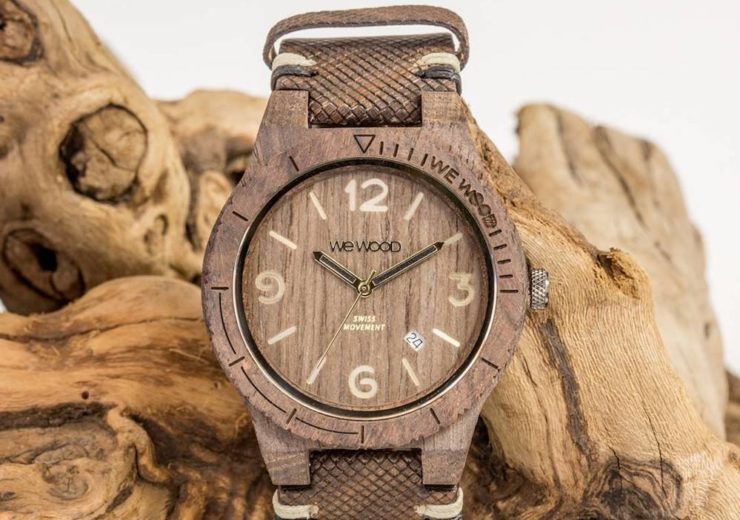 Whether it’s turning chewing gum into shoes or making watches from used wood, businesses across the planet are looking to develop more sustainable products. For World Recycling Day 2020 on 18 March, we look at seven organisations innovating in this space.

It’s estimated that humanity consumes 1.75 times more natural resources than Earth can regenerate over a year.

This means it takes 20 months for the planet to replace what we devour in 12.

In an effort to limit the natural resources they use, businesses are turning to recycled goods in their manufacturing processes.

Many multinationals have also made large-scale commitments to ensure their plastic products are recyclable, reusable or compostable.

Others have gone a step further, tackling waste that is not traditionally easy to recycle, using the material to develop alternative products or putting it through new waste disposal processes.

From shoes made from chewing gum to bottles turned into t-shirts, we look at seven innovative ideas that could shape the way the world uses waste.

Founded at the turn of the century, waste-to-energy technology developer PowerHouse Energy’s single objective is to develop a solution to the growing problem of waste going to landfills by converting it into commercially viable products.

The company is working to achieve this goal is through its distributed modular generation (DMG) energy recovery system.

This is a new form of chemical recycling designed to take waste plastics and recover the maximum amount of power by converting them into hydrogen.

For the technology to work, plastic waste is shredded and fed into the DMG Thermal Conversion Chamber, which operates at around 1,000C.

To convert this waste into power, the process involves plastic being heated and vaporised into gases.

The firm’s technology is to be used as part of developer Peel Environmental’s Protos site, which aims to decarbonise the energy the system in the north-west of England.

The plant, which is expected to go online in 2021, is being constructed by environmental developer Waste2Tricity and will initially supply electricity to local businesses.

Shoes made from chewing gum

In the Netherlands, about 1.5 million kilogrammes of gum ends up on the streets every year, making it the second most littered item after cigarette butts.

In an attempt to tackle this problem, businesses in the capital city of Amsterdam have collaborated to turn the discarded gum into shoes.

To do this, the manufacturer uses Gum-tec, a compound developed by recycling company Gumdrop that’s partly made from used chewing gum.

The sole of the Gumshoe, designed by shoe brand Explicit Water, is made from about one kilogramme of recycled chewing gum found on the streets of Amsterdam, with the rest of the product created from leather.

Initially launched as a fertiliser manufacturer in 2001, TerraCycle is no stranger to tackling waste that’s traditionally difficult to recycle.

During its near-20-year existence, the recycling company has set-up both crisp packet and toothpaste tube collection schemes.

Another waste type it’s looking to tackle is the cigarette butt.

Launching its cigarette recycling scheme in Canada in 2012, it quickly expanded into the US – with the company diverting 2.5 million butts, which contain microplastics, away from landfills.

Once TerraCycle collects the waste, the cigarettes and packaging are separated by composition and melted into hard plastic, which can then be remoulded to make new industrial products.

Founded in the Italian city of Florence in 2009, WeWOOD claims to be the first company to create wristwatches made from reclaimed and reprocessed wood.

Alongside this, the company plants a new tree for every watch it sells.

An initiative run in collaboration with non-profit organisations such as American Forests and Trees for the Future, the firm has planted more than 400,000 trees across the globe since the programme began in 2010.

In 2015, WeWOOD launched its first range of glasses made from repurposed woods such as cottonwood and bamboo.

In August 2019, Yale University announced it was conducting a study to look at whether robotics could improve waste management in the recycling industry.

The four-year research project run by the US-based Ivy League university is investigating how robots could be used alongside humans in the sector.

Speaking at the time, Yale associate professor of industrial environmental management Marian Chertow said: “Waste sorting is the most important problem that we face in the recycling field because if we don’t do it well the market prices diminish significantly.

“Many countries are announcing that they will phase in bans because they don’t know what to do with all the material — they are just overwhelmed.

“The last thing the world needs is a serious threat to recycling because it’s one of the few environmental habits and positive solutions that people have been working on for many years.”

The project, backed by the US’ National Science Foundation, is examining whether collaboration between humans and robots can improve the quality of recyclables and the profitability of the sector.

It’s estimated that the apparel and footwear industries account for more than 8% of the global climate issues — greater than international airline aviation and maritime shipping combined.

To reduce this environmental impact, the idea of circular fashion – where garments are recycled into new materials – has become increasingly popular.

One company involved in recycling waste into clothes is Recover Brands, which sells 100% recycled t-shirts and apparel made from discarded water bottles and cotton.

Founded by NC State graduate Bill Johnston in 2010, the firm has diverted 7.8 million plastic bottles from landfills and saved more than 29 million kilowatts of energy.

To develop the clothes, the company first collects and sorts used plastic bottles and salvages cotton from discarded industry scraps, which is sorted by colour and blended with polyester.

The fibre reclaimed from this process is then spun into yarn, knitted into fabric, which is then cut and sewn into a garment.

Of all the plastic packaging that gets thrown away around the world, only 9% gets recycled – with the rest going to landfills, incinerators and oceans.

BioCellection aims to address this problem by taking waste plastics that no one else can recycle and converting them into “virgin quality” materials.

Co-founded by Miranda Yang and Jenny Yao in 2015, the company initially developed a process for unrecyclable polyethylene – which accounts for about 34% of the total plastics market.

The company has since turned its attention to LDPE and HDPE flexible plastics.

To recycle the waste, BioCellection breaks down polymer chains by cutting apart carbon on carbon bonds, which in turn forms valuable organic acid compounds that can be purified and reused to create products.