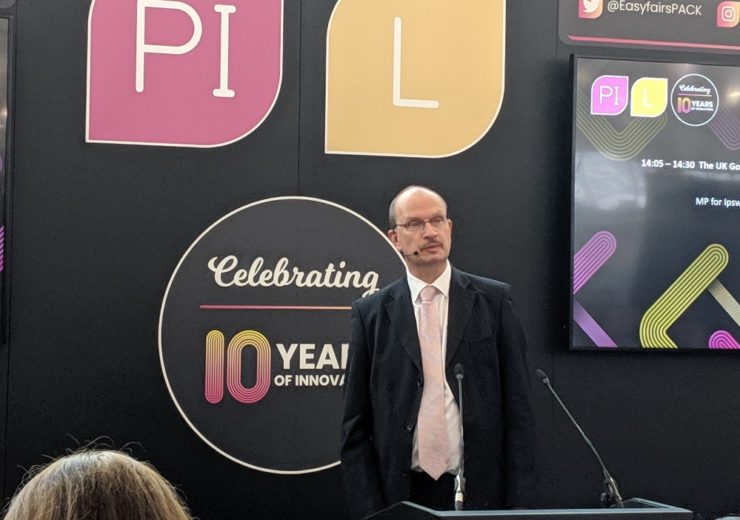 Its strategy was first laid out by the Department for Environment, Food and Rural Affairs (Defra) in December last year.

Martin, the Labour MP for Ipswich, was addressing the Packaging Innovations forum which took place earlier this week at London’s Olympia exhibition centre.

The minister concedes the strategy is step in the right direction, but more needs to be addressed.

He said: “Our overall criticisms are not that it goes too far, but that it does not go far enough.

“It is not coherent enough, not comprehensive enough, it does not make enough distinction between policies to prevent pollution and policies designed to reduce climate change.

“It does not put enough emphasis on waste prevention rather than recycling and, above all, it is not urgent enough.”

Martin made a point of targeting the disposal of compostable plastic packaging.

The government’s waste strategy says it will work towards ensuring all packaging is recyclable, reusable or compostable by 2025, but does not outline how it will manage the disposal of compostable products.

Martin believes the marketplace needs to be tightly regulated, in order to optimise its place in the waste system.

He said: “If we are going to allow the release of waste in the environment, in this case plastics into the soil of our country, then we need to ensure that our compost is free from plastic, and we can only do that if all the plastics used in such applications are compostable.

“At the same time, there are plastics that are eminently recycable, HDPE bottles for milk is a classic example.

“If this plastic is infected with compostables, however, that may reduce the ability to recycle the plastic in the first place.

“Compostable plastics have an invaluable part to play in creating a sustainable waste regime, but only if they are tightly regulated to ensure that they are exclusively used in certain applications and not for others.

As part of the improvements to the waste system, Defra launched four consultations earlier this year, receiving responses from business, non-governmental organisations and the general pubic.

Of the 1,700+ responses, there was widespread support for a deposit return scheme and extended producer responsibility.

Ahead of the first Big Plastics debate at Packaging Innovations, trade organisation the Foodservice Packaging Association’s executive director Martin Kersh urged those present to make sure they respond the next round of consultations.

He said: “We had a few respond to the businesses response, actually, we were totally submerged in responses from the non-government organisations and from the public which is great, but business did not respond enough.

“Now I am a bit of a grumpy old man, but this makes me really grumpy, it really does.

“The reason I say this is because of the way this stuff is analysed, they just take percentages.

“So business makes its point, but naturally business is going to have a small percentage, so we really do have to respond to the next wave of consultations.”