Among other areas, Microsoft creative director of design, global packaging and content discussed how his team developed products for the disabled community 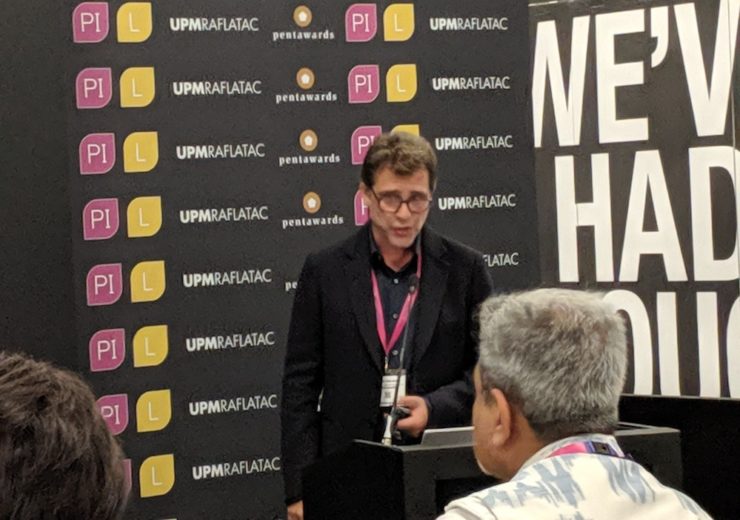 Microsoft had to change packaging design thinking from a culture of “know it all” to “learn it all”, according to a design chief at the company.

The tech giant’s creative director of design, global packaging and content Kevin Marshall discussed how its developers learned from users to make the best boxes for some of its products.

He was speaking at the Pentawards Conference, part of Packaging Innovations 2019 at London’s Olympia exhibition centre.

One product Marshall focused on was the design of Microsoft’s new line of controllers adapted specifically to suit players with disabilities, and how it was a design learning experience.

He said: “It took a lot of partnership, the courage to build differently and the humility that we don’t know everything, not even close, and a commitment to delivering a fundamentally human experience, and lots of learning.

“The team took a lot of processes and packaging lessons away from this programme, many of which we are going to be leveraging for many years to come, and it was these learnings that really shaped the final result.

“Three of the most important learnings that we gleaned during this journey was the richness of designing with your intended consumer, the power of failing fast and finally the importance of embracing unexpected insights.”

First announced in 2018, the specialised controllers were developed to meet the needs of and support those with a wide range of disabilities.

The controller features two large buttons, which can be operated with hands, elbows or feet.

It is designed in this way to allow players to place the remote on their lap, table, or on the floor.

“They usually require custom solutions which can cost thousands of dollars and a lot of technical expertise to set up; you often have to go to a non-profit organisation to get them made and there are waiting lists.

“We wanted to solve all those problems; we created the Xbox adaptive controller to be accessible and affordable.”

Marshall, who is also the creative director at the company’s packaging design studio, discussed how “failing fast” — removing some preconceived design ideas — allowed the team to develop a product much more suited to the consumer.

He said: “In a way, before we could even begin designing, we had to break down all of our assumptions on what packaging success looks like, we had to confront some of our own personal and professional bias.

“On a project like this, where we were literally learning on the fly, failing fast by listening, design test, repeat, was invaluable.”

He also discussed how, by learning from the user, the team changed the way they built the final packaging product.

He said: “The old maxim of less is more doesn’t really apply to the disability community, certainly not in out-of-the-box experiences.

“The number of steps to the product was almost irrelevant compared to the complexity of those steps, regardless of how intuitive they were.

“This really required recalibrating on our part as designers.”

One idea that was brought into the product, against those design biases and calibrating the product to the consumers, was the use of loops.

He said: “I’ll confess that, before this project, I wasn’t a great fan of loops, but that’s the point, this package is not about me, it’s about the consumer.

“Loops are a tremendously useful lever, providing multipliable ways for users to access products, and loops feature prominently in our adaptive control package.

“The value of loops as a packaging element to this particular community cannot be overstated, loops can be a great facilitator for product engagement and in empowering element in an outboxing experience.”