This address to UK politicians at the House of Commons was made by Amy Meek, teenage co-founder of the environmental charity Kids Against Plastic 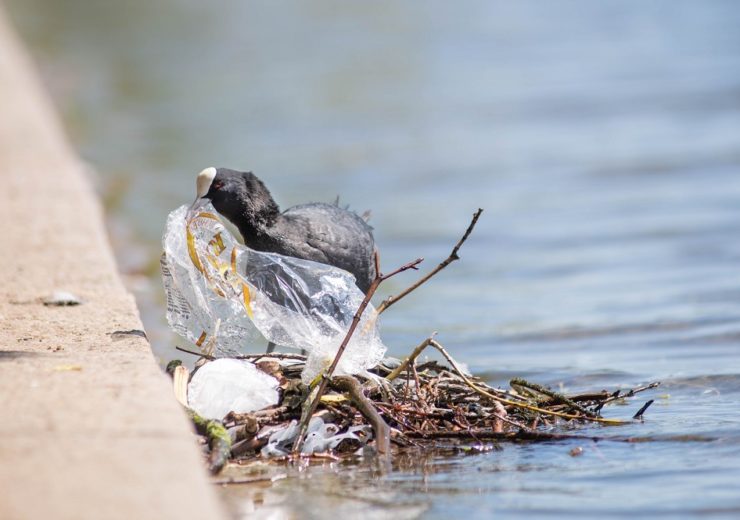 Coot sitting on a nest with plastic in the river Lea.(Credit: Greenpeace)

The plastic problem is not an issue that should be left to the next generation, according to Amy Meek, the 15-year-old co-founder of environmental charity Kids Against Plastic.

Addressing the launch of Greenpeace’s Upstream: Microplastics in UK Rivers report at the UK House of Commons this week, Ms Meek was resolute in her conviction that the UK’s politicians have a duty to solve plastic pollution sooner rather than later.

“Your jobs lie in taking the meaningful and urgent action necessary in order to combat this plastic crisis,” she said.

“If we are to stop this problem before it becomes too late to reverse the damage, we cannot afford to wait another day.

“Actions need to be driven by the government and our to bring about the necessary change.

“For the sake of my generation, and the planet we inherit from you, we need robust legislation and concrete action.”

Plastic reduction targets must be written in law

Ms Meek also addressed the UK’s Environment Bill, calling on the government to have plastic reduction targets written into law.

She said: “We need to stop shipping our plastic waste aboard, meaning it is out of sight, out of mind, and we need a long-term strategy, innovation and legally-binding comments, with a shorter time scale.

“My generation did not create this plastic problem, and we don’t want to be the ones responsible for clearing it up.

“Many of you in the room today will have powerful roles with the capability to bring about change.

“Do you want to be known as the leaders who knew about this disaster and had the means to prevent, but didn’t?

“Do you want to leave my generation an enormous environmental bill for which we will have to pay the price?

Set up three and a half years ago with her younger sister Ella, Kids Against Plastic was founded after the pair learned about the UN’s Global Goals initiative and decided to do something to tackle plastic pollution.

Since then, Kids Against Plastic has launched a project called Pick Up 100,000, which aims to collect 100,000 items of plastic waste – and is already past halfway to completion.

Also present at the launch was the Bafta award-winning naturalist Steve Backshall, who said there is a reason to love the problem of plastic pollution.

He said: “I’ve seen what it can do to young people. I’ve seen them galvanised by this problem, kicked into action, inspired.

“And I have had the great privilege to meet people in this country, and all over the world, who are cracking into this problem and trying to do something about it.”

Speaking to NS Packaging, Mr Backshall added: “I see so many young people who now have said ‘yeah this is my thing, this is my topic, this is my way into conservation’, and they are really shouting about it and wanting to make a difference.

“And if it has had that effect of drawing driven young people into conservation, that’s a positive thing.”