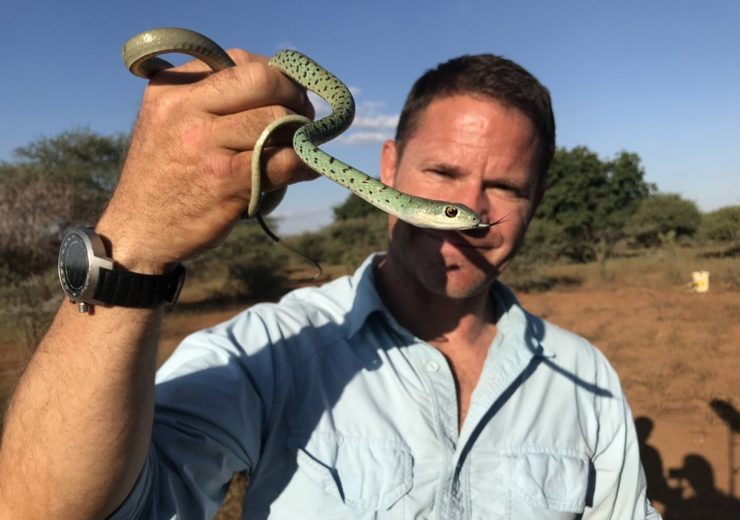 Efforts from the UK government in tackling plastic pollution, such as its ban plastic straws and the tax on single-use bags, were commended by on-screen wildlife expert Steve Backshall at an address in the House of Commons.

Speaking at the launch of environmental charity Greenpeace UK’s  Upstream: Microplastics in UK rivers report, the Bafta-award winning television presenter claimed tackling the problem of plastic pollution in the environment could be “legacy–forming” for the politicians of today.

Addressing the Members’ Dining Room in the UK House of Commons, he recognised the impact that government policy has had on the amount of plastic in the environment.

He said: “A simple tax on single-use plastic bags has removed billions of them from the environment.

“Things like refund systems on bottles or improved packaging have a massive difference, and they can be our legacy.”

“There are organic papers that can do exactly the same job, and by making those changes we can remove billions and billions of items from the wild world.”

More funding is needed to tackle the plastics problem

MPs were also in attendance at the Greenpeace launch event and were encouraged to sign up to a legally-binding target made to reduce the production and use of single-use plastic packaging by at least 50% by 2025.

One of the MPs to sign the document was Shadow minister for the Department for the Environment, Food and Rural Affairs (Defra), Sue Hayman.

Speaking at the event she claimed cuts in funding have had a detrimental impact on the ability to protect the environment.

She said: “The government has made a number of promises, we have had a lot of strategy documents to look at, and we have had many consultations to take part in.

“But this is no good if we don’t maintain and protect the actual infrastructure of our environment.

“Words and consultations are nothing without proper support coming behind them.

“We also need to take stock of the impact of austerity on our natural world, because the cuts to Defra, the Environment Agency and Natural England are having a major impact.”

Ms Hayman also raised concerns with the current draft of the Environment Bill, introduced by the government at the end of last year.

She said: “The upcoming Environment Bill must not just maintain existing standards, but I think it needs to go beyond the current status quo.

“We must have specific, measurable goals in future legalisation, and crucially we need the resources behind that to ensure we don’t just end up with some dusty tokens on shelves.

“We need something that is going to make a difference.

“My team and I will be scrutinising the bill before it comes before Parliament, and it will be really good if we could all work together, cross-party, to actually get the best for our environment in the future.”

Greenpeace UK is pushing for a legally-binding target to reduce the production and use of single-use plastic packaging by at least 50% by 2025.