Heidelberg is in an advanced planning stage with regard to the extensive package of measures announced to sustainably improve profitability and liquidity. Important cornerstones are to be adopted before the end of the current financial year and are expected to show the first positive effects already in the new financial year 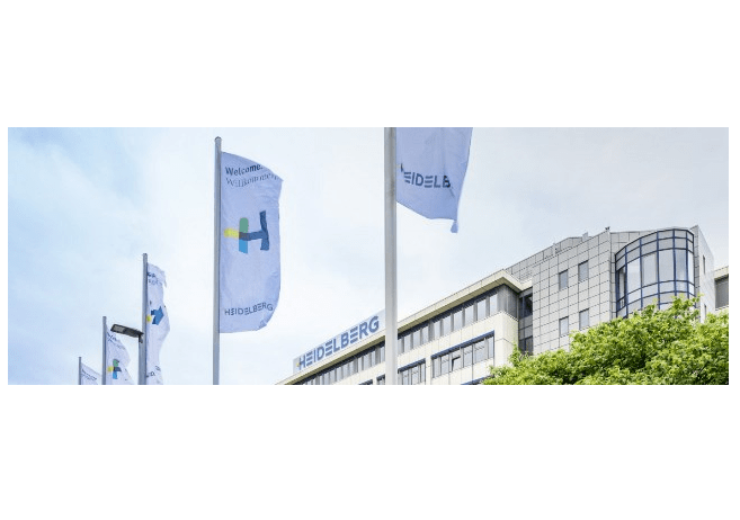 Heidelberg has published figures for the third quarter of 2019/2020 (Credit: Heidelberger Druckmaschinen AG)

Heidelberger Druckmaschinen AG (Heidelberg) today published its report on the third quarter of 2019/2020, confirming the key figures of the press release published on January 20, 2020.

Heidelberg is in an advanced planning stage with regard to the extensive package of measures announced to sustainably improve profitability and liquidity. Important cornerstones are to be adopted before the end of the current financial year and are expected to show the first positive effects already in the new financial year. The measures include streamlining and focusing the organizational structures more strongly on customer needs and more efficient processes, selling additional non-core areas to focus the product portfolio, and restructuring the international production network to significantly reduce the cost base.

“We are gearing Heidelberg on profitable activities and are launching an innovation initiative to expand our technological leadership in our core business,” comments CEO Rainer Hundsdörfer. “This will enable us to consistently adapt to the challenging market conditions, which are currently difficult to predict not least due to the uncertain economic impact of the coronavirus in China, our largest single market.

The goal is and remains to focus the Group on customer-centric solutions and to continue to drive forward the digital transformation. Heidelberg is making further progress in this regard. For example, the company is getting closer to its goal of increasing the share of recurring revenues from subscription offers to around one-third in the medium term. By the end of December, 13 percent of the order backlog was already based on this kind of customer projects.

When it comes to innovation with a focus on autonomous, fully automatic printing, Heidelberg will be presenting a new generation of offerings at the drupa 2020 trade show in June under the slogan “Unfold your Potential”. One example is the popular Speedmaster model with new “Plate to Unit” printing plate logistics to further improve both cost-effectiveness and competitiveness in offset printing. Initial customer orders in this profitable core business of the Group have already been received. Heidelberg is convinced that the enhanced product portfolio will enable it to further extend its market and technology leadership in future-oriented software-based applications, intelligent user guidance, and autonomous processes of integrated solution systems (“Smart Print Shop”).

As announced on January 20, 2020, Heidelberg recorded a stable development of sales and incoming orders over the first nine months (April 1 to December 31, 2019) of financial year 2019/2020. While incoming orders totaling € 1,900 million almost reached the previous year’s level of € 1,912 million, incoming orders in the third quarter totaled € 636 million, up from € 606 million in the previous year. Nine-month sales of € 1,690 million were virtually unchanged; in the third quarter, however, sales fell from € 579 million to € 567 million as a result of the reluctance to invest in Europe caused by the economic situation.

EBITDA excluding restructuring result was € 47 million in the third quarter, compared with € 39 million in the same quarter of the previous year, thanks to non-recurring income of around € 25 million from the sale of the company Hi-Tech Coatings. On the other hand, lower volumes, pressure on margins in the consumables trading business and regional shifts with a less favorable product mix as well as high up-front expenditures in digital printing had a negative impact on business. Cost-cutting measures could not compensate for this development. In the first nine months, EBITDA excluding restructuring result was € 117 million, compared to € 101 million in the previous year. Accordingly, the result before taxes was slightly positive at around € 5 million (previous year: € 1 million), while the result after taxes was slightly negative at € –10 million (previous year: € –2 million). Free cash flow improved after nine months to € –73 million (previous year: € –120 million), the equity ratio was 13.6 percent. Net financial debt totaled € 389 million on the reporting date, and leverage amounted to 1.9.

“We will streamline Heidelberg in organizational terms, divest non-core areas and assets and thus significantly reduce our cost base. With the planned package of measures, we see good potential for significantly improving liquidity and balance sheet quality,” added Marcus A. Wassenberg, the company’s CFO.

On January 20, 2020, the company adjusted its forecast for the year as a whole to reflect the challenging market conditions. The Management Board expects net sales for the year as a whole to be slightly below the previous year’s level of around € 2.490 billion. EBITDA excluding restructuring result and excluding the non-recurring income from the sale of Hi-Tech Coatings is expected to be in a range of 5.5 to 6.0 percent of sales. The after-tax result will accordingly be slightly negative. On the basis of the announced EBITDA range, the leverage, including the effects of the first-time application of IFRS 16, should be around 2.

Comar to build new facility in California, US