The Koenig & Bauer’s Rapida 76 press is planned to be installed at August Faller’s facility in Łódź, Poland in spring 2021 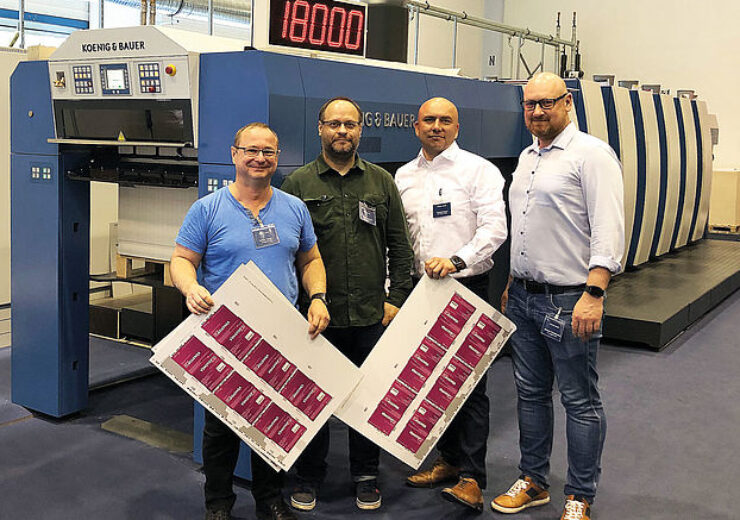 August Faller, a German manufacturer and system supplier of pharmaceutical secondary packaging, has invested in a new Rapida 76 press from Koenig & Bauer, to boost its production capacity.

The new high-end half-format press is planned for installation and production at August Faller’s facility in Łódź, Poland in the spring of next year.

Featuring seven printing units and twin coaters, the Rapida 76 press is expected to boost August Faller’s annual carton packaging production capacity by around 20% to over one billion units as well as increase time raising efficiency and print quality.

August Faller director Krzysztof Krupa said: “We expect to increase our production capacity to around 1 billion folding cartons per year, and then in further steps to as much as 1.4 billion.”

Krupa said that the company’s production output increased from 630 to 850 million folding cartons per year between 2018 and 2020 in Łódź.

August Faller is claimed to be the first company to receive the Rapida 76 press in a double-coater configuration in the Polish market, Koenig & Bauer noted.

Krupa added: “We believe that we have chosen the best and fastest press in this format class. It will boost our productivity dramatically, and the quality of the pharmaceuticals packaging we produce will also be improved significantly.

“The seven printing units will enable us to work with a broader spectrum of colours, while the two coaters give us many more finishing options. That all adds up to a very future-proof solution.

“Another important point was the footprint of the press itself; even with its relatively large number of printing and finishing units, it is still a very compact press.”