From taking on food waste to promoting recycling: What is WRAP?

Set up in 2000, WRAP is one of the UK's leading voices for the circular economy and tackles issues such as food waste, recycling and plastic 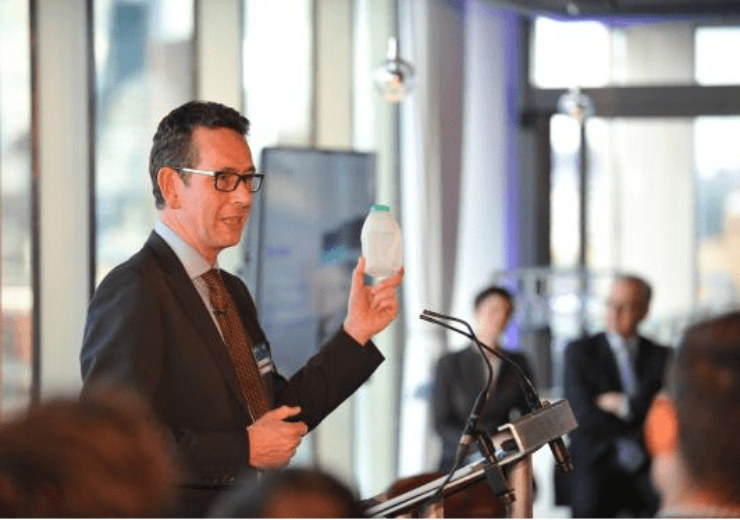 From working with devolved governments to promoting recycling, the Waste and Resources Action Programme (WRAP) charity has been one of the UK’s leading advocates for the improvement of waste management.

The not-for-profit has been involved in campaigns designed to explore and improve areas such as recycling and the reduction of food waste.

The organisation has also worked with the Ellen MacArthur Foundation circular economy charity to develop the UK Plastics Pact, a project which brings together major businesses from across the retail sector – including McDonald’s, Coca-Cola and John Lewis – with the aim of reducing plastic waste.

We take a look at what WRAP is doing in Britain, including striving for better recycling and aiding the reduction of food waste through improved labelling.

History of the WRAP charity

Launched in 2000, WRAP was set up as a way to promote sustainable waste management for packaging and food products.

What is the WRAP charity’s Recycle Now campaign?

The first major campaign WRAP was involved in setting up was Recycle Now, which began in 2004.

A national recycling campaign for England that is supported by the UK government, it aims to help people recycle more often.

Used by more than 90% of English local authorities, part of the WRAP-managed campaign’s mission is to educate consumers about recycling labels and outline which items can and can’t be recycled.

Ever since Recycle Now started, it has held a promotional campaign called Recycling Week, in which the organisation partners with major UK brands to publicise the importance of this form of waste management.

Working with firms like Unilever, Robinsons, Marks & Spencer and Aldi, this year’s campaign was promoted via adverts on electronic billboards and the hashtag #RecycleWeek on social media.

Recycle Now’s campaign manager Craig Stephens said: “This truly looks like it’s going to be the best Recycle Week yet, and we’re thrilled to have support from a huge range of brands, retailers and businesses.

“More and more people are recycling, which keeps materials in use and out of the environment.”

WRAP is no stranger to working towards the reduction of food waste, providing improved understanding and guidance through its Love Food Hate Waste campaign.

In 2017, the organisation – in association with the UK’s Food Standards Agency (FSA) and Defra – published guidance setting out best practice for date labels on food products.

Among its initial recommendations was for business to introduce a “Little Blue Fridge” and “suitable for freezing” labels for certain food products.

Speaking at the time, FSA chairwoman FSA Heather Hancock said: “I welcome this clear guidance to help tackle food waste, without compromising the safety of food.

“It will help businesses supply food that is properly described and stored, and safely provided to consumers.

In a 2019 survey, WRAP found that more than 20% of food products on sale in UK stores had just two days or fewer remaining on their sell-by date.

The research called for the removal of the “freeze on day of purchase” label, as it could lead people to throw away good food instead of freezing it until the date marked.

It did find that almost all products looked at had the correct storage advice, with its own “Little Blue Fridge” and “suitable for freezing” symbols gaining increased prominence.

WRAP director Peter Maddox said: “The way food and drink is packaged, labelled and priced can influence household food waste, and retailers and brands are uniquely placed to help minimise food waste in the home.

“Overall, we’ve seen good progress from all, but we have also been very clear with each company where more work is required, and where they are falling short.”

In 2018, WRAP came together with the Ellen MacArthur Foundation to form the UK Plastics Pact, a collaborative initiative that aims to help turn the tide on plastic waste.

It brings together businesses, governments, innovators, non-governmental organisations and citizens to set out plastic reduction targets.

Part of the Ellen MacArthur Foundation’s New Plastics Economy initiative – which has facilitated commitments by firms such as Coca-Cola, PepsiCo and Unilever to making 100% of their plastic packaging recyclable, reusable or compostable by 2025 – the UK Plastics Pact aims to drive collaboration within countries and regions to achieve a circular economy for plastics.

The circular economy is a system designed to keep resources in use for as long as possible, extract the maximum value from them while in use, then recover and regenerate products and materials at the end of each service life.

At its launch, WRAP CEO Marcus Gover spoke about having a “once-in-a-lifetime opportunity to rethink and reshape the future of plastic so that we retain its value, and curtail the damage plastic waste wreaks on our planet”.

Last week, the Pact released its first annual report, which stated that more than one billion problematic and unnecessary single-use plastic items are due to be eliminated by the end of 2020.

Gover said: “The way that we make, use and dispose of plastic is transforming, and I am proud of the progress that the pact has made so far.

“But there is no magic wand – we’re unpicking a highly complex and well-established system, and making sure that we don’t simply displace the environmental cost elsewhere.

“We can’t gamble with the climate in our desire to tackle plastic pollution.”