It's estimated that littering in the UK has increased by 500% since the 1960s, with 1.3 million pieces of rubbish dropped on its roads every weekend 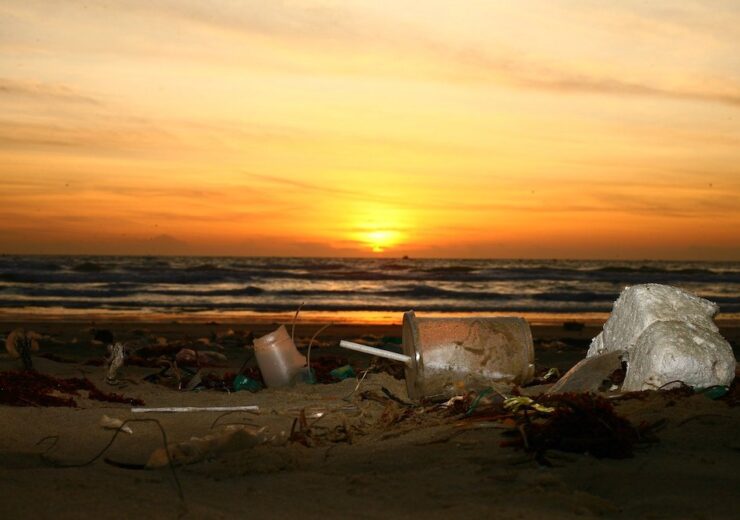 It costs the UK taxpayer more than £1bn ($1.2bn) to clean up litter over the course of a year (Credit: Pixabay)

With more than two million pieces of rubbish dropped each day, the UK is one of the worst countries in the western world when it comes to littering.

This amount of dropped litter is estimated to have increased by 500% since the 1960s.

And the issue has seemingly worsened since the Covid-19 pandemic hit, with charity Keep Britain Tidy saying in June that it was concerned about a “littering epidemic as lockdown eases”.

Discussing the issue of littering as a whole, charity Clean Up Britain’s founder John Read believes it’s important to remember that it’s “people who drop litter, not companies”.

Speaking at a webinar hosted by the Foodservice Packaging Association (FPA) earlier this month, he added: “Now you may say that’s an absolute statement of blindingly obvious, but actually a lot of companies have come in for a lot of flack.

“This is particularly the case for a lot of larger companies who are in the firing line like Coca-Cola and McDonald’s.

“So we’re very focused on trying to find behavioural interventions that will make a difference, are effective and have a lasting impact on behaviour.

“It’s fine litter picking, and there are tens of thousands of people all over the country who do it, but I liken it to trying to mop up while the taps are still running — it’ll just carry on going for ever and ever.”

From shifts in attitudes to fines, we look at ways the UK can tackle its littering problem.

Attitudes towards littering in the UK need to change

A clear factor behind the UK’s littering problem, is the number of people who, purposely or not, drop waste on the streets.

Costing the UK taxpayer more than £1bn to clean up over a year, it’s believed that 62% of the population of England are guilty of littering in one way or another.

Read says there’s a “cultural problem in the country”, as he feels the problem is all about “pride and respect”.

He added: “We’ve got 20 million people who are consistently behaving badly in relation to the environment, and that’s why we’ve got such huge problems, and that’s why we need a very comprehensive and multifaceted approach to it.”

According to Read, the age group dumping the most waste are those aged 16-25, with  “all sorts of socio-economic reasons” to blame.

He explained: “We believe there are up to 14% of people who are socially dislocated and have no affinity with society.

“They don’t care about issues that are bigger than litter, so they’re not going to care about litter that’s for sure.

“As for citizen participation, there are lots of people who want to try and do the right thing, but research again shows there are about 20 million people who are to some extent littering in this country — which is around 30% of the population.

“I often say recycling is a staged process, it’s about saying to somebody that is a bin — it doesn’t matter if you’ve got a job or you haven’t, it costs you nothing to put it in the bin, please just do it – but many people won’t.”

However, Veolia’s external affairs director, Martin Curtois, believes Covid-19 has led to shifts in how the general public views waste.

With an estimated 46.6% of people in the UK doing some work from home in April 2020, larger numbers have likely visited areas such as parks during their leisure time.

Curtois believes that, during lockdown and post-lockdown, people have “come to value their parks more, because they’re going out close to home” — however, he does raise the issue of the volume of litter bins provided in such areas.

Also speaking at the FPA’s webinar earlier in the week, he added: “The sadness obviously is when you see a bin that’s overflowing because it seems that people do value them, but then they run out of space to actually use it.

“But I think there is a huge value of litter bins, I just think we need to make 100% sure that if a bin is overflowing, that a local authority can be contacted and they can clear it out.”

How new laws could help reduce littering in the UK

A major part of future waste management policy in the UK is the introduction of nationwide deposit return schemes (DRS) — which put a small charge on plastic bottles, with consumers able to claim it back if they’re deposited at one of the scheme’s recycling sites.

It’s a system that has been commonplace in Europe since the 1980s, with the first country to introduce such a scheme being Sweden — set up for cans in 1984 and then expanded to include PET plastic bottles 10 years later.

The scheme is expected to have a big impact in the UK, with Zero Waste Scotland predicting in July 2019 that DRS will see plastic bottle littering drop by 90% in Scotland.

The non-governmental organisation predicts there will be almost 31,000 fewer plastic bottles dropped each day — saving more than 11 million annually from polluting the environment.

Speaking at the time, Zero Waste Scotland’s chief operating officer, Jill Farrell, said the deposit’s cost — set at 20p — will give people the “incentive to do the right thing” with empty bottles and cans.

Scotland is expected to be the first country in the UK to introduce a nationwide DRS system, coming in 2021, with England and Wales following in 2023.

Read hopes the introduction of DRS will lead to an “army of unpaid litter pickers, picking up plastic bottles and collecting all the 20p deposits”.

He added: “In theory, it should help the issue, but we know from all our work that DRS will not be a silver bullet.”

To increase enforcement, Read believes littering fines need to be increased to £1,000.

Big fines for littering are commonplace in some areas of the world, with the US state of California having a $1,000 fine, while the state Massachusetts hands out penalties of $10,000.

A huge factor behind why Read believes fines need to be increased, is because local authorities are not “incentivised or interested” in tackling littering.

He added: “We really need to start getting serious and send out a serious message — and a £1,000 ($1,296) fine would make a difference because councils would, even before they were mandated by central government, start enforcing it.