Focus on the New Plastics Economy Initiative and its efforts in pushing companies towards a truly circular economy, in light of the Covid-19 pandemic. 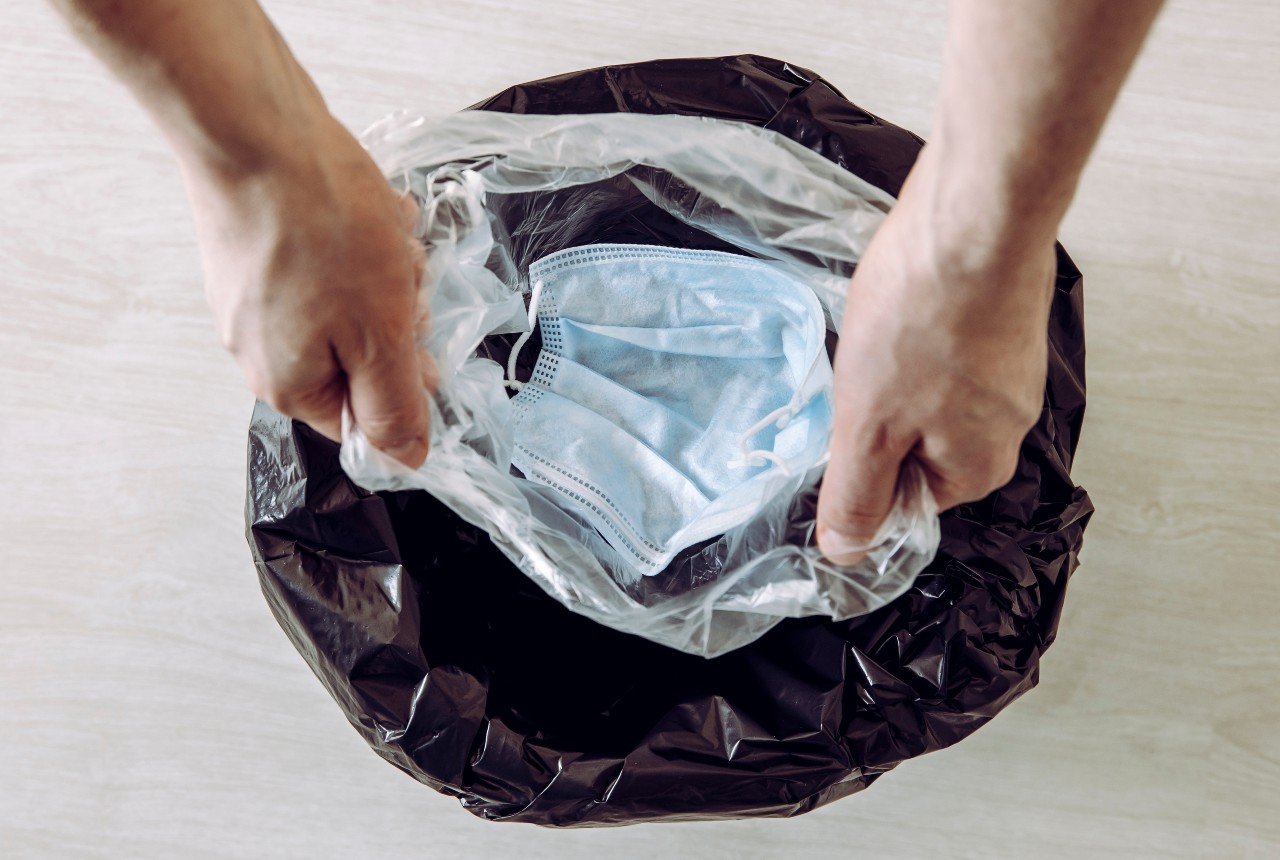 Some hospitals have implemented ‘reuse and repair’ strategies to disinfect and reuse equipment that would normally be thrown away. (Credit: FotoHelin/Shutterstock.com)

The New Plastics Economy Initiative from the Ellen MacArthur Foundation has been at the heart of programmes to improve plastic recycling so that it does not end up in the oceans or as landfill. Abi Millar speaks to Sander Defruyt, lead of the New Plastics Economy Initiative, about what is being done to bring companies towards a truly circular economy, even as the Covid-19 pandemic has caused an increase in the use of single-use plastics.

Among the many damaging effects of the Covid-19 pandemic, one of the less-reported ones has been an uptick in the use of plastics. With hygiene on everyone’s minds, attempts to cut back on plastic have hit a roadblock.

The most obvious source of plastic pollution has been personal protective equipment (PPE), including masks, gloves, protective medical suits and perspex screens. Researchers in Bangladesh estimated that, in the first month of lockdown, the country generated 14,500t of hazardous plastic waste, including 1.2 billion disposable gloves.

And, according to Grand View Research, global sales of disposable face masks are set to more than double in 2020 compared with the previous year.

Equally salient has been a rise in takeaway food packaging, delivery packaging, disposable plates and plastic bags. Some of this was legally mandated, as when several American states temporarily banned customers from bringing their own reusable bags into stores.

It is understandable how this came about – one study suggested the coronavirus can live for up to three days on polypropylene. But it increased the number of plastic bags in circulation, with 500 million extra bags used each month in California alone.

These developments are particularly frustrating in the context of previous successes. Until the pandemic, the world was on a broadly positive trajectory when it came to reducing plastic waste. However, since then, many oncoming changes have been delayed and existing ones reversed.

To name a few, the UK government confirmed that it was delaying a ban on plastic straws, stirrers and cotton buds. The ban, originally slated for April 2020, instead came into force in October. It also removed the £0.05 charge for plastic bags used in online delivery services.

A number of fast food chains have banned reusable cups and food containers. And Scotland’s deposit-return scheme for bottles has been pushed back by more than a year.

While many jurisdictions have maintained their policies around single-use plastic packaging, others have focused on the immediate health crisis to the detriment of the looming planetary crisis.

Covid-19 “seems to be shifting the tide towards single-use plastics”, said Grzegorz Peszko of the World Bank in April, before adding that “any spike in plastic demand would likely be temporary and should not change the long-term goals of transitioning to a circular economy.”

The big question, then, is whether countries are able to get quickly back on course. Can they use Covid-19 as a moment of reset, building new ecological initiatives into their recovery plans?

Move towards a circular economy

Sander Defruyt, lead of the New Plastics Economy Initiative at the Ellen MacArthur Foundation, certainly hopes so. He thinks that the pandemic has served to emphasise the limitations of our linear economic system.

“To take PPE like facemasks, for example, we’ve seen very clearly how over the past decade we’ve built a linear system that’s dependent on a continuous flow of single-use items with just-in-time delivery,” he says. “It’s a super-efficient system but it’s not resilient at all.

“As soon as there is a little interruption or glitch in the supply chain, there are shortages all around the world. Another thing it shows is that all these items, from face masks to respirators, are designed without keeping in mind what happens after they’ve been used.”

He adds that, at the peak of the pandemic, many hospitals took matters into their own hands and implemented some key circular economy principles like ‘reuse and repair’. They found ways to disinfect and reuse their PPE and learned new ways to repair respirators in order to reduce waste.

In June, we published an open letter signed by over 50 CEOs and political leaders, stating that this is the point to step up the circular economy, rather than stepping back.”

The New Plastics Economy Initiative started life in 2015, with a view to moving towards a circular economy for plastics. The idea is that, while cleaning up plastics waste is crucial, it will all be for nothing if we don’t stop pollution at the source.

A circular economy for plastic – a vision that works

In 2016 the New Plastics Economy Initiative made headlines with its Rethinking the Future of Plastics report. The report estimated that, globally, just 14% of plastic packaging was collected for recycling.

It also stated that, under a business-as-usual scenario in which nothing changes, there will be more plastics in the ocean than fish by 2050. The report made for sobering reading. But it also put forward a vision of a system that could work – namely a circular economy for plastics.

“Since then, we’ve been through three phases,” says Defruyt. “The first two years were a phase of mobilising momentum and bringing together the whole value chain – plastic packagers, brands, retailers, recyclers and so on.

In 2018, we moved from notional momentum to real commitment, and that was with the launch of our Global Commitment and our first Plastics Pact. [In September 2020] we crossed the milestone of having more than 1,000 organisations united behind this vision and working towards concrete 2025 targets.”

The signatories include hundreds of companies, representing 20% of plastic packaging produced globally, along with governments, NGOs, universities, industry associations and investors. While the Ellen MacArthur foundation leads the engagement with the private sector, it falls to the United Nations Environment Programme to engage with governments.

Signatories commit to three clear actions: eliminate all problematic and unnecessary plastic items; innovate to ensure that the remaining plastics are reusable, recyclable or compostable; and circulate all the plastic items we use to keep them out of the environment.

So, we urgently need to focus on those ship-to-reuse models and eliminating problematic and unnecessary items. We won’t recycle our way out of this.”

Over the past few months, even as the pandemic has raged on, the Initiative has continued to attract new signatories. Defruyt points out that a number of existing signatories have actually stepped up their sustainability efforts.

L’Oreal has said 100% of its plastic packaging will be made from recycled or bio-based sources by 2030, while Colgate has launched what it says is the ‘first-ever’ recyclable toothpaste tube.

“We also launched a US Plastics Pact at the end of August 2020 with a group of over 60 stakeholders, and a Poland Plastics Pact was agreed recently,” says Defruyt. “These Plastic Pacts are absolutely crucial to drive progress on the ground.

Although we’ve aligned stakeholders around a common vision globally, the way to realise that vision in practice will be a bit different in other parts of world. Overall, we have seen that this topic is still really high on the agenda for governments and businesses alike.” Despite this positive momentum, the anti-plastic-waste lobby has faced another setback this year.

At the start of the pandemic, oil prices dropped precipitously, falling below zero for the first time in history. This meant virgin plastics were cheaper to produce than normal, and more attractive to cash-strapped companies than the recycled equivalent. Factor in the closure of many recycling facilities, and you have a perfect storm for unsustainable plastics.

Defruyt thinks that while we might see “short-term, temporary impacts”, all is not lost. “Over 200 businesses have set recycled plastics targets for 2025, and in November we’ll publish our second annual progress report that will show a significant jump in recycled plastic use from 2018 to 2019,” he says.

“With the pandemic kicking in, it’ll be interesting to see how that has impacted recycled plastic levels, but in the longer term we haven’t seen any of our signatories pull back their recycled content commitments. So, the oil prices and the pandemic might not make it easier but the industry is still very committed.”

However, he points out that beyond fluctuating oil prices, there is a larger and more important structural gap in recycling economics. This is the fact that collecting, sorting and recycling are more expensive than producing virgin plastics.

“We need external funding to make the system work, and we’re talking about many billions of dollars on a global scale every year,” he says. “It’s very clear that this isn’t going to come just from government budgets or voluntary industry contributions.

We need dedicated funding mechanisms such as extended producer responsibility schemes if we ever want to scale recycling significantly beyond the levels it’s at today.”

Now’s the time, he thinks, to really start thinking about the circular economy. As countries around the world begin their economic recovery from Covid, they will need to work out how to do so without creating more problems than they solve.

“Many voices have been calling for a response to the devastating impact of this pandemic in a way that does not turn away the attention from other global challenges like climate change, biodiversity loss or plastics pollution,” he says.

“But it’s clear the solutions from the past will not be up to the problems we face today. We need to redesign our current economic model.”

He points out that, with economic stimulus packages being announced around the world, governments will need to do some serious thinking about how funds are allocated. “Will they use it to put the old economic model in overdrive, but in doing so also put the issues we know it’s caused – like climate change – into overdrive?” he says.

“Or will they invest in a new circular economic model that will enable us to decouple economic growth from resource use and open up the way for a resilient recovery and the next wave of economic prosperity?”

While there is clearly major work to be done, he does think this idea is being taken seriously. If the Global Commitment signatories are anything to go by, businesses and governments are skewing towards making a real change.

“They are realising the circular economy is more important than ever,” says Defruyt. “[It] presents an attractive way forward to address climate change and pollution, at the same time as contributing to the recovery from Covid.”