The effort is part UNEP and Japan's CounterMEASURE project, which aims to determine the origins of plastic pollution in some of Asia's major rivers 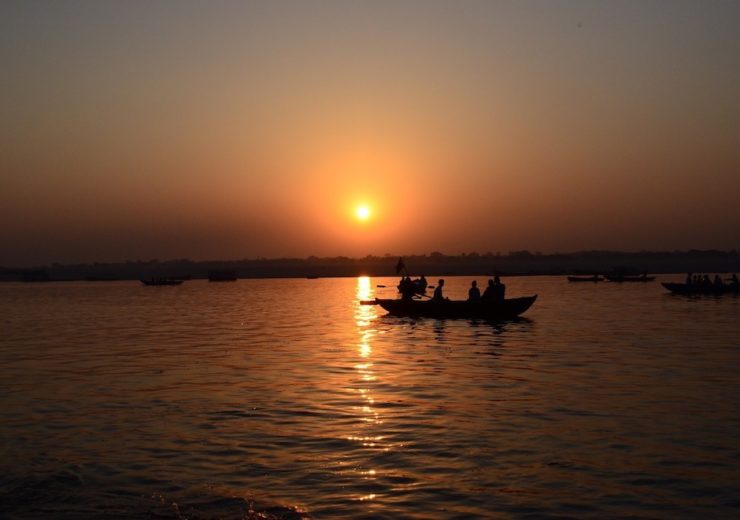 The CounterMEASURE project is providing support to some local authorities along the Ganges river to tackle plastic waste (Credit: Pixabay)

The United Nations Environment Programme (UNEP) and Japan have announced a new “co-operative effort” to tackle plastic pollution across Asia.

The four UNEP-led projects — to which Japan will contribute $6.9m — will also support post-conflict environmental recovery in Iraq and South Sudan.

The bulk of the money will go towards the second phase of the CounterMEASURE scheme.

Set up in March 2019, it aims to determine the origins of plastic pollution in some of Asia’s major rivers and supports local partnerships working to reduce plastic waste.

UNEP’s executive director Inger Anderson said: “The global Covid-19 [pandemic] and the generation of additional waste amplify our urgent needs to find solutions to the crisis of plastic pollution.

“Japan’s support and expertise in waste management is incredibly vital to finding solutions to these problems.

“Japan has long been a committed and reliable partner to UNEP, and we are pleased to deepen this collaboration.”

The CounterMEASURE project was launched in Thailand’s capital Bangkok on 4 March and is looking to develop a simulation model for plastic waste and determine leakage hotspots on the Ganges and Mekong rivers.

Indian cities Mumbai and Agra were among locations on the Ganges to receive help to cut plastic pollution.

Speaking at the time, UNEP’s regional director in Asia and the Pacific Dechen Tsering said: “The scale of plastic pollution is a major problem affecting our oceans and our planet.

“With this initiative, we’re taking important steps to tackle the problem at its source rather than downstream.

“This is an important opportunity for Asian countries to improve knowledge on marine plastic litter.

“By addressing the problem here, we can make great strides toward a planet free of plastic pollution.”

The first phase of CounterMEASURE project has used technologies and methodologies to track plastic pollution to its source along the Mekong and Ganges.

This has allowed for bespoke policy recommendations to governments to stop plastic pollution leaking into waterways.

The second phase will expand on this work by furthering policy and behavioural changes in countries along the Mekong river and India.

It will also bring its techniques to other locations such as Sri Lanka and look at the impact of plastic pollution on wildlife, particularly focusing on migratory species.

Japan’s $6.9m grant for the project is intended to bolster the country’s MARINE Initiative, set up to help meet its Osaka Blue Ocean Vision.

Announced ahead of the G20 summit in June 2019, and hosted in the Japanese city of Osaka, the Osaka Blue Vision is a list of voluntary commitments members of the G20 were encouraged to sign-up to.

It’s part of the organisation’s Actions on Marine Plastic Litter initiative, which was first announced at the 2017 summit in Hamburg.

Included as part of the commitment was the promotion of a comprehensive life-cycle approach to urgently and effectively prevent and reduce plastic litter put into the oceans, and the sharing and updating of information on relevant plans and measures.

The policy follows the MARINE Initiative, which looks at four principal ways to improve the world’s oceans, tackling issues such as the management of wastes, recovery of marine pollution, innovation and empowerment.

The “vision” aims to hit a 2050 target to reduce additional pollution by marine plastic litter.

The organisation aims to achieve this target is by providing developing countries with assistance through bilateral and multilateral commitments, such as Official Development Assistance (ODA)— also known as the overseas aid budget.

In a press conference following the 2019 G20 summit, Japanese Prime Minister Shinzo Abe said the fact that the G20 was able to unite and share the Osaka Blue Ocean Vision was “a major step forward towards resolving this issue”.

He added: “We also agreed on a concrete implementation framework for achieving this vision.

“Japan will fully leverage its technologies and experience to support waste management and human resources development in developing countries, and contribute to the global efforts to address this issue making the most of its characteristics.

Part of Japan’s $6.9m UNEP backing will go to supporting debris management in Iraq, as parts of the country begin to recover from the destructive conflict with Islamic State of Iraq and Levant (ISIL).

The project, launched in April 2020, aims to aid returnees in the Kirkuk Governorate — a province in Iraq — by clearing their homes and providing livelihoods through debris recycling programmes, which will then be used in the rehabilitation works.

Speaking to UNEP, Kirkuk’s assistant governor for technical affairs Ali Humadi said: “Our priority is to enable [displaced persons] to return and rebuild their demolished homes.”

Officials estimate that the conflict with ISIL produced eight to nine million tonnes of debris between 2014 and 2017, with around two-thirds consisting of concrete, blocks and stones that can be recycled.

In partnership with the International Organisation for Migration, UNEP has launched the debris recycling project to help displaced people in the Kirkuk Governorate to return to their homes.

Initially a pilot, it is designed to demonstrate the potential for debris recycling and apply a circular vision to the problem.

As part of this work, they’re also looking to create livelihood opportunities through schemes such as cash for work activities.

Japan’s financing of this project is part of a $41m assistance package for Iraq.

Speaking to UNEP, the country’s ambassador to Iraq Hashimoto Naofumi said: “Japan is pleased to invest in addressing this overlooked debris problem and support a sustainable return process that integrates the humanitarian, reconstruction and environmental angles of the question.”