The factory will be based at Protos, a 134-acre power-from-waste cluster that aims to deliver a decarbonised energy system in the north-west of England 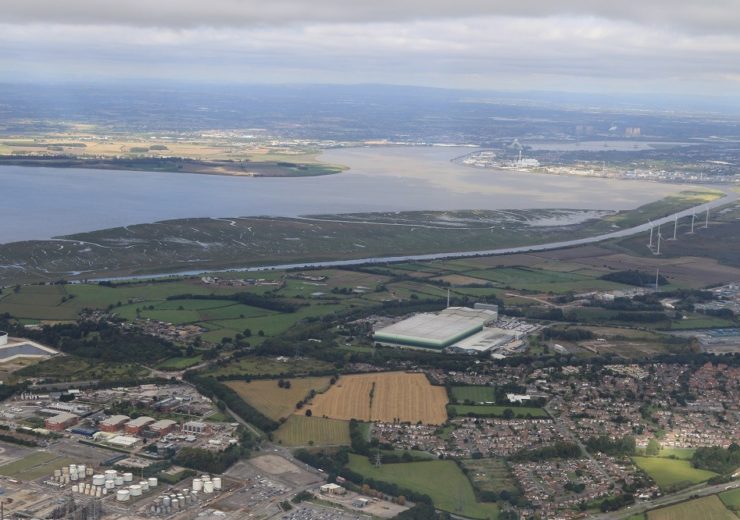 Unrecyclable plastic waste is set be converted into hydrogen that will power cars and properties after a £7m ($8.9m) plant was given the go-ahead.

Planning permission has been granted to developer Peel Environmental for the north-west England factory, which is said to be a UK-first and could be the beginning of a new nationwide approach to processing waste.

It will treat up to 35 tonnes of unrecyclable plastics a day, converting them into hydrogen energy that will be used locally as clean fuel for buses, HGVs and cars.

The plant forms part of the £700m ($896m) Protos project – based on a 134-acre site near Ellesmere Port, off the Manchester Ship Canal – which aims to deliver a decarbonised energy system in the region by clustering power-from-waste businesses.

New Ellesmere Port, as the land is known, also accommodates the University of Chester’s Thornton Science Park, which has already tested the innovative technology that will be used to convert the waste into energy.

Myles Kitcher, managing director of Peel Environmental – which operates the Protos site – said: “The creation of this UK-first facility makes great strides to solve two important issues – the huge amount of waste plastic produced and the over-reliance on fossil fuels for energy.

“The technology has been proven at Thornton Science Park and will now be commercialised at Protos, before being rolled out across the UK.

“This is hugely significant for Cheshire and the wider region, demonstrating how we’re rising to the challenge of being the UK’s first low-carbon industrial cluster and setting a standard for others to follow.”

How is the plant converting plastic into hydrogen?

The Protos site was given planning permission in 2009 and work has already begun on creating 16 plots, which will each house a power-from-waste business.

Construction is set to begin in autumn 2020, with the plant expected to be online by 2021.

It’s being built by environmental developer Waste2Tricity, and will initially be a supplier of electricity for local businesses via an on-site microgrid, before being used in hydrogen fuel cell vehicles.

The development will create 14 full-time permanent jobs at Protos – where 3,000 people could be employed eventually – with more than 100 jobs created during its fabrication and construction.

The plant will contain a distributed modular generation (DMG) system developed by technology company PowerHouse Energy – which purchased Waste2Tricity in December 2019 – to convert the unrecyclable plastic.

Tested at the Thornton Science Park, DMG is a chemical recycling technique that takes waste plastic and recovers its maximum energy value.

It does this by heating plastics and vaporising them into gases.

“We now look forward to working alongside Peel Environmental to complete funding and deliver the first commercial application of our DMG technology, creating hydrogen from waste plastics and helping to kickstart the hydrogen revolution in the north-west.”

The Protos project is part of the north-west of England’s bid to be the UK’s first low-carbon cluster by 2030.

Led by the North West Business Leadership Team, it could deliver 33,000 jobs, more than £4bn ($5.1bn) worth of investment and save 10 million tonnes of carbon a year.

Ged Barlow, chairman of the Cheshire Energy Hub, the energy innovation district in which the site is based, said: “The UK is going to require plenty of innovation if it is to meet challenging net zero targets.

“Projects like this show how in the north-west we’re leading the way and it’s great to see yet another UK first project taking place within the energy innovation district.

“The technology is truly innovative and forms part of our plans to deliver local low carbon energy sources.”